It sounds like a new Apple product, but IPAB is actually a controversial board that is at the heart of House Republicans’ efforts to upend the 2010 federal health law–or at least make it a strong campaign issue. 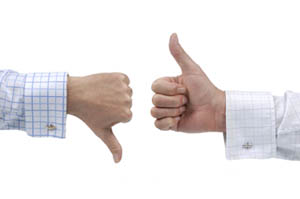 The Independent Payment Advisory Board, created by the health law, is designed to help hold down costs in Medicare, the federal health program for seniors and the disabled. It is not yet operating. But Republicans — and some Democrats — have denounced the concept, saying it would wind up rationing care and would eclipse congressional authority over Medicare.

The House Republican majority passed a bill Thursday that would repeal IPAB. Although earlier this month some prominent Democrats appeared likely to join that vote, when the GOP added a provision to limit medical malpractice awards, Democratic support collapsed. Only seven Democrats voted for the measure, while all but 10 of the Republican majority did. The Senate is also not likely to advance the bill.

The White House last month reiterated its support for IPAB and this week threatened to veto the Republican repeal should it pass the Senate. Last year, President Barack Obama said it was critical to controlling the cost of Medicare, estimated at $524 billion in fiscal 2010.

Here’s a look at the issues:

What will IPAB do ?

Beginning with fiscal 2015, if Medicare is projected to grow too quickly, IPAB will make binding recommendations to reduce spending. Those recommendations will be sent to Capitol Hill at the beginning of the year, and if Congress doesn’t like them, it must pass alternative cuts — of the same size — by August. A supermajority of the Senate (at least two-thirds of those present) can also vote to amend the IPAB recommendations. If Congress fails to act, the secretary of health and human services is required to implement the cuts.

Who will serve on the panel?

It will have 15 full-time members, and only a minority of them can be health care providers. The president is required to get suggestions from leaders of both parties in Congress in nominating 12 of the 15 appointees. For the other three, he doesn’t have to consult Congress. The members have to be confirmed by the Senate. Obama hasn’t nominated anyone yet, but has promised to fill the slots with “doctors, nurses, medical experts and consumers.” Board members, who will serve six-year terms, are to be paid the salary of senior executives in the federal government — $165,300 this year — and cannot hold any other jobs.

Why is IPAB so controversial?

Hospitals, doctors, drug companies and some patient groups are worried IPAB will recommend reductions in Medicare payments — which they say already are too low — and that they won’t have the time or ability to counter the cuts during accelerated congressional action. Doctors and drug companies are particularly worried that they’ll bear a lot of the burden because hospitals and nursing homes aren’t subject to IPAB’s cost-cutting recommendations until fiscal 2020. Lawmakers — mostly Republicans but some Democrats as well — say that IPAB will have too much power and are pressing for repeal of the provision.

Defenders counter that the law bars it from rationing care, restricting benefits or changing eligibility criteria. And, in response to complaints from the health care industry, Sen. John Rockefeller, D-W.Va., who was one of IPAB’s architects, said that the board was specifically designed to reduce the influence of “special interests” on Medicare payment policy. Those interests, he and others say, have kept Congress from making the tough decisions needed to hold down spending and reduce the deficit.

Under the health care law, the board is required to recommend reductions in Medicare if spending per capita is projected to exceed specific targets. From fiscal year 2015 through 2019, that target is based on inflation gauges. Beginning in 2020, the target is based on the growth of the gross domestic product plus one percentage point. Proponents note that IPAB won’t impose a “hard cap” on spending, but rather will recommend ways to reduce spending. “IPAB is meant to be a fallback if the health law doesn’t control spending as well as we think it will,” said Robert Kocher, a former special assistant to Obama on health care.

What if Medicare’s projected spending doesn’t exceed the targets?

In that case, the board isn’t required to make the recommendations.

And in fact, the Congressional Budget Office last year said that is likely to be the situation for almost a decade. CBO is expecting Medicare spending to remain below the threshold that requires action.

But expectations could prove to be wrong. For one thing, CBO could change its outlook. Also, Obama wants to tighten IPAB’s target in later years to the rate of growth of GDP plus 0.5 of a percentage point. He has also talked about giving IPAB some additional clout to enforce its recommendations, but hasn’t provided details.

Even if IPAB doesn’t issue binding recommendations in any particular year because of slow Medicare growth, it must produce annual reports on national health care costs, access, use and quality, which will be more comprehensive than government reports now available. It also may issue nonbinding recommendations on a range of health care issues. And beginning in 2015, it must offer biannual guidance on ways to slow the nation’s total health care spending, including nonfederal spending.

This is an updated version of a story that first appeared May 8, 2011.

The IPAB: The Center Of A Political Clash Over How To Change Medicare