Consumers who received too much in federal tax credits when buying insurance on the health law’s marketplaces last year got a reprieve of sorts from the Internal Revenue Service this week. Although they still have to repay some or all of the excess subsidies, the IRS won’t ding them with a late payment penalty if they don’t repay it by the April 15 tax deadline.

“They’re trying to make this work,” says Timothy Jost, a law professor at Washington and Lee University who’s an expert on the health law. 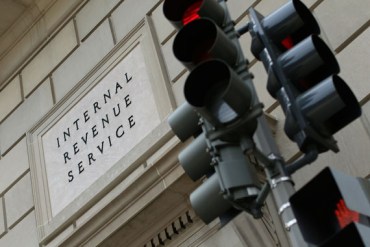 Under the law, people with incomes between 100 and 400 percent of the federal poverty level ($11,670 to $46,680 for an individual in 2014) who did not have insurance through their job could qualify for tax credits to make premiums more affordable. They could elect to have these subsidies paid in advance directly to the insurance company, and many did. A typical tax credit was about $3,000 annually.

The amount people received was based on an estimate of their 2014 income. At tax time, that amount has to be reconciled against consumers’ actual income on IRS Form 8962. If consumers or the marketplace underestimated their 2014 income, they may have received too much in tax credits and have to pay back some or all of it.

How much people have to repay is based on their income and is capped at $2,500. People with incomes over 400 percent of the poverty line have to repay the entire amount, however.

This penalty reprieve only applies to the 2014 tax year. The IRS will allow people to repay what they owe on an installment basis. But be forewarned: Interest will continue to accrue until the balance is paid off.