Enrollment is up and prices are down in Medicare Advantage, which offers Medicare beneficiaries private health plan alternatives – mostly managed care – to the traditional fee-for-service program. The Department of Health and Human Services is hailing the numbers as proof that predictions that the 2010 health law would damage Medicare Advantage were wrong. 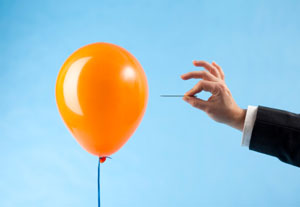 But celebrations may be premature, according to Robert Zirkelbach, spokesman for America’s Health Insurance Plans. He warns that the biggest impact of the health law on Medicare Advantage won’t hit for another couple of years.

The health law required the federal government to decrease payments to Medicare Advantage plans, but now there are temporary bonuses that mostly counter the effect of some cuts that take effect this year, Zirkelbach says. The biggest cuts won’t come until 2015.

About a quarter of Medicare beneficiaries are enrolled in these private insurance plans, and Medicare had been paying about 14 percent more for people in these plans than in the traditional fee-for-service program. The health law aims to equalize what the federal government pays for beneficiaries in both programs.

“When you take $200 billion out of the program, it’s going to have a real impact on seniors,” he said. “These cuts will result in higher out-of-pocket costs and reduced benefits for seniors in Medicare Advantage.” He cited projections from the Congressional Budget Office that enrollment will decline to 13 percent in 2019.

White House adviser Nancy-Ann DeParle blogged on Wednesday’s report from HHS that premiums are 7 percent lower this year compared to 2011 and go beyond the 4 percent decrease projected in September. Republicans in Congress said the health law would virtually end the Medicare Advantage program by increasing premiums and lowering choice and enrollment. “Those predictions turned out to be wrong,” she said.

An administration official said that enrollment is up even though Medicare on average is now paying about 7 percent more (as opposed to 14 percent more) for people in these plans than in the traditional fee-for-service program. An HHS spokesman said that calculation factors in temporary bonus payments.

However, Tricia Neuman, senior vice president of the Kaiser Family Foundation said, “With quality bonus payments and phased in payment reductions, Medicare Advantage still seems to be an attractive market for insurers and seniors.” (Kaiser Health News is an editorially-independent program of the foundation.)

Moreover, Neuman said, health plans “have an incentive to keep premiums low because premiums are relatively easy for shoppers to compare. Of course, for any given senior, premiums are only part of the story.  If plans instead increase copays for services, in lieu of higher premiums, some enrollees could end up paying more.”