Facing incurable breast cancer at age 55, MaryAnne DiCanto put her faith in “precision medicine” — in which doctors try to match patients with drugs that target the genetic mutations in their tumors. She underwent repeated biopsies to identify therapies that might help.

“She believed in it wholeheartedly,” said her husband, Scott Primiano of Amityville, N.Y., a flood-insurance broker. “You live on hope for so long, it’s hard to let go.”

Around this point in the average news story, readers would learn how DiCanto — mother to a blended family of five — took a chance on an experimental drug that no one expected to work.

She would be the scrappy protagonist whose determination to “keep fighting” enabled her to beat the odds — allowing us to celebrate the triumph of modern science and worry a bit less about our own mortality.

But there’s a serious problem with talking about precision medicine for cancer this way.

It misleads the public.

In spite of DiCanto’s high hopes, none of it helped. DiCanto died last year at age 59.

Doctors and hospitals love to talk about the patients they’ve saved with precision medicine, and reporters love to write about them. But the people who die — patients like DiCanto, who succumb to advanced cancer despite the advanced testing — still vastly outnumber the rare successes.

“There are very few instances in which we can look at a genomic test and pick a drug off the shelf and say, ‘That will work,’” said Dr. Nikhil Wagle, a cancer specialist at Boston’s Dana-Farber Cancer Institute who helped develop precision-medicine tests. “That’s our goal in the long run, but in 2018 we’re not there yet.”

Reflecting on his family’s experience with “precision” treatment, Primiano said, “You think it’s going to be more precise, like a laser versus a shotgun. But it’s still a shotgun.”

There has been real progress, of course. 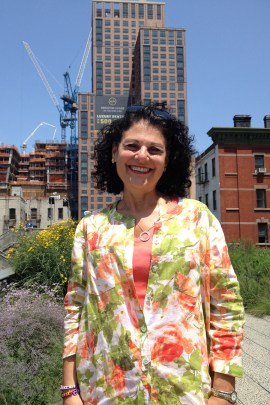 Testing for genetic mutations has become the standard of care in lung cancer, melanoma and a handful of other tumor types. But the number of people with advanced cancer eligible for these approaches is just 9 percent to 15 percent, experts estimate. These targeted therapies help about half of patients who try them, said Dr. Vinay Prasad, an associate professor at Oregon Health and Science University.

Targeted therapies tend to be less successful in patients like DiCanto, who have exhausted all standard treatments. In a large study published last year in Cancer Discovery, precision medicine failed to help 93 percent of the 1,000 patients who signed up for the study.

At the most recent meeting of the American Society of Clinical Oncology — the largest cancer meeting in the world — researchers presented four precision-medicine studies. Two were total failures. The other two weren’t much better, failing to shrink tumors 92 percent and 95 percent of the time.

Some experts, including Dr. David Hyman of New York’s Memorial Sloan Kettering Cancer Center, say that such testing should be available to everyone with advanced cancer, because no one can predict which individual might have a rare mutation that can be targeted with a new or experimental drug. When patients respond to these drugs, they tend to do very well, and some survive much longer than expected.

But Hyman acknowledged that many people who pursue precision medicine will be disappointed, because testing won’t lead to a new treatment. Precision medicine “is not addressing the needs of the majority of cancer patients,” he said.

Many of the doctors I interview as a health care reporter are uncomfortable talking about patients who don’t survive.

While acknowledging that not all patients are helped by tumor sequencing, they quickly pivot to talking about people they’ve saved. They rush past the disappointing present and fast-forward to a future in which every patient gets the treatment she or he needs. If you don’t listen carefully, you could easily be led to believe those future cures are already here.

There are very few instances in which we can look at a genomic test and pick a drug off the shelf and say, ‘That will work.’

Hospitals promote their precision-medicine programs by showcasing the stories of long-term survivors. Companies such as Foundation Medicine, Caris Life Sciences and Guardant Health — which sell the tests that look for cancer mutations — highlight only the best-case scenarios on their websites. In drug company marketing, patients are cheerleaders for the latest treatment fad.

Against this backdrop of hope and desperation, how are patients supposed to make informed decisions?

DiCanto gave precision medicine everything she had, including biopsies from her lungs and liver, where her cancer had spread. Over 2½ years, her doctor sent seven blood and tissue samples to specialized labs for “next-generation sequencing,” which can quickly scan hundreds of genes. The tests aim to locate a cancer’s Achilles’ heel — a genetic vulnerability that can be targeted with a drug. 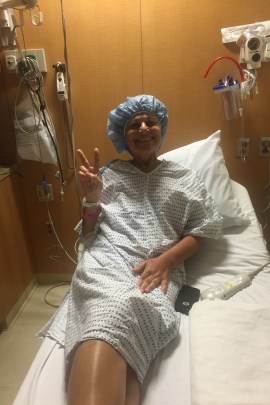 MaryAnne DiCanto preps for a biopsy. Doctors took samples of cancer cells from her lung, liver and blood.(Courtesy of Scott Primiano)

DiCanto’s first genomic test matched her to a newly approved drug she would have tried anyway, Primiano said. When it stopped working, she had another biopsy.

That time, tests matched her to a different drug approved for breast cancer. But it proved so toxic that it “nearly killed her,” Primiano said.

Additional tests matched DiCanto to drugs available only in clinical trials. Eligibility criteria for clinical trials are notoriously strict, however, and often exclude people who’ve been heavily treated with other medications. DiCanto wasn’t eligible for any of them. Even when patients are eligible for trials, many turn them down. They’re just too frail and sick to travel to the metropolitan areas where most trials are run.

Although DiCanto benefited from standard cancer treatments, none of the targeted therapies recommended through genetic testing extended her life, Primiano said.

“She didn’t give up,” Primiano said. “Her body gave up. Her body just couldn’t take it anymore.”

Primiano said patients should remember that precision medicine is in its infancy. Although scientists have identified tens of thousands of genetic “variations” — changes from normal DNA that could play a role in cancer — doctors have only a few dozen drugs with which to target them. In the majority of cases, genetic mutations are of “unknown significance”; they’re essentially useless, because scientists don’t know if they affect how patients respond to drugs.

Even when drugs are a good match for a specific mutation, they don’t always work. A targeted therapy that works in melanoma, for example, doesn’t help people with colorectal cancer — even when patients have the exact same mutation, said Wagle, a member of the medical advisory board for Living Beyond Breast Cancer, a patient advocacy group in which DiCanto was active. 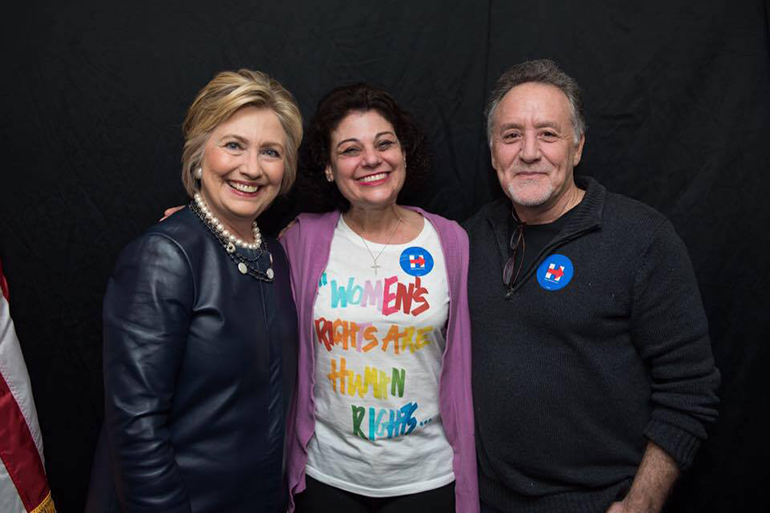 MaryAnne DiCanto and her husband, Scott Primiano, spoke with Democratic presidential candidate Hillary Clinton about health care costs during the 2016 campaign. Primiano says Clinton stayed in contact with DiCanto throughout her treatment and called on the day she died to thank her.(Courtesy of Scott Primiano)

Paying for tests and treatment poses its own hurdles. Insurers often tell patients that next-generation sequencing is unproven. Even when insurers agree to cover the testing, they won’t necessarily cover nonstandard or experimental treatments that sequencing companies recommend.

Primiano, a insurance broker, said his family was able to handle the costs: $500,000 out-of-pocket on his wife’s cancer care over 13 years. But managing his wife’s cancer “was a full-time job — doing the research, finding the clinical trials, dealing with the insurance companies, managing the money.”

He worries about people with fewer resources, especially patients tempted to drain their savings account to pay for a treatment with little to no chance of working.

The very words “precision medicine” suggest a high rate of success, Primiano said. While its successes should be celebrated, its failures must be acknowledged and tallied, reminding us how much is left to learn. When patients and their families have so much on the line, they deserve to understand what they’re paying for.

“Let’s not pretend this is something it isn’t,” Primiano said. “I’m not saying we shouldn’t try it. I just don’t want people to have false hope.”

Much Touted For Cancer, ‘Precision Medicine’ Often Misses The Target