Almost no one disputes that the implementation of the federal health law has helped Americans who were previously uninsured gain coverage. But exactly how much has the uninsured rate dropped?

“Nearly one in three uninsured Americans have already been covered — more than 16 million people -– driving our uninsured rate to its lowest level ever,” he told a cheering crowd at the Catholic Health Association’s annual conference earlier this week.  “Ever,” he added for emphasis. 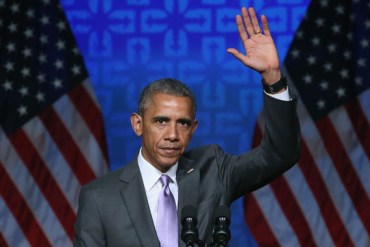 But is the uninsured rate really the lowest ever? Maybe, say experts. But you can’t really tell.

Many pundits and others have been citing periodic polling by the Gallup organization. The 11.9 percent uninsured rate (among adults) it reported in April for this year’s first quarter is the lowest measured since it’s been keeping track. But Gallup has been measuring only since 2008.

A survey with a longer history – the one conducted by the National Center for Health Statistics at the Centers for Disease Control and Prevention – also found an uninsured rate of 11.9 percent for the first three-quarters of 2014. That was down from 16 percent in 2010, the year the Affordable Care Act became law.

But even that survey changed its methodology back in 1997, which was well after employers had begun shedding coverage for workers and families.

“I would say that we have definitive evidence that the uninsured rate for the nonelderly is the lowest it has been since 1997,” said Genevieve Kenney, a policy researcher at the Urban Institute and co-director of its Health Policy Center. (Most surveys only measure the nonelderly because nearly everyone over age 65 has Medicare.) “Before that we are on less solid ground because of data limitations.”

“Some of the surveys being used now to determine the rate weren’t even around or weren’t asking health insurance questions a decade ago,” agreed Paul Fronstin, who’s been studying the uninsured at the Employee Benefit Research Institute since 1993. “The surveys that have been around have changed.”

Indeed, the administration’s own numbers suggest that in the 1970s and 1980s, the uninsured rate might have been almost the same as it is now or even lower. A December report by the President’s Council of Economic Advisers noted that that the uninsured rate at the end of 2014 was “at or near historic lows.”

Is The Uninsured Rate The Lowest Ever?