NEW YORK CITY — Nancy Perez, a 45-year-old resident of the Brooklyn neighborhood of Bedford-Stuyvesant, contracted COVID-19 in March. She stayed quarantined in her room for a month to isolate from her two sons and grandson.

A few days before she got the virus, she’d met a volunteer with Bed-Stuy Strong — one of the many mutual aid groups around the country that have rallied to provide help in the face of the pandemic. Bed-Stuy Strong assembled an army of volunteers to help vulnerable neighbors with food deliveries and basic supplies. While Perez was in isolation, volunteers regularly delivered cooked food for her sons, ages 17 and 20, and her 4-year-old grandson.

“If it wasn’t for them, we wouldn’t have survived my quarantine and any other stuff that’s been going on,” said Perez, who receives disability benefits and scavenges the city for items she can sell to help cover the family’s and others’ expenses. 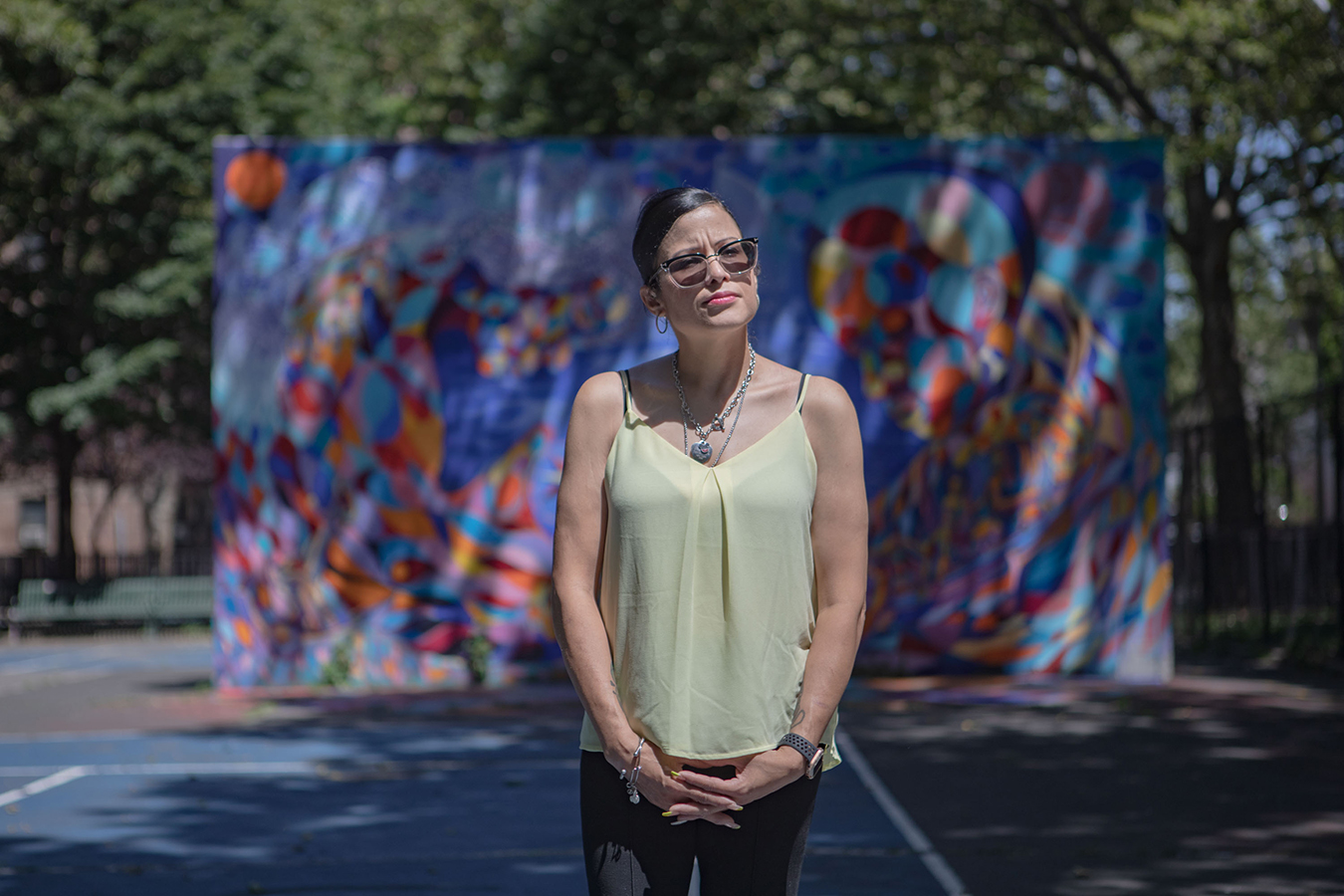 When Nancy Perez, who lives in the Brooklyn neighborhood of Bedford-Stuyvesant, contracted COVID-19 in March, she stayed in her room for a month, isolating herself from her 17- and 20-year-old sons and her 4-year-old grandson. The mutual aid group Bed-Stuy Strong regularly sent volunteers to her home with cooked meals for her sons and grandson.(Shelby Knowles for KHN)

“I say it so happily that my tears are coming out right now. Because it’s so refreshing,” she said. “There is no age, there is no color, there is no race within Bed-Stuy Strong.”

People are hurting financially and medically from the coronavirus pandemic. Millions of Americans are unemployed and 1 in 4 are food insecure. The struggle is widespread, overwhelming public welfare programs in some cases. Many people are looking to their next-door neighbors for help.

New York City has seen an influx of mutual aid groups — a website called Mutual Aid Hub reports 59 operating in the city now. Though the concept is not new, such efforts have gained energy and attention during the pandemic. Mutual aid involves ordinary people volunteering their time and resources to help one another, rather than relying solely on the government or large institutions for relief.

Alyssa Dizon, a 26-year-old product manager at an urban technology company, volunteers with Bed-Stuy Strong, helping to manage the online system that coordinates grocery deliveries. She moved to the area from New Orleans less than a year ago and found herself meeting more neighbors in the past couple of months while helping with the mutual aid than in the nine months before that.

“So, I am a gentrifier and I’m new to New York,” Dizon said. “I feel more connected to this neighborhood now than I have before, and I have heard that sentiment even from people who’ve lived here much longer.”

Willie Tolliver, an associate professor of social work at Hunter College, part of the City University of New York, said mutual aid is deeply rooted in African American and immigrant communities. In his research, he’s traced mutual aid among African Americans in New York City to as early as the late 1700s. He noted the mutual aid ideology embodied by the Black Panther Party, which coordinated free breakfast programs and errands for the elderly.

Tolliver said these organizations had to exist because the communities “could not depend upon their government to look out for them the way the government did for everyone else.”

In rapidly gentrifying neighborhoods, mutual aid efforts may bring neighbors from different backgrounds closer together. Tolliver said he’s not confident that such bonds will be long-lasting, but people are at their best in moments of disaster.

“Hope lives in the possibility of a collective finding itself in moments like this,” he said.

Bed-Stuy Strong uses donations from the community and beyond to purchase groceries and essential supplies for neighbors. Those in need can text or call the group with a delivery request, which gets assigned to a volunteer through Bed-Stuy Strong’s online network. The volunteer then picks up the groceries and delivers them to the recipient’s door. Anyone can become a volunteer — though the use of computer messaging excludes those without access to technology.

Henry, a diversity trainer in his day job, started E4F in 2013, as affordable housing in Brooklyn shrank while higher-income residents streamed in, displacing people who had lived there for years.

“We’re grassroots,” Henry said. “All of our organizing is led by the people directly impacted. We strategize together; that’s how we already were.”

At the start of the pandemic, E4F joined with the Brooklyn Anti-Gentrification Network to set up a system to help residents with groceries and other material needs, and to connect people with services such as child care and other food assistance programs. Volunteers use donated money to buy needed items, and deliver two large bags each month for people who sign up.

Henry said that, as a child of Caribbean immigrants, he grew up in a family that looked out for and supported other people in their community. During the current crisis, he has been amazed by the solidarity of neighbors and the energy of volunteers.

“We’re not doing relief work,” Henry said. “We do not treat people in that way. It’s about love and solidarity. It’s about, do you love this person?”

E4F has also been active in the “Black Lives Matter” protests spurred by the death of George Floyd at the hands of Minneapolis police. Henry said volunteers have effectively split into two groups: One helps lead protests, and the other abstains so members can safely continue delivering aid packages.

Patricia Hall, a resident of another Brooklyn neighborhood, Crown Heights, was watching television one night when she saw a news report about E4F’s delivery program. Hall, who is in her 50s and out of work, called Henry and soon was organizing deliveries for herself and many of her fellow tenants.

Mutual aid work is going on even within her tenant community, Hall said.

Dizon, the Bed-Stuy Strong volunteer, said it’s inevitable you will develop a bond with someone when you take their grocery list and step into their shoes to help them with basic needs. It’s intimate.

“If you’ve never experienced food insecurity before, I think there’s a lot of power in being this close to it and to empathize and hear the struggle of a stranger who is very close to you,” Dizon said.

Perez wants this work to continue so people can make a change.

“We can make a wave at the end, if we have enough ripples,” she said.