Haynes, then 32, had spent the previous two weeks in jail detoxing from methamphetamine and heroin. The judge told Haynes he could serve part of his yearlong jail sentence in a drug treatment program rather than locked in county jail.

Eileen Jao, an assistant district attorney, quickly interjected: “It has to be residential, not outpatient,” she said. “It’s residential or jail.”

Jao wanted the terms to be crystal-clear. Because of a new county policy that took effect at the beginning of the year, treatment for low-income residents like Haynes, with drug-related criminal charges, must be decided by clinicians and providers — not the court. Judges can order whatever they want in terms of treatment, and prosecutors can block designated treatment they deem too risky, but essentially the type and length of treatment deemed appropriate is out of their hands. 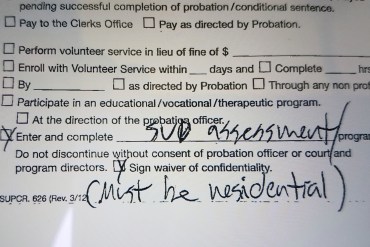 The official record online showing that Jimi Ray Haynes can only do a residential program.

When conflicts arise between what the court orders and the providers decide, felons can languish in jail with no treatment at all.

Court-ordered rehab is increasingly falling out of fashion in California as Santa Cruz and 18 other counties begin to treat addiction like any other health condition — with the Medicaid program relying on evidence-based practices and trained personnel to make decisions on care. That has upended the status quo for judges, attorneys and defendants who often had agreed to residential treatment in lieu of jail — or at least to reduced sentences so inmates could get that treatment.

The California program appears to be unique in many respects, but other states — including Utah, Indiana, Kentucky, West Virginia, Virginia, Maryland, New Jersey and Massachusetts — also have sought federal permission to experiment with innovations in Medicaid-funded drug treatment.

In California, “these changes are a tough pill to swallow for the criminal justice system,” said Gavin O’Neill, drug court manager for the Alameda County Superior Court, which implemented the policy in July. “In the past, some judges and attorneys have been able to use residential treatment as a sanction and long-term monitoring mechanism, as well as a chance to address the underlying drug problem,” said O’Neill. “That option has been shut down.”

Proponents say that evidence-based treatment will lead to better outcomes and that residential care should be reserved for those with the most severe addictions. Under Medi-Cal, it is limited to 90 days.

“From the provider’s perspective, the judge ordering services has always been a problem,” said Katie Mayeda, a Santa Cruz County Superior Court clinician. “Judges have good intentions to put someone in treatment rather than in jail, but they don’t know the whole story. They don’t work in that realm — they’re not a clinical professional.”

Advocates of the new approach — a Medicaid-funded pilot program that eventually is expected to be implemented in 40 California counties — say residential treatment is the most expensive and invasive option, and in many cases, outpatient treatment works as well, if not better.

If clinicians don’t approve residential treatment and prosecutors or judges won’t allow a release to outpatient treatment, the case can stall and felons become doomed to spend more time in jail.

Nearly three months into his jail stay, Haynes still was waiting for someone from a drug treatment program even to evaluate him, let alone determine his care plan. In the meantime, Haynes said, he received no drug treatment.

Because of the policy change, some prosecutors say they are less likely to accept anything but jail time. 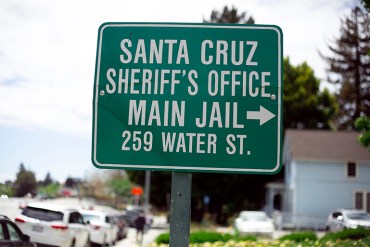 The sign for the Santa Cruz County main jail as seen from Water Street.

“We are more inclined to just say, ‘Hey, put him in the custody of the sheriff,’ and not worry trying to treat the substance abuse problem,” said Santa Cruz County assistant district attorney Archie Webber. “If you want to do a program, you can do it on your own time.”

Webber’s rationale: He doesn’t trust the care providers, drug treatment organizations that contract with the county, to act in the interest of the state.

“We don’t want someone else to come in after us — a care provider, who hasn’t been in the process — and make those decisions for us,” Webber said.

The new policy, operating now in a third of the state’s 58 counties, stems from the expansion of Medicaid under the Affordable Care Act. That increased access to health care, including drug treatment, to the more than 13 million low-income adults in California who qualify for Medicaid.

In the past, counties had to use general funds or “block grants” to pay for court-ordered drug treatment for those who couldn’t afford it. Now, counties can pay for a range of drug treatment services — outpatient, medication-assisted, detox and residential — through Medicaid, or Medi-Cal, as it is known in California. But the new policy requires everyone seeking residential treatment to have a clinical assessment to determine whether that setting suits their diagnosis. 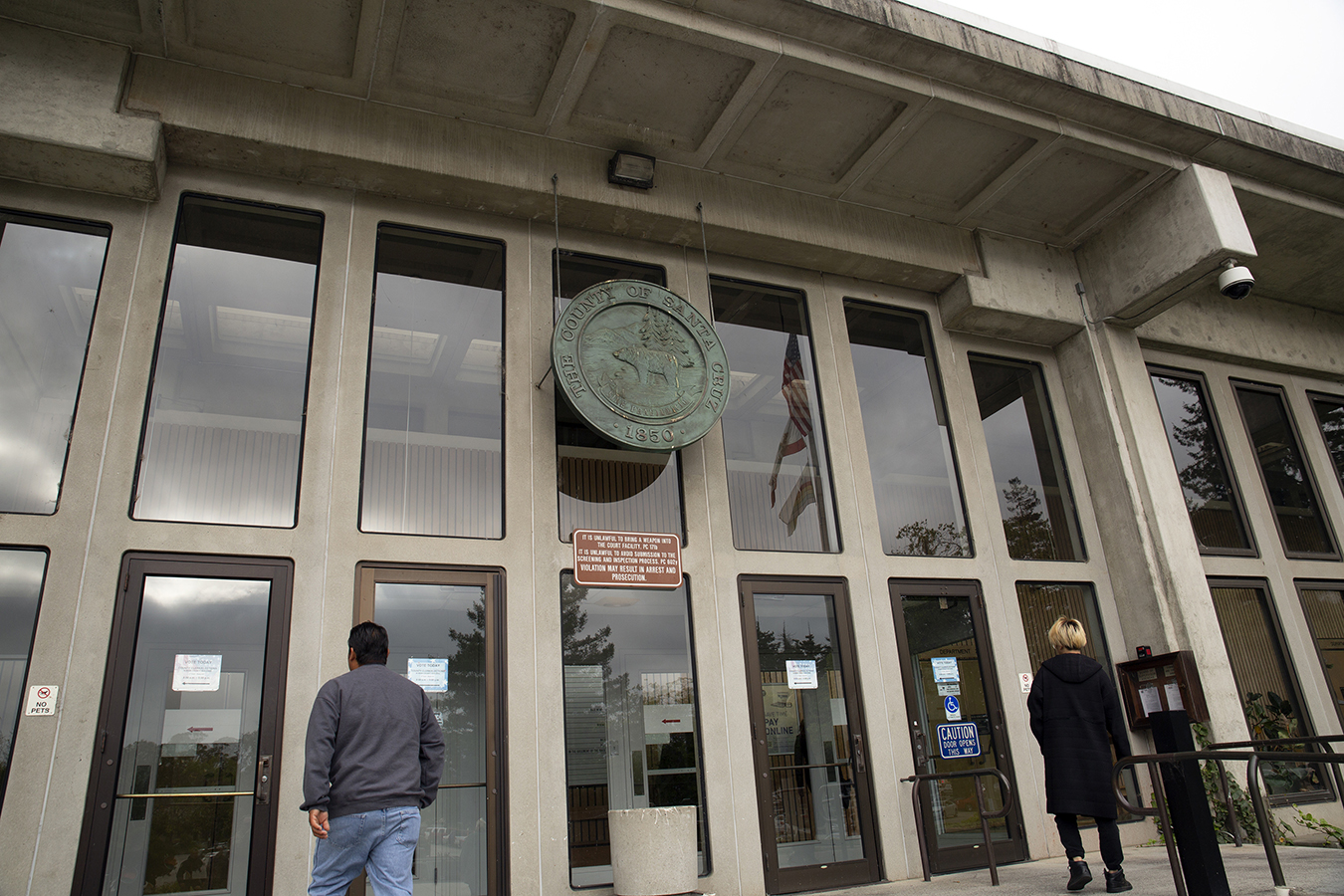 Proponents hope all 58 California counties will come on board eventually, although the pilot Medi-Cal program is approved only through 2020, after which the federal government would have to reapprove the experiment.

Los Angeles County implemented the new Medi-Cal program just over a year ago and indicates it is running relatively smoothly.

“L.A. County got in front of it early on,” said Albert Senella, president and CEO of Tarzana Treatment Centers. “Treatment is now driven by medical necessity.”

But educating the courts on the new procedures can be a time-consuming process, and experts say it may take months or longer in some counties before the new rules sink in. 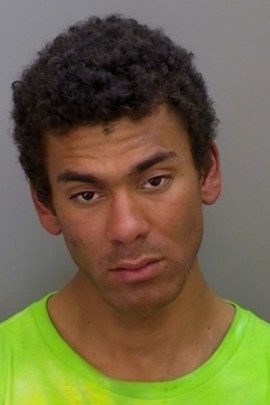 Because of a new county policy that took effect at the beginning of the year, treatment for low-income residents like Jimi Ray Haynes, with drug-related criminal charges, must be decided by clinicians and providers. (Courtesy of Santa Cruz County Sheriff’s Office)

In addition, counties and drug treatment providers say they have been weighed down by an administrative and staffing burden unlike anything they’ve seen before.

“It has been a tremendous amount of work,” said Senella. “A huge sea change in the way things are done.”

Some offenders say delays in receiving care are tough.

“I’ve tried the whole white-knuckling sobriety thing,” said Haynes, who has a 10-year history with methamphetamine and heroin addiction. “The only measure of success I’ve had being clean and sober was in a residential drug treatment program.”

He would like to be able to visit with his wife and three children in a setting more pleasant than jail. Haynes wasn’t much older than his school-age kids are now when he visited his own father, then behind bars. He shook his head as if to erase the image.

Haynes was released from jail this summer. Court records say his probation was revoked on July 17 after he was discharged from a drug treatment program for defiance and non-compliance.

He was re-arrested and, as of late last month, jailed in Fresno County.