Frederick Bannon Jr. was by his mother’s side in intensive care as she fought a rare form of muscle cancer in late 2014. She was heavily sedated, but he felt confident making medical decisions for her because of his family’s advance care planning.

Bannon had difficult end-of-life-care conversations with his parents, both in their mid-80s, before his mother’s diagnosis. During those discussions, held at Bannon’s urging, his parents decided how far they wanted doctors to go to keep them alive should they become too sick to communicate. Bannon then documented their wishes. 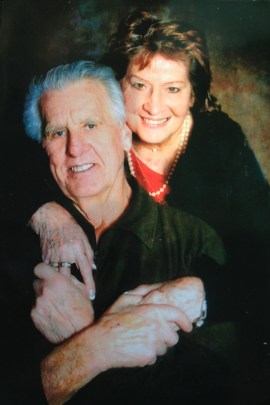 “That helped so much, because you knew at least one thing was going to be taken care of,” said Bannon, 65, of San Francisco, whose mother survived and lives with Bannon’s father in Wethersfield, Conn.

Most Americans avoid end-of-life decisions, although some people may be more likely to make them if a doctor or social worker starts the discussion. In California, the state’s attorney general’s office offers an end-of-life planning checklist on its website. In the past few years, other websites have encouraged those conversations, with their own suggestions on how to get started.

Rebecca Sudore, a geriatrician at the University of California-San Francisco, created prepareforyourcare.org, which provides step-by-step instructions and video stories to help people navigate the care they want at the end of their lives. She built the site in 2013 for families unsure how to broach sensitive questions. In a study published in JAMA Internal Medicine in May, she and other researchers found that the website — combined with the use of an “advance directive” form — prompted participants to plan ahead.

The website is free, and Sudore makes no money from it. She said she created it as a public service with the idea of studying its effectiveness.

The site guides patients in drafting a “summary of wishes” to help families and other caregivers decide whether their loved ones should undergo life-sustaining medical interventions such as feeding tubes and ventilators.

For the study, Sudore approached 414 San Francisco-area military veterans — including Bannon — who were split into two groups: One received a simplified advance directive, a legal document allowing a patient to consent to or decline specific medical procedures well before they occur. The other group was given the directive but also was pointed to prepareforyourcare.org, which is publicly available in English and Spanish.

Sudore sees stark contrasts between “deer-in-headlights” families who arrive at the intensive care unit with outdated directives and no specified plans, and those who have had ongoing conversations.

Bannon, a Vietnam War veteran, X-ray technician and colon cancer survivor, praised the site’s simplicity and accessibility and said it persuaded him and his parents to document their wishes before his mother’s cancer treatment. 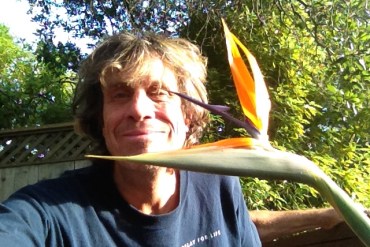 The website appears to be a useful tool, according to Dr. VJ Periyakoil, associate professor of medicine and director of Stanford University’s Palliative Care Education and Training Program. (Periyakoil is friends with the UCSF researchers but was not involved in the study.)

“Clinicians are so hard-pressed for time, so when the patients get activated by web-based tools, I think it’s a wonderful thing,” she said.

Seventy percent of Americans lack an advance care plan, according to the U.S. Centers for Disease Control and Prevention, and lack of preparation can have undesirable effects, Periyakoil said.

Family members who have not gone through this process sometimes choose life-sustaining options for their loved ones that may cause unnecessary suffering, Periyakoil said.

Children “might be more lured by, ‘I really love Mom. I can’t allow anything bad to happen to her and I want to keep doing whatever I can to extend her life,’” she said. “And by doing so, they might end up subjecting Mom or Dad to a lot of measures that are ineffective and burdensome.”

Periyakoil, who has studied barriers to end-of-life care among eight ethnic groups, does not believe there’s a single solution to encouraging end-of-life conversations, because different groups have different approaches to discussing death. She suggested the website might be one of many strategies to consider.

Prepareforyourcare.org has logged more than 1.7 million page views and 85,000 users in 115 countries since its 2013 launch.

For Bannon, the site worked. “Now [my parents are] even more relaxed, because when they do face their final exit, everything’s in place,” he said.