Kentucky Gov. Steve Beshear, a Democrat, was an early supporter of building a state exchange where residents without group coverage could buy health insurance. In July, he backed an expansion of Medicaid under the health law to provide coverage to more than 300,000 residents. Beshear, who is in his second term, has spent the past months promoting the law despite opposition from Republican leaders, including the state’s senior senator, Mitch McConnell. He spoke with KHN correspondent Phil Galewitz last week. His comments have been edited for space and clarity.

KHN: How will you counter all the negative and in some cases, inaccurate, statements being made about the Affordable Care Act as you launch the exchange in Kentucky?

BESHEAR: We are ready to start enrollment on Oct 1. We have our call center up and running, and we’re starting to see an increase in calls as people realize that it is there. This is a work in progress. … A lot of people do not know anything about the Affordable Care Act (ACA), and too many people have heard all the misinformation. … For both of those reasons, we have a big task in front of us to educate people over the course of the next few months. We will meet the challenge. …There are more than 640,000 uninsured Kentuckians, and with the expansion of Medicaid and with the exchange for the first time in history, we will be able to offer them something. This is a transformational change for our state.

KHN: How important is the work on the local level to ensure strong enrollment? 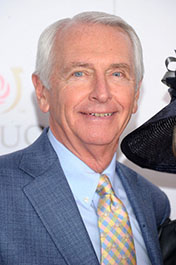 BESHEAR: They touch people every day in our local health centers and health departments…We have several Kynecters [state navigators] out there, and … with the local efforts, [they] will be very important in this education process… There is an excitement and willingness among people involved in health care that will make a huge difference.

KHN: Will the political opponents’ strong messages against the health law impact enrollment?

BESHEAR:  What politicians need to understand is most people are not hearing them  to start with, and not paying attention to political wrangling because they are too busy trying to support their families and live day to day. The misinformation is confusing to people, of course, and that is the intent — to confuse people and get them not to participate. But I think the opponents of the ACA are scared to death of being in a position a year from now, when people will look and wonder what all the noise was about, when they sit there with an insurance policy they can afford.

KHN: You waited nearly a year after the Supreme Court upheld the ACA to announce that Kentucky would expand Medicaid. Why the wait?

BESHEAR: I had a responsibility to answer the question of whether we could afford to do it and not place the state in a position of potential bankruptcy if all the numbers did not pan out. … I asked PriceWaterhouse Coopers to do an independent study of the economics of expanding Medicaid, and it took six months to find it would bring 176,000 jobs and have a positive impact of over $800 million over the next eight years.

KHN: Kentucky was one of first states to embrace the exchange idea but a lot of work is still being done at the last minute to make sure you are ready to go. What’s the status?

In Kentucky, Confusion And Misinformation Abound On Eve Of Obamacare Rollout

BESHEAR: Kentucky is way ahead of most other states in terms of implementation of the exchange. … This is a transformational moment in this state and this country, and it’s going to be a work in progress with bumps in the road to be sure. But I am excited about this and sooner or later, every one of the 640,000 people will be covered through the exchange. … There is no artificial [enrollment] goal for January, but we are going to push hard to get as many people enrolled by March 31 as we can.

KHN: What are your major concerns about the Oct 1 launch of the exchange?

BESHEAR: I have no big concerns. People have worked hard to be ready,and we have been planning this for months and have had wonderful cooperation between the public and private sectors, and we will hit the ground running on Oct 1.

KHN: What does this moment mean for your state?

BESHEAR: This will change the course of history in Kentucky. We are one of the least healthy states in the country — 44th in overall health status –and for many chronic conditions, we are right at the top. For every one of our Kentuckians to now have good health care coverage will transform our society. We won’t see the difference in the next week or the next year, but over the next generation, we will see a change in the health of our people and the productivity of our workforce will be a huge positive.

KHN: To be sure, Governor, health insurance is not the only factor that influences health. Doesn’t personal behavior, such as diet and exercise, play a big role too?

BESHEAR: People will have access. and part of what they will begin learning is to take responsibility for themselves. … A big emphasis in the policies [sold on the exchange] is preventive medicine and educating people about vaccines and knowing how to manage their diabetes and other illnesses. … A major part of this is people learning how to take better care of themselves and stay out of the emergency room and have their care managed by a primary care professional. That in the long run will make a major impact on health care.