Starting July 15, nurse practitioners in Kentucky who have completed a four-year collaboration with a physician will be allowed to prescribe routine medications without a doctor’s involvement, a major shift that could help improve consumers’ access to care.

The law that makes this possible passed after five years of legislative debate. Nurse practitioners are fighting in other states for more authority to treat patients at a time of rising concern over the impact of the federal health law. As more Americans get insurance, there may be shortages of primary care doctors, especially in states like Kentucky that have many rural areas. 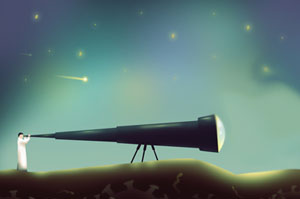 Kentucky’s action offers a possible compromise for states trying to define the roles of nurse practitioners while assuaging the concerns of doctors.  But some experts question whether this approach will provide a model for others.

For nearly two decades, nurse practitioners in the state have been able to prescribe drugs such as antibiotics and blood pressure medicine only if they had a collaborative agreement with a doctor, who can charge a fee for it. But if the doctor pulled out of the agreement, the nurse practitioners were forced to find other physicians or limit their practices by not prescribing. Most practices cannot survive doing only diagnostic tests and physicals, according to Beth Partin, vice president at the Kentucky Coalition of Nurse Practitioners & Nurse Midwives.

The new law, passed earlier this year, offers experienced NPs much more flexibility and sets up a framework to help those without four years of collaboration find a physician willing to oversee their work.

State Sen. Paul Hornback, a Republican who was the main sponsor of the bill, said the four-year rule seemed appropriate because it somewhat mimicked the concept of a medical residency period. “I didn’t think it was correct for a NP to come directly out of school and open their own practice,” he said. The real problem, he added, was finding physicians willing to collaborate.

The law sets up a six-member committee to create a list of doctors willing to enter into these agreements. If the nurse practitioner can’t find someone from the list within 30 days, the committee must furnish a physician. After four years, NPs no longer need an agreement to prescribe most medications.

Certain drugs, such as Adderall, oxycodone, testosterone, Ambien and cough syrup with codeine, still require a collaborative agreement. Of the 5,410 nurse practitioners in the state, 1,948 have an agreement to prescribe these more restrictive drugs, according to the Kentucky Board of Nursing.

Having this framework in place would have made a big difference for Brenda Pittman, a nurse practitioner in Mt. Sterling, Ky. One doctor withdrew from an agreement with her in June 2013, then another did so last March. In both cases, the doctors’ practices were bought by large hospital systems that did not permit them to continue the agreements.

“I called a dozen doctors,” Pittman said, recalling her frantic scramble after the agreements ended. Both times, she came up empty and had to close her practice for four days, losing an estimated $12,000. “This ate away at my budget and many patients complained that they could not be seen, could not get their refills,” said Pittman, who under the new law will no longer be required to be associated with a collaborating physician to prescribe most drugs.

Nurse practitioners, who have at least a graduate-level education, have long argued that when it comes to primary care, pediatric care and women’s health, they are qualified to treat chronic illness and provide preventive services without a physician’s oversight. On the other side are those who say these health professionals do not have the hands-on experience or academic training to provide the same quality of care as doctors, who undergo years of training and residency.

“The concern is that you don’t know what you don’t know,” said Robert McLean, an internist in New Haven, Conn., where a 2014 state law requires nurse practitioners to spend 2,000 hours in a collaborative agreement with a physician before practicing independently. “There are plenty of nurse practitioners delivering good services, but if you make a law allowing them to be independent even if they’re not experienced, how many patients will get less-than-ideal care?”

Currently, 19 states require that NPs have a collaborative arrangement for the entirety of their careers, and 12 others require supervision or team management with a physician, with those nurses prescribing through the doctors, according to the American Association of Nurse Practitioners (AANP). Collaborative agreements, which are made official with forms signed by the NP and the doctor, can vary widely. Kentucky, for instance, has never required physicians to review the NPs’ prescribing patterns or to meet with them regularly, but some states do.

The remaining 19 states and the District of Columbia allow nurse practitioners to practice independently of a physician. Of those, five states in addition to Connecticut — Minnesota, Vermont, Nevada, Maine and Colorado — require NPs to spend a set time in an arrangement with a doctor before they gain independent prescribing rights.

Sheila Schuster, a lobbyist for the nurse practitioners and midwives coalition, said replacing the career-long requirement with the four-year collaborative arrangement “is a significant step forward in affirming the independent practice.”

“Kentucky will face a large influx of Medicaid beneficiaries [under the health law], and right now there are not enough physicians to go around,” said Dr. Nancy Swikert, vice chair of the Kentucky Medical Association Alliance Foundation. “We’re hoping rural physicians might be able to find NPs and were hoping NPs will find physicians to help them. We hope it’s win-win.”

A Model For Other States?

Nationally, however, stakeholders have doubts about whether this approach is indeed an innovative compromise. “Making it easier for someone to achieve an unnecessary burden to meet the requirements doesn’t negate the fact that it’s a burden,” said Tay Kopanos, AANP vice president for state government affairs. She said the collaborative agreement for controlled drugs, which are deemed more dangerous and addictive by the government, is a huge barrier.

Kopanos and other advocates point to a 2006 Colorado law that mandates that, for the first 1,800 hours of practice, a newly graduated NP must get a physician to sign off on all prescriptions. Then, they must complete another 1,800 hours in a formal mentorship agreement with a doctor who has to review their prescribing patterns.

That measure also set up the Nurse Physician Advisory Taskforce for Colorado Healthcare, Kopanos said. Though it does not have the same mandate as Kentucky’s committee, she and others had hoped the legislation would aid NPs in their transition to practice, but has thus far been a disappointment.

“The hope and the promise … didn’t materialize. So when I see other state legislatures making similar compromises … it’s hard to … anticipate a different outcome,” Kopanos said.

Meanwhile, Joanne Spetz, a professor of health policy studies at the University of California, San Francisco, who specializes in workforce issues, says the success of Kentucky’s law will depend on whether the new committee can bring about the necessary level of cooperation.

“Their main role will be to help ensure there are enough physicians available to collaborate while NPs develop their knowledge about prescribing and gain the confidence of the provider community,” she said. It’s possible the panel “won’t have sufficient resources to do this work effectively” or will be “stymied by other political issues,” she added.