An epidemic more deadly than coal dust is sweeping through the dogwood-dappled hollows of eastern Kentucky. The new threat: diabetes.  In Kentucky and across the broad Appalachian region, a third of the population is estimated by health officials to have diabetes, double the rate for the country as a whole. Ads for diabetes counseling and testing clinics have replaced those for supermarkets as a major revenue source in local newspapers, and billboards urging middle-aged people to get tested appear almost everywhere there’s a straight stretch of highway. 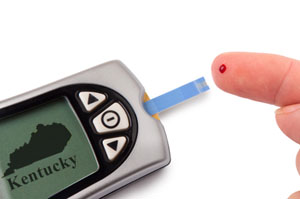 Kentucky health workers fear that many of those with the disease don’t know they have it. Gilbert Friedell, who spent his life as a nationally known cancer specialist before founding a statewide health reform committee in Kentucky, has helped bring a focus to the issue. The 25-member Friedell Citizens Committee two years ago launched the Tri-County Diabetes Partnership in Magoffin, Johnson and Floyd counties to form an alliance of doctors, nurses, dietitians, teachers, church people, local health departments and even USDA farm extension agents to fight the debilitating disease.

Friedell rejects the conventional wisdom that diabetes prevention and care is a “health” issue.

“We used to say with cancer control in Eastern Kentucky that if we were to apply what we now know about cancer, we could cut mortality by half in 10 to 15 years,” he says. “The same thing is true with diabetes.  We know what we have to do to prevent Type II diabetes and how to maintain a reasonable level of personal performance.  We know these things.  But, if we’re so smart, how come we haven’t fixed the diabetes problem?  The answer is we’re still relying on individual approaches where it really requires community action and support.” 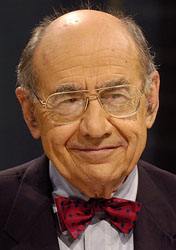 Friedell recently spoke with Frank Browning for Kaiser Health News. Here is an edited excerpt of that conversation.

Q. Diabetes is a fairly easy disease to understand and to combat, yet the problem continues to grow. What brought about the idea for the Tri-County Diabetes Program?

A. If you ask people about diabetes, they say, “Oh yeah, we all in our family have a touch of sugar.” This is the colloquial way of saying it. People actually do know that diet is important and maybe exercise is important, but they don’t do it.  And what we’re talking about, if you’ll forgive me for lapsing away from medical science, I think what I’ve been doing with the Friedell Citizens Community for the past 25 years, is community development.  This is really what we’re talking about.  When the community wants to do something it can do wonders — no matter what the economy is of the community.

Q. But aren’t there lots of options for people to get tested for diabetes in community settings and few people participate?

A. Well, I would suggest that is a consequence of focusing on individuals alone and asking them to do what’s good for themselves. Telling people that they can do good things for themselves in terms of health is remarkably inefficient.  What we are trying to say is that, we will take this screening capability to the churches and senior centers and other social centers, such as Wal-Mart, which will generate information about the program and people will come in and get screened. You have to have community awareness. The public has to acknowledge that diabetes in the community is a problem.

Q. How big is the problem?

A. There are something like 80,000 people in the three counties.  Of those, 10,000 are probably over 65 and maybe 2,800 or so of them have diabetes and know they have diabetes, but another 800 or so, don’t know they have diabetes.  And based on national statistics, of those 10,000 people over 65, 5,000 of them have pre-diabetes because so many are overweight.  And we also know that if you approach pre-diabetes and get people to lose 7 percent of body weight and begin exercising, you can prevent the development of diabetes in pre-diabetes patients.

Q. People stress the importance of community a lot, but we’re not talking about tight ethnic communities here in Kentucky. Some of these areas are very isolated. They don’t have newspapers, television or radio and few churches. How do you rely on a community to help get the message out?

A. You may be overstating what they don’t have or understating what they do have. The definition of community that I would use would start with geography.  We’re talking about counties.  And we’re recognizing the heterogeneity of people in the county and yet people in counties can unite about some things, they can unite about their high school football teams, their basketball teams. But if you’re going to do community development, there’s got to be a win-win.  There’s got to be something in it for the people, so the Tri-County Diabetes Program has to develop a real concern about diabetes in the community. We point out that half of the cases of new blindness in the country, in the state, are the result of micro-vascular problems related to uncontrolled diabetes. And we can talk about amputations and people see other folks with amputations.  So it would be up to the diabetes program, plus volunteers, people who are interested, to find ways to inform everybody.

Q. What kind of policy changes have to be put in place to galvanize this kind of community response?

A. Communities differ in what they are, who they are and how they approach things and so there has to be room for flexibility. You don’t want to prescribe the process. In policy, you have to deal with connecting people in the community. It’s obvious that physical inactivity and obesity are factors. So you have to begin working as early as possible.  And to be very direct about it, your policy has to affect the schools.  That’s the place where there is a captive audience.  If you get children familiar with the idea of proper nutrition and exercise, you’ll be a long way ahead.  But in terms of policy you have to convince the Department of Education, which feels that funding and making time for physical education takes away from some other educational purpose.  Secondly, you have to do something about the in-school lunches and the vending machines. If we really want to do something about diabetes we have to start working the schools.

The interesting thing about people over 65 is that they all have Medicare, so you ask yourself or you ask the Medicare people, what will you pay for? If somebody has diabetes they will pay for the care of this individual through professional offices and so forth, provide the supplies and everything.  So then I say, what do you do if they have pre-diabetes? And the Medicare response is if somebody has pre-diabetes, we will check them twice a year to see if they’ve developed diabetes. We won’t do anything about their pre-diabetes, but when they get diabetes we’ll be all over their case.  This boggles the mind. So we’ve approached the Lexington YMCA to come to Prestonsburg and develop a rural diabetes wellness program, which is of interest, because I don’t think there are many YMCAs in rural areas.  So now the effort has been to screen people over 65 and if they find people with diabetes to get them into care, if they find people with pre-diabetes, to get them into a program.