Family premiums rose 3 percent in 2014, one of the lowest increases tracked since the Kaiser Family Foundation and the Health Research & Educational Trust began surveying employers in 1999. (Kaiser Health News is an editorially independent program of the foundation.)

Nonetheless, the cost of the average family plan rose to $16,834 annually, according to the survey of more than 2,000 employers nationwide. 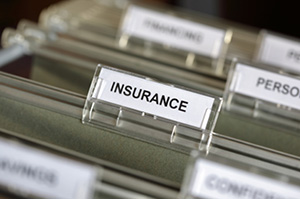 While both critics and supporters of the Affordable Care Act are likely to find fodder for their positions, the report portrays 2014 as a relatively stable year for employer coverage, with little change in the type of plans offered or their costs.  The percentage of firms offering health benefits (55 percent) and the percentage of workers covered at those firms (62 percent) were statistically unchanged from 2013, despite predictions of the law’s critics that many firms would drop coverage.

“We’re in a period of very modest premium increases where the feeling that the employer-based system  is unsustainable may cool, at least for a while, until we see higher increases in premiums again for group insurance,” said Drew Altman, president and CEO of the foundation. “No one knows when we might see that again or how sharp those increases may be.”

Total premium costs for single coverage remained about the same, hitting $6,025 a year. And workers paid the same percentage of the premium as they have for the past several years, about 29 percent for family coverage and 18 percent for single plans.

In recent years, employers have been shifting more costs to workers, including raising workers’ deductibles, or the amount people have to pay before most benefits kick in. However, the survey found that there was no significant change in deductibles this year.

Among the changes noted by the survey: The percent of covered workers potentially liable for more than $6,350 in out-of-pocket costs under their plans, dropped from 14 percent in 2013 to 7 percent this year. The health law caps out-of- pocket costs, although some employers could go over that amount this year.

But the report warns that insurance may look different in 2015.

For the first time, employers with 50 or more workers are slated to face fines if they don’t offer coverage, a provision that was supposed to begin this year, but was delayed by the Obama administration.

Although 92 percent of companies with 50 or more workers already offer coverage, the survey notes that some of those employers may change eligibility rules, or the amount they pay toward coverage.  Conversely, some firms may offer workers coverage for the first time to avoid fines.

Other employers, especially small ones, may decide to drop coverage, sending workers to state and federal marketplaces to buy individual policies.  That was also a concern this year, but the survey found that the percentage of firms offering coverage was 55 percent, down from 57 percent the prior year, a change that wasn’t statistically significant.

On Tuesday, the credit rating firm Moody’s also issued a report, noting that employers did not drop coverage this year “primarily because [they] were not ready to ‘dump’ their employees into an untested public exchange.”

Moody’s analysts said they did not think employer fines in 2015 will have much effect because “most employers already are providing health benefits to their employees.”

Still, if the economy improves and spending on health care ticks up as consumers seek elective care they had previously delayed, that could drive up premiums, the Kaiser report notes.

Since 1999, premiums have risen an average 191 percent, with the fastest growth seen between 1999 and 2004, the report found.  Even as employees’ share of the total premium has remained about the same, the total dollar amount has risen. This year, workers paid an average $1,801 toward the premium for a single plan and $4,823 toward a family plan premium.

Since the mid-2000s, annual premium increases slowed to less than 10 percent each year. This year tied with 2010 for the smallest increase, at 3 percent for family coverage.

Since those are averages, some employers and workers will have seen higher increases.

Gordon Gondek, co-owner of Dixie Restaurants in Little Rock, Ark., has about 100 employees eligible for health benefits. He said his premiums went up 12 percent this year, “which was pretty much to be expected,” said Gondek.

He’s not sure what increase he may see next year, but said the firm is “doing everything that we can to hold down our costs.”

Smaller rate increases during the past three years are attributed mainly to lower growth in health care spending overall, related to the slow U.S. economy.

Some employers are already getting a glimpse at next year’s costs.

Debby Terzo, the chief operating officer at Shattuck National Bank in Shattuck, Okla., said its insurer quoted a 30 percent increase next year to cover 15 full-time employees. “I kind of looked at it, and I thought, ‘wow.’ I put it in a drawer because I didn’t want to think about it,” she said.

“One of the reasons why we have moderate premium increases is because deductibles are going up, plans are becoming less generous and it makes people more sensitive to whether they use health care,” said Paul Fronstin of the Employer Benefit Research Institute, a Washington think tank. 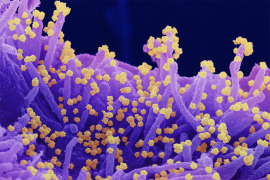