Since President Barack Obama signed the Affordable Care Act in March 2010, most news organizations including Kaiser Health News have reported that in 2014 the law would expand Medicaid coverage to nearly everyone with a household income below 133 percent of the federal poverty level, which this year is nearly $31,000 for a family of four. 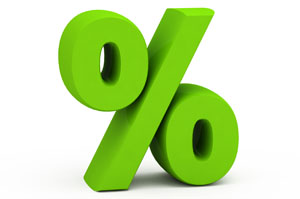 But that doesn’t describe the full picture for those newly eligible for Medicaid, the state-federal health insurance program for the poor.

Under the law, there is a fixed dollar amount that varies by family size that is disregarded each year, which in effect raises the threshold to 138 percent of the federal poverty level, or nearly $32,000.

The U.S. Senate passed the health overhaul bill in late 2009 with the 133 percent figure. That figure was already the minimum federal standard for pregnant women and children under 6.

The House, in its initial deliberations, favored an income limit of 150 percent of the poverty level, or nearly $35,000 for a family of four. During the process of melding the House and Senate bills, lawmakers were concerned about Senate rules that prevented them from changing  the eligibility level in legislation that had already passed in the Senate. So, the reconciliation bill , which passed both chambers, included the 5 percent disregard while maintaining the 133 percent figure.

The bottom line is this: All those newly eligible for Medicaid under the health law can have household incomes up to 138 percent of the poverty level. For an individual, that’s about $15,400 a year, compared to nearly $14,900 — 133 percent of poverty level.

Kaiser Health News has decided to begin using the 138 percent figure because it is the effective level under the law.

Of course, the new eligibility level applies only in states that expand Medicaid.  The Supreme Court, in upholding the health law in June, made the expansion optional for states.