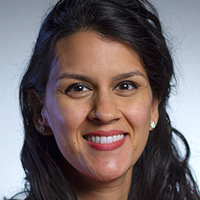 Those working inside the Trump administration are getting so frustrated with the response to the COVID-19 pandemic that they are going public. Named and unnamed whistleblowers — including one of the government’s top vaccine experts who was ousted from his job ―are out with stories of political favoritism, workers with no government experience overruling those who have done their jobs for decades, and an underlying disdain for science.

Meanwhile, the Supreme Court is hearing cases by telephone, including one this week that would give employers the broad ability to decline to offer no-cost birth control to women, a benefit guaranteed under the Affordable Care Act.

Rachana Pradhan: ProPublica’s “How Profit and Incompetence Delayed N95 Masks While People Died at the VA,” by J. David McSwane

KHN’s ‘What The Health?’: Blowing The Whistle On Trump Team’s COVID Policies