Although the federal government paid most of the costs for her 2012 transplant, a long-standing Medicare policy halted coverage three years later for the drugs that keep her body from rejecting the organ.

So when Conell lost her job suddenly last September, she also lost her health insurance — and her ability to afford the 16 daily medications she needs to survive.

For nearly a half-century, Medicare has covered patients, regardless of age, who have end-stage renal disease, including paying the costs of kidney transplants and related care, which run about $100,000 per patient.

But coverage ends after 36 months for those younger than 65 who don’t otherwise qualify for the program — and that includes payment for the vital immunosuppressive drugs that cost thousands per patient each month.

Last week’s announcement of a Trump administration overhaul of kidney care in the U.S. has reanimated an effort by federal lawmakers and kidney care advocates to extend drug coverage.

“After a transplant, patients should not have to worry about whether they can afford the treatment needed to keep their transplanted kidney,” Rep. Ron Kind (D-Wis.) said in a statement.

For years, Kind has been among a bipartisan coalition in Congress championing legislation targeting kidney immunosuppressive drugs — to no avail.

The sticking point was price. A 2009 estimate by the Congressional Budget Office pegged the cost at $400 million over 10 years if the government were to extend lifetime drug coverage to those patients.

Two recent federal projections show that Medicare could actually save money — between $73.4 million and $120 million over a decade — by expanding payment for anti-rejection medications to help decrease the need for patients to get additional transplants or dialysis. Depending on financing, savings could reach $300 million in that period, suggested an estimate by the Centers for Medicare & Medicaid Services.

Armed with this data, a bipartisan coalition led by Kind and Rep. Michael Burgess (R-Texas), a physician, is expected to introduce legislation by August that would narrowly extend Medicare’s Part B program to provide drug coverage for kidney transplant patients who have no other option.

“We must ensure patients have access to immunosuppressant coverage to ensure the success of their transplant, which will keep costs down by decreasing the need for a re-transplant or further dialysis,” said Kind.

Sens. Richard Durbin (D-Ill.) and Bill Cassidy (R-La.) are poised to introduce their own legislation, sources told KHN on background. 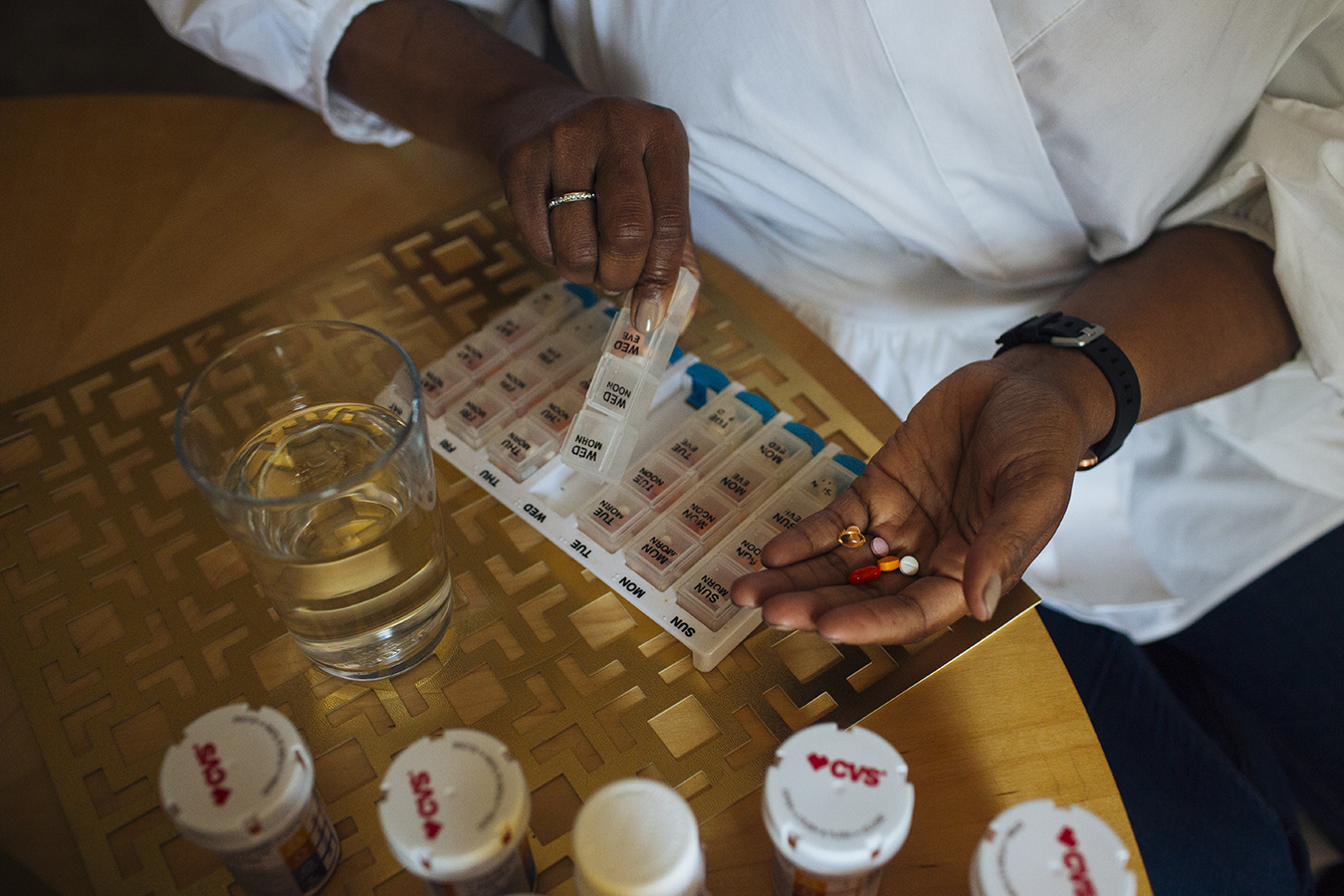 Conell needs 16 daily medications to survive following her kidney transplant seven years ago. “If I had to pay full price for them, it would easily be $3,000 or more per month,” she says.(Taylor Glascock for KHN)

The efforts in Congress will hinge on whether the CBO agrees that paying for the medication would save the government money, advocates said. Even the new estimates by CMS suggest that changing the program would increase costs initially, with savings apparent only after a decade.

Dr. Emily Blumberg, president of the American Society of Transplantation, said there appears to be high-level support for change now. In championing the overhaul of U.S. kidney care policy, Health and Human Services Secretary Alex Azar has cited a personal tie, noting that his father suffered from kidney failure and received a transplant in 2014.

Critically, Azar said during the announcement last week that the Trump administration is supportive of the legislative efforts. “We are hoping Congress will work together with us to relieve that time limit so that we can support patients on immunosuppressants over the long term,” he said.

On a call with reporters on Wednesday, Tonya Saffer, vice president for health policy at the National Kidney Foundation, said that with the administration’s backing, the group is hopeful that this legislation might finally go somewhere. A key next step is an analysis on what it would cost or save from the Congressional Budget Office.

“There is a CBO score forthcoming,” she said. “The legislation still needs to be introduced, but I know that the members are working with the Congressional Budget Office to score that legislation.”

Nearly 100,000 patients are waiting for kidney transplants in the U.S. and about 10 people die each day because of an ongoing shortage of organs.

More than 56,000 Americans with functioning kidney transplants don’t have Medicare coverage, according to data from the U.S. Renal Data System. About two-thirds pay for their medications through private insurance, Medicaid or other government programs, experts said.

But about one-third of those patients may have no other source of drug coverage, which can lead to missed doses, jeopardizing their new kidneys. A 2010 study found that nearly 70% of U.S. kidney transplant programs reported deaths or organ losses directly related to the high cost of anti-rejection drugs.

If Medicare drug coverage had been extended in 2015, it would have averted at least 375 kidney transplant failures that year alone, the latest analysis showed.

When transplants fail, patients can die — or they must return to dialysis — paid for by Medicare at a cost of about $90,000 per year, with a poor prognosis.

“It’s a no-brainer that you should do this both from a moral and ethical and, now it sounds like, cost perspective,” said Dr. Robert Gaston, a nephrologist at the University of Alabama-Birmingham who co-authored a call for coverage in an Institute of Medicine report two decades ago. 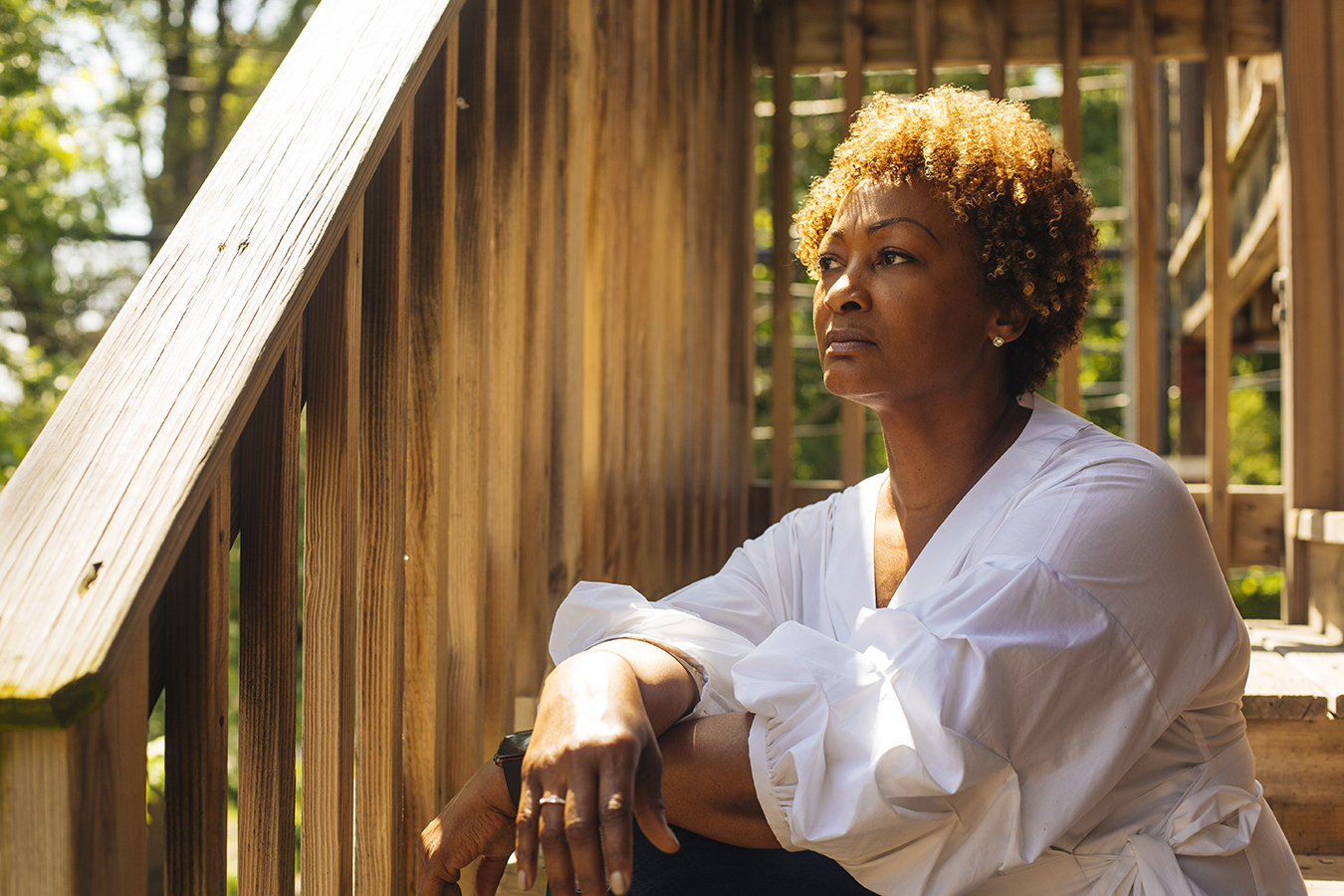 When Alexis Conell lost her job and health insurance last fall, she drained her savings and nearly ran out of medication before she found a pharmaceutical firm program that provides the drugs she needs at a deep discount.(Taylor Glascock for KHN)

Conell battled end-stage renal disease for years before receiving her kidney transplant. When she lost her job abruptly last fall, she had to cancel scheduled medical appointments and lab tests.

She drained her savings, then nearly ran out of medication before she found a pharmaceutical firm program that provides the drugs she needs at a deep discount.

When her unemployment benefits ended in April, Conell qualified for Medicaid, which covers her drugs for now. The stress has been unrelenting, said Conell, who spent a day last week in the emergency room with dangerously high blood pressure.

“I was trying to look for a job, worried about paying my bills. Ultimately, I’m worried about losing my kidney,” she said, adding that the long-delayed legislation could solve the problem. “I think they should pass it, like, yesterday.”

[Update: This story was revised at 2:45 p.m. ET on July 17 to reflect news events after the story first published.]

A ‘No-Brainer’? Calls Grow For Medicare To Cover Anti-Rejection Drugs After Kidney Transplant