Unless hospitals and other health care facilities begin cooperatively fighting the country’s most aggressive antibiotic-resistant germs, infection rates could increase as much as 10 percent over the next five years, hitting about 340,000 people annually, the federal Centers for Disease Control and Prevention said in a report released today.

Individual institutional efforts, the study said, will not be sufficient to combat these germs. Part of the problem, it notes, is that they are spreading as infected patients move between hospitals, nursing homes and long-term care facilities. For the most part, however, efforts to catch and prevent these infections are being done autonomously. 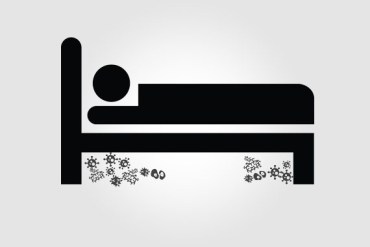 “Facilities can’t do it alone,” Dr. John Jernigan, a CDC official and the senior author of the paper, said in an interview. “There are not many places where a coordinated effort is happening, and we think we need to do a much better job.”

The study, published in the CDC’s Vital Signs monthly report, looked at some of the vilest bacteria that have arisen in reaction to the widespread use of antibiotics.

Those germs include methicillin-resistant Staphylococcus aureus, MRSA, which can cause bloodstream and surgical site infections and pneumonia.  The study also examined two other germs that have widespread effects on the body: carbapenem-resistant Enterobacteriaceae, or CRE, which is resistant to so many antibiotics that doctors have few tools left to combat it; and Pseudomonas aeruginosa, which is a particular danger to people on ventilators. Another germ, C. difficile, usually is not resistant to antibiotics, but it colonizes the gut and intestines when the use of antibiotics kills off protective bacteria.

The study modeled the future spread of these bacteria in two ways to see how well aggressive interventions could avert them. One model looked at rates in four hospitals and six nursing homes in the same area using medical information about veterans. The second model examined 28 hospitals and 74 nursing homes in Orange County, Calif. In both cases, the CDC estimated the results of three scenarios: if infection efforts continue as they are, if facilities independently ramped up their efforts, and if the facilities worked in concert and with public health authorities.

The study estimated that the coordinated approach could avert 619,000 infections and prevent 37,000 deaths in five years. That would save the health care system nearly $8 billion for treatment, the study estimated. The number of CRE infections from that joint approach could be as much as 74 percent better than if the health care facilities worked on their own, according to the Orange County model.

“To date, even when fully implemented, this independent facility-based effort has not adequately controlled inter-facility spread of antibiotic-resistant pathogen,” the study said.

The reason, according to the study, was that patients — particularly those at long-term care hospitals, where patients often recuperate for weeks — spread diseases between facilities, many of which are unaware when the patients arrive that they are carrying these bacteria. “If you’re a hospital doing a great job but the hospital across the town or down the street is not doing a great job, your patients are are at risk,” CDC’s director Dr. Thomas Frieden told reporters in a conference call Tuesday.

The CDC cited places where researchers think a more coordinated approach may be working. The South Dakota public health department requires health care facilities to report cases of CRE so it can track the spread of the bacteria and work with hospitals to reduce transmissions. CRE infections in that sparsely populated state dropped from 24 to 4 over two years, the CDC said.

Nationally, infection reporting is done voluntarily, and many facilities do not do it. The Centers for Medicare & Medicaid Services has begun fining hospitals with high rates of infections and other incidents of patient harm, but those punishments are based on a only few types of bacteria and do not apply to other types of health care facilities.

In Illinois, the state health department maintains a registry of all patients infected with drug-resistant bacteria. When a hospital or nursing home admits a patient, it can check in the registry to see if the patient has a contagious germ and then take precautions to make sure it does not spread to others.

“The current threat of antibiotic resistance in health care settings suggests that historical independent institution-based efforts to prevent transmis­sion have been inadequate,” the CDC study said. “Coordinated prevention approaches led by public health agencies, when coupled with intensified facility-based prevention programs, have the potential to more completely address the emergence and dissemination of these organisms.”

Exclusive: Over 900 Health Workers Have Died of COVID-19. And the Toll Is Rising.