Now that two of California’s biggest health insurers have teamed up on a project to share patients’ digitized medical records, they are planning to invite other companies to join.

The project will initially cover about 9 million Californians, making it possible for doctors and hospitals to quickly access patients’ medical histories and avoid unnecessary tests and procedures. 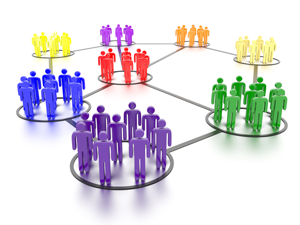 Heads of the two rival insurers — Blue Shield of California and Anthem Blue Cross – said Tuesday that they eventually want to include as many people as possible in the network, dubbed Cal Index.

“Ultimately our goal is to have all payers and all providers participating in Cal Index,” said Paul Markovich, president of Blue Shield, during a call with reporters. “We are open to anyone and everyone who can and will contribute data.”

Organizers said they plan to reach out to other insurers with the idea of creating a comprehensive, statewide system. The project is set to go live later this year, bringing patients’ digitized lab, pharmacy, outpatient and hospital records into one place that can be accessed by both patients and their medical providers.

California’s Secretary of Health and Human Services Diana Dooley said she was excited about the project but cautioned that it needs to protect the privacy rights of consumers.

“Patients have expectations that their records will be private — at the same time they want their providers to have access to enhance their medical options and outcomes,” she said. “This is the balance we are all striving for.”

“Health data being so sensitive, we are very concerned when too much of it is available to too many people,” she said. “It is even scarier when you think of the sheer number of records in a database like this.”

The heads of the two insurance companies said they have done extensive research and planning for the network and will ensure that patients’ records are secure.

The federal government has invested heavily in recent years in getting medical providers to switch from paper records to electronic ones. But there has been less focus on connecting those records, meaning that patients often have to start from scratch each time they switch doctors or go to a different hospital.

Anthem Blue Cross and Blue Shield are investing $80 million in the project over the next three years and eventually will charge subscription fees to providers and insurers. Though there are some smaller regional networks, this will be one of the largest exchanges of its kind, said David Feinberg, president of UCLA Health System and chair of Cal Index’s board of directors.

Feinberg said the inability to share information results in negative health outcomes, duplication and bad decision-making. “In today’s digital age, there is simply no excuse for this waste,” he said.

Patients can opt out of the electronic network. But Anthem Blue Cross president Mark Morgan said those who participate will have the peace of mind of knowing that if they move from one doctor to another, their medical information will follow them.