NEW YORK — As the coronavirus spread silently through New York City early this year, Deborah Koeppel had an appointment with her cardiologist and two visits with her primary care doctor. Both physicians are members of Concorde Medical Group, a practice in Manhattan with an office conveniently located a few blocks from where Koeppel works.

She soon received notices telling her — after the fact — that those doctors were not in her health plan’s network of providers. According to the notices, she was on the hook for $849 in out-of-network cost sharing for three visits, which typically would cost her nothing from in-network providers.

Changes to health plan networks occur all the time as doctors retire, relocate or leave networks. And patients may be the last to find out about such changes because providers or insurers are not always required to inform them.

Koeppel also faced the loss of low-cost access to her in-network gynecologist and dermatologist.

“I felt sickened,” said Koeppel, 62, a senior social worker who kept working even as New York was hit by a brutal COVID-19 outbreak, with more than 1,000 deaths a day at its peak. “To me, it feels like physician abandonment. In the middle of something like this, you’re left without your doctors.”

Legislators, regulators and insurers have enacted special policies during the coronavirus pandemic, including paying for more virtual visits and eliminating copays for COVID-related testing and care. But long-standing issues, such as ever-shifting networks — often unbeknownst to patients — persist unchanged. And blindsiding patients with such changes is particularly hazardous at a time when many offices are partly closed, and patients are vulnerable and more likely than usual to need medical advice or attention.

That’s not how it should work, experts say. “Both parties should have responsibility for notifying their members,” said Sabrina Corlette, a research professor at Georgetown University’s Center on Health Insurance Reforms who co-authored a recent report examining state protections for patients who lose access to their doctors and other providers during contract disputes between providers and health plans.

The paper highlighted published examples of contract disputes that potentially affected hundreds of thousands of members, including 100,000 UnitedHealthcare members who lost access to eight Houston hospitals because of a contract dispute last year and the long-running feud in Pennsylvania between Highmark Health and the University of Pittsburgh Medical Center over in-network access to at least 11 hospitals.

Network changes that affect only a small number of patients or are the result of amicable negotiations between providers and insurers happen too, but they rarely make the news.

Health care experts agree that maintaining regular relationships with providers over time can help people manage chronic conditions and stay healthy. But patient protections from disruptions caused by network changes are scant. Most states have laws that permit health plan members to continue to see their doctors for a time after they leave the network, but only under certain limited circumstances, such as if they are pregnant or have a terminal illness. And some states require insurers to notify members in advance of network changes, Corlette said. 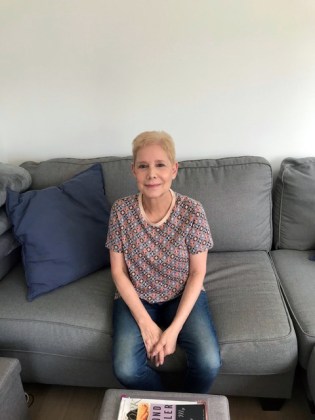 Deborah Koeppel learned her cardiologist and primary care doctor had been dropped from her insurance network ― shortly after her most recent appointments with both. “I felt sickened,” says Koeppel. “To me it feels like physician abandonment.” (Courtesy of David Koeppel)

But state laws don’t protect the majority of people who have coverage through health plans that are self-insured, meaning they pay members’ claims directly rather than buy insurance for that purpose. Those plans operate under federal guidelines and generally aren’t subject to state insurance regulation.

Koeppel is a member of 1199SEIU, the Service Employees International Union’s largest local, representing nearly 450,000 health care workers on the East Coast. She receives health care through the National Benefit Fund, a self-insured plan funded by contributions from the union members’ employers.

But no one told the patients about the change.

The National Benefit Fund wasn’t notified of the change either, according to a statement from the fund. A staff member for the fund brought it to their attention.

Koeppel said she knows there are other doctors she can see — there are tens of thousands in network in the New York City area. But she was distraught to lose those with whom she’s developed a trusting relationship.

Her primary care physician “has been incredibly available by phone, just a really committed person who’s caring, warm and very reassuring,” she said.

After Koeppel complained to Northwell, administrators offered to write off any charges for her visits to Concorde physicians during the pandemic, she said.

And after a reporter contacted Northwell and the union’s National Benefit Fund about the network changes, the health system and the union agreed to a temporary contract extension from January 2020 through the end of August that allows 1199SEIU members to continue to see their Concorde doctors without cost sharing. The two parties are in negotiations for a new agreement that would give National Benefit Fund members in-network access to Concorde and other Northwell physicians after that date.

Northwell’s Lynam said that since there was no interruption in patient care, the timing of patients’ discovering the change is immaterial.

Koeppel disagreed. If she had been informed of the upcoming change in October when Northwell put out its press release, Koeppel said, she would still have been upset. But she would have been better positioned to switch providers before January and would have had new physicians in place before the pandemic hit.