Enrollment in health insurance plans through Covered California in the first two weeks of February maintained the same pace reported for the last two weeks of January, while Latino enrollment jumped significantly in January, according to state data released yesterday. 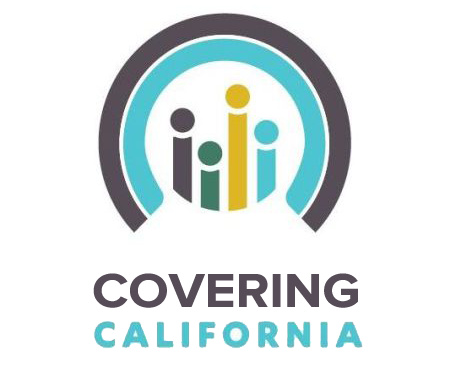 About 100,000 people signed up during the first two weeks of February, almost exactly matching the number who enrolled in the last half of January, said Covered California and the California Department of Health Care Services.

In January, 28 percent of those who enrolled were Latino, a “marked improvement” compared with the first three months of signups, said Peter V. Lee, executive director of Covered California. From Oct. 1st to Dec. 31st, only about 18 percent of enrollees identified themselves as Latino.

“I couldn’t be happier … that Latino and Spanish-speaking enrollment has increased,” said Rep. Loretta Sanchez (D-Anaheim) in a written statement. She indicated that more progress is needed, noting that “Latinos make up more than half of California’s uninsured population.” In January, Sanchez joined 15 of her California congressional colleagues in sending a letter to Lee, saying Covered California needed to do more to boost Latino enrollment.

Despite the stronger January numbers, only 21.4 percent of those who signed up for health insurance from Oct. 1st-Jan. 31st were Latino.

Lee acknowledged that his agency needs to step up its outreach to Latinos. He said Covered California has embarked on new efforts to do so — including more community outreach and new Spanish-language advertisements.

“We will be spending $8.2 million dollars in Spanish language media in the first quarter of this year,” Lee said. “That’s a 73 percent increase over what we spent in the final quarter of 2013.”

Overall, more than 1.6 million Californians have signed up so far either for a private health insurance plan through Covered California, or for low-cost or no-cost Medi-Cal coverage, according to the Wednesday data release.

From Oct. 1-Feb. 15, 828,000 Californians enrolled in a health plan, Lee said. What’s more, he said, about 80 percent have paid their premiums and now have coverage.

During that same period, another 877,000 Californians were determined eligible for Medi-Cal, California’s Medicaid program  for individuals with incomes at or below $15,850 a year and a family of four that earns $32,500 or less.

Lee went on to say that of the  728,000 Californians who selected a private health policy by Jan. 31, 626,000 were eligible for subsidies to help offset the cost of monthly premiums and other insurance expenses.

Covered California wanted to enroll between 500,000 and 700,000 subsidy-eligible customers by the end of open enrollment on March 31.

“We’ve  already exceeded the base enrollment projections… and we’re well on the way to surpassing the enhanced projections,” Lee said. “This shows how strongly Californians are stepping up and are interested in taking advantage of the Affordable Care Act coverage opportunities.”

The numbers released Wednesday include only those who signed up through Covered California and do not include those who bought insurance plans directly from health insurance companies.

Wednesday’s numbers also don’t include information about how many of those who have signed up for coverage were previously uninsured, which is a key factor in determining how well the law is working.

“We don’t have good numbers on how much we’ve reduced the uninsured,” Lee said.  “We’re going to do follow up on this, but we’re confident we have had a very dramatic impact on reducing the number of uninsured in California,” he added.

Lee said enrollment in another key group –  young adults – is also improving, if only slightly.

Lee told reporters that  January saw a slight uptick in enrollment among young adults aged 18 to 34. As of January 31, about 26 percent of those who enrolled in a health plan fell into this coveted age group. They had made up 25 percent of enrollees through the end of December.

This group of young adults makes up about 25 percent of the overall state population, but economists believe it needs to constitute closer to 40 percent of enrollees to keep overall costs down.

Under the Affordable Care Act, nearly every American must be covered by health insurance by March 31 or face a tax penalty that starts out small and grows over time.

This story is part of a partnership among KPCC, NPR and Kaiser Health News.

Latino Insurance Enrollment Picks Up In California, But …