Earlier this month, Arizona voters approved a referendum that allows terminally ill patients to receive experimental drugs and devices. It’s the fifth state to approve a “right-to-try” law this year.

Supporters say the laws give dying patients faster access to potentially life-saving therapies than the Food and Drug Administration’s existing “expanded-access” program, often referred to as “compassionate use.” But critics charge they’re feel-good laws that don’t address some of the real reasons patients may not receive experimental treatments. 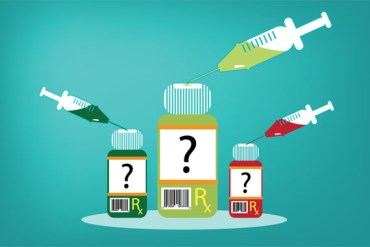 The legislatures in Colorado, Louisiana, Michigan and Missouri also passed right-to-try laws this year as part of a nationwide effort spearheaded by the conservative Goldwater Institute, which hopes to get right-to-try laws on the books in all 50 states. The measures generally permit a patient to get access to an experimental drug after it’s passed through phase 1 of a clinical trial, the initial testing in which a drug is given to a small group of people to evaluate its safety and side effects.

“For people with terminal illness, for whom nothing else has proved effective, they don’t have the luxury of waiting four to five months to get through the FDA’s compassionate-use program,” says Victor Riches, vice president of external affairs at the Goldwater Institute. Riches says that timeframe includes a lengthy application by the patient’s physician, FDA review and approval of the request and a federally required review by an institutional review board, a group of medical experts that evaluates the risks and ensures the patient understands them as well.

Between 2009 and 2013, the FDA received roughly 1,000 expanded-access applications annually and approved virtually all of them. Among other things, the FDA considers the severity of the patient’s condition and whether other avenues of treatment have been exhausted. Some patient advocates and policy experts say that while the FDA process could be sped up, they support the agency’s continued oversight because of its critical role in ensuring drug safety and effectiveness.

But even if the FDA approves a request for an experimental drug, the patient might not get it. Drug companies are not obligated to provide the drug to patients who request it.

Right-to-try laws are no different.

“We take a free market approach to problem solving, and we would never mandate that the drug companies provide these medications,” says Riches.

Without any assurance of access to an experimental drug or device, and with no financial support to help patients cover the costs, right-to-try laws give patients false hope, say critics of the laws.

“There’s no money in these laws, and no provision for companies to supply anything,” says Arthur Caplan, director of the division of medical ethics at New York University’s Langone Medical Center’s Department of Population Health. Caplan has been a vocal critic of right-to-try laws.

In addition to the cost of the drug, if the drug company doesn’t cover it, patient advocates say expenses can be a significant burden on people who have to travel to get access to an experimental drug.

“It’s a big issue for patients with rare diseases,” says Diane Dorman, vice president of public policy at the National Organization for Rare Disorders. NORD has historically been supportive of the FDA expanded-access program. It doesn’t take a position on right-to-try laws.

The right-to-try model legislation developed by the Goldwater Institute explicitly states that insurers are not required to cover the costs of either the drug or device, or other services related to its use.

In addition to questioning whether right-to-try laws will make any meaningful difference in ill patients lives—Riches says he’s unaware of any patients who have taken advantage of the laws to date—critics voice a broader concern about the potential impact on the drug development process.

The decision by drug companies whether to provide a drug to one very sick individual is wrenching. How do they balance the needs of that person against the potential to introduce the drug to a broader patient population? Terminally ill individuals who receive experimental drugs may well suffer serious adverse events, potentially setting back the drug approval process.

“The concern is that these laws don’t really address the risks to the companies,” says Brenda Huneycutt, a director of regulatory strategy and FDA policy at Avalere Health, a research and consulting firm.

In addition, if more people get access to drugs through right-to-try laws, they may be less likely to participate in the clinical trials that are essential to new drug development, say experts. Why risk being given a placebo when patients can be assured of getting the drug under a right-to-try law?

“For us, the most important thing is that the clinical trial process remains robust so products can be approved most quickly,” says Dorman.