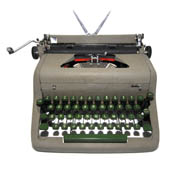 The recent story, The Latest In Medical Convenience: ER Appointments (Gorman and Colliver, 7/3), drew a number of responses. Here’s an example:

This idea sounds fantastic. Having been a former ER registration clerk in a county and a private hospital, I know the grueling wait times for walk-ins, and I myself have brought home illnesses picked up in an urgent care waiting room. With technology in our hands and in our pockets this is an innovative way to harness its vast capabilities for the good.

Another reader offered this comment regarding What The Hobby Lobby Decision Means For Employers (6/30):

When you say that insurance companies can just pay for the contraceptives that Hobby Lobby doesn’t want to pay for you miss the very significant point that large employers are almost always self insured. They use third-party administrators to process the claims and re-insurance carriers to assume the abnormal claim risk, but, by and large, the claims are paid by the employer. In the case of smaller companies which are fully insured, the insurance companies will raise premiums to cover all of the claims that occur under the plans they sell. The disconnect between the money paid by the insured and the benefits the insurer provides isn’t true and lets one escape the fact that the employer IS, in fact, paying for these benefits.

Your June 30th story … sends a troubling message that those who find current coverage options unaffordable are better left uninsured. Instead of writing these Americans off, our goal should be to find new ways to lower barriers to the important benefits that health plans provide.
Indeed, the issue is not a choice between a new lower-premium plan or a platinum policy; it’s this new option or no coverage at all. The goal of a new catastrophic plan is to address the fundamental issue of affordability, and give those currently uninsured a pathway into the system.
For younger and healthier Americans especially, a lower-premium plan option would not only help protect them from being bankrupted by a medical tragedy, but also provide access to important preventive care services that would be available with no out-of-pocket cost.
The critics quoted may not believe consumers would be interested in a lower-tier plan, but we know with certainty that a market exists.

Another reader shared her personal experiences after reading In Unhealthy Eastern Tennessee, Limited Patient Options Bring Some Of The Country’s Cheapest Premiums (Rau, 7/8).

I could not agree more with Andy Figlestahler, the insurance broker who was quoted as saying that narrow network policies “should be in flashing letters: if they select E, buyer beware.” … I … purchased a Blue Cross Blue Shield of Arizona policy via the ACA Marketplace. … I was aware that there was a restricted hospital network with this plan, but there was no disclosure of a restricted physician network. In fact, the summary of the plan specifically said, “You Can See Any Specialist”! I specifically looked for my gynecologist and endocrinologist on the BCBSAZ web site, and both were listed as accepting PPOs. … I later found out that neither my gynecologist or endocrinologist – even though designated as accepting PPOs – is part of the “Alliance” PPO. I did an informal count of endocrinologists in my city of Scottsdale, Ariz. There are 22 on the BCBSAZ web site – and yet just *one* listed for the “Alliance” PPO. … For patients who wish to keep their current providers (which President Obama specifically promised we could do), this causes two issues. First, a $12,000 deductible applies for out-of-network services, vs. $6,000 in-network for my policy. Second, consumers can be charged the full rate for services, rather than the contractual discount rate.

Letters To The Editor: A New Medical Convenience; ‘Copper Plans’ And Other Coverage Issues