Letters to the Editor is a periodic KHN feature. We welcome all comments and will publish a selection. We edit for space and require full names. 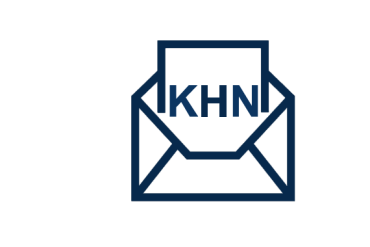 The reporter accurately conveys what the evaluation said, but the important story is that this evaluation is seriously flawed – indeed, so inadequate that it should be set aside and Centers for Medicare & Medicaid Services should be expected to do better in future evaluations of readmissions work.

The [Econometrica] evaluators identify the four Chronic Care Transitions Program (CCTP) sites that had statistically significant decreases in their readmission/discharge rates and attempt to learn from those sites what elements appear to lead to success.  However, the evaluators do not provide the numerators or denominators in these calculations, making it impossible to begin to know what really happened.… Undoubtedly, some sites in the rest of the 48 CCTP projects reduced both their readmissions and their admissions substantially — and therefore registered no gains.  Since the evaluators are using a metric that cannot even reliably classify programs as successes or failures, virtually all of the evaluation becomes uninformative. We have posted a more complete critique and Christopher Langston of the Hartford Foundation has posted a critique of the methods and timing.

By this point, the U.S. has spent billions of dollars on improving care transitions, including penalties to half of the country’s hospitals.  The care transitions work has been transformative – hospitals are learning about and supporting better community services, and acknowledging shared responsibility for the well-being of people living with fragile health. Community services are learning to meet the needs. Real declines in hospital utilization are fueling reductions in Medicare spending. … We ought to be learning a great deal more about what works in specific situations, benchmarks of best practices, and how to build upon successes. (Dr. Lynn helped establish the care transitions work while on the staff of the Centers for Medicare & Medicaid Services and has continued to coach and consult with multiple programs in the field, including a paid consultation with the CCTP program in San Diego.)

The Centers for Medicare and Medicaid Services [evaluation] painted an incomplete picture of a program that was just getting on its feet and that has since made significant strides.

When the program got underway, CCTP sites had to hit the ground running, investing an average of $165,000 in non-reimbursable start-up costs just to begin their work. The programs also faced steep ramp-up deadlines, some of which were unattainable in the absence of funding, major lag time in acquiring admissions data from CMS and hospital partners focused more on other health care reform efforts.

In addition to operational challenges, the arbitrary readmissions metric at the heart of the CCTP program also placed pressures on sites that were beginning to gather momentum, and as a result, otherwise high performing sites were penalized.…

While many agencies were able to overcome these significant hurdles, others could not. The report attempts to identify common denominators among the successful sites, but in conducting an evaluation so early in the program, greater insight might have been gained by focusing instead on the scope and depth of the common challenges.

Here’s the good news. Despite these challenges, many CCTP sites are actually succeeding today. In a recent survey conducted by the National Association of Area Agencies on Aging (n4a), 82 of the 92 Area Agencies on Aging (AAAs) involved in CCTP said their local care transitions activities were reducing readmissions and about an equal percentage said they realized significant costs savings to Medicare, in many cases totaling millions of dollars.

I am a primary care physician, and have a good sense of why so many elders are hospitalized.  Most of my patients know the answer as well.  The simple answer is that it is far less expensive for my patients, far easier for me, and often the only viable option to send sick elderly people to the hospital rather than trying to treat them at home.  That is how our health care system is designed, and reforms by Medicare and the ACA do not make is any easier for me to allow patients to be treated at home; in fact it is rarely possible to accomplish this goal.  The idea that we can reduce readmissions without altering the rules that force us to admit patients in the first place, is nonsensical.   Unfortunately by putting reform dollars in the hands of hospitals, and by talking to academic physicians and pundits while keeping practicing primary care doctors out of the conversation, the reality of why our health care system is failing will elude us. In reality, the ACA has not helped improve the situation, and in many ways it has made matters worse.  Primary care doctors are disappearing, and a specialized hospital-based health care system is ballooning under the auspices of the ACA.  As an early supporter of the law, I can only hope that we more critically examine what the problems are and begin to fix them. But first we must stare reality in the eye and talk to those who live in the shadow of Medicare.
In addition, the story, Proton Center Closure Doesn’t Slow New Construction (Gold, 10/1/2014), drew the following response:

[This story] could leave listeners and readers with a false impression of proton therapy’s cost, efficacy and value to patients. There exists a substantial and increasing level of evidence that proves proton therapy is a superior form of radiation therapy for multiple disease sites. Earlier in 2013, for example, a team at MD Anderson Cancer Center published their comparative effectiveness research and concluded that the episodic cost of care using intensity modulated proton therapy in advanced stage head and neck cancer was less costly and of higher value than more traditional radiation therapy. A team at the Mayo Clinic also published their comparative effectiveness research earlier in 2013 and concluded that disease-free survival is significantly higher at five years for patients receiving proton treatment than for patients receiving more traditional radiation called IMRT (72 percent versus 50 percent).

An article from three leading physicians at the University of Maryland states that, “As a larger number of centers participate in these trials, extensive data will be generated, contributing to an explosion in knowledge and evidence in this field.”  In short, we already have substantial evidence that proton therapy is effective for many cancers, but the body of evidence is growing.

While proton therapy initially may be more expensive than traditional radiation, depending upon the complexity of the case, the total costs of medical care for a proton therapy patient may be lower than with traditional radiation because short-term and long-term side effects are often minimized or avoided. These side effects can be costly to treat as well as physically devastating to patients. Thanks to proton therapy’s precise targeting, which avoids damaging healthy tissue, long term quality of life for patients often is dramatically improved. In some cancers, proton therapy also reduces the likelihood of a secondary, radiation induced cancer.

Recent studies in The New England Journal of Medicine and JAMA Internal Medicine revealed, for instance, that women who have traditional radiation for breast cancer — particularly left sided breast cancer — are at increased risk for heart attacks and other cardiac complications later.  They can avoid that risk — and the attendant costs to the medical care system as well as to their personal health — through the use of proton therapy to treat their breast cancer.  Proton radiation does not expose women’s hearts to the dangers of traditional radiation.

Meanwhile, a reader also commented on two California-based stories about in-home caregiving, Lots Of Responsibility For In-Home Care Providers — But No Training Required (Gorman, 1/6) and As Caregiving Shifts To The Home, Scrutiny Is Lacking (Gorman, 1/5):

I just finished reading two Kaiser Health News two reports … [and] while the reports raised some timely issues, they relied too heavily on information provided by those who advocate mandatory training. … The vast majority of in-home care providers are trained by the person needing their services, or a family member who loves them. Why? Because the person needing the services of an in-home care provider knows exactly what they need, and how these needs should be met. The In-Home Supportive Services (IHSS) program was designed to be consumer-oriented and consumer-directed. The basic objective has always been to provide services that the disabled person would provide for themselves, if their varying disabilities didn’t interfere with their ability to do these things by themselves. The IHSS program does not provide complicated medical procedures. Why? Because no IHSS consumer would do complicated medical procedures on themselves.

There are basically very few rules for any IHSS provider: Be prompt, be clean, be courteous and respectful; listen to your client; do what your client asks, in the manner your client prefers.

These rules do not require 75 hours of training. On the contrary, 75 hours of training is likely to overturn the basic rules listed above. … [It is also] a known [Service Employees International Union/UDW Homecare Union] theme, and the union’s latest effort to gain more control. Who will do the training? Who will get the lucrative contract to provide this training? What training will they provide? And, finally, who will be required to pay for this training? The taxpayers of California?

Another reader had the following thoughts on the story, Limited Insurance Choices Frustrate Some Patients In California (Bartolone, 1/15):

I was so happy to see a report on Northern California’s lack of insurance carriers and the difficulties EVERYONE endures in this setting. My only negative comment would be in relation to the accessibility of care across the stateline. … There are many, many people living in border areas whose only choice for reliable health care is in a larger city across that imaginary line. Subsidies or not, I’ll go without care until I can afford the out-of-pocket expenses that are part and parcel of seeking adequate medical care. When you’re in an area that more people are transported to the hospital via air ambulance than ground ambulance, that imaginary line becomes an even bigger problem.