Nancy Pippenger and Marcia Perez live 2,000 miles apart but have the same complaint: Doctors who treated them last year won’t take their insurance now, even though they haven’t changed insurers.

“They said, ‘We take the old plan, but not the new one,’” says Perez, an attorney in Palo Alto, Calif. 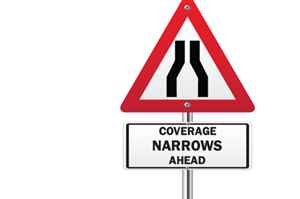 In Plymouth, Ind., Pippenger got similar news from her longtime orthopedic surgeon, so she shelled out $300 from her own pocket to see him.

Both women unwittingly bought policies with limited networks of doctors and hospitals that provide little or no payment for care outside those networks. Such plans existed before the health law, but they’ve triggered a backlash as millions start to use the coverage they signed up for this year through the new federal and state marketplaces. The policies’ limitations have come as a surprise to some enrollees used to broader job-based coverage or to plans they held before the law took effect.

“It’s totally different,” said Pippenger, 57, whose new Anthem Blue Cross plan doesn’t pay for any care outside its network, although the job-based Anthem plan she had last year did cover some of those costs. “To try to find a doctor, I’m very limited. There aren’t a lot of names that pop up.”

Consumer groups argue many enrollees were misled. In California, consumers filed class-action lawsuits against some insurers, alleging they were given inaccurate information about their plans’ limitations and about which doctors and hospitals participate in them.

Nationally, regulators and insurance agents are inundated with complaints, while state lawmakers are considering rules to ensure consumers’ access to doctors. For 2015 plans which will be on sale beginning in November, the federal Department of Health and Human Services said it will more closely scrutinize whether networks are adequate.

Insurers say they are simply trying to provide low-cost plans in a challenging environment. The new federal health law doesn’t let them reject enrollees with health problems or charge them more just because they are sick. So they are using the few tools left to them — contracting with smaller groups of hospitals and doctors willing to accept lower reimbursements; requiring referrals for specialty care and limiting coverage outside those networks.

“Obamacare products have lower prices than they would have if they had had [larger] commercial networks,” said Robert Laszewski, an industry consultant and former insurance executive. “They’re one-size-fits-all networks designed for low-income people accessing insurance for the first time.”

Lower monthly premiums made such plans attractive to many consumers on the new exchanges. Some chose tightly managed plans — often called health maintenance organizations (HMOS) or exclusive provider organizations (EPOS) – specifically because of their cost, in some cases, without realizing the tradeoffs.

Others had no choice.

Anthem, one of the biggest sellers of individual insurance, offers only HMO-like plans through the new markets in six of the 14 states it serves, including New Hampshire, where it is the only insurer. In California, where the insurer is the target of two class-action lawsuits, it offers plans with no out-of-network benefits in Los Angeles, San Diego and San Francisco, although another type of plan is available in other counties.

Anthem spokeswoman Kristin Binns said the insurer decided to move heavily into managed care in many of its markets after research showed most consumers, especially those who were uninsured, cared about price first and foremost.

“HMOs give them much more access than they were afforded before,” Binns said.

Still, she said Anthem expects to roll out plans with out-of-network coverage in 2015 in some areas where it does not offer them. She would not specify the regions.

Other insurers made similar decisions, offering managed care plans as the only choice for residents buying through the new marketplaces in entire counties in Indiana, Georgia, South Carolina, Virginia, Florida, Wisconsin and Mississippi, according to government data analyzed by Kaiser Health News. Nationally, 43 percent of mid-level “silver” plans offered in California, New York and 34 states using the federal marketplace have no coverage outside their networks, a study by the American Cancer Society Cancer Action Network found.

“They’re all doing it,” says Wall Street analyst Ana Gupte of Leerink Swann, an investment bank. “Obamacare is putting pressure on their margins, so they’re on the hook to moderate costs.”

But along with consumers, lawmakers and regulators have begun to push back.

In California, managed care regulators are investigating Anthem and another insurer, Blue Shield of California, after receiving numerous complaints about access to doctors and hospitals.

Lawmakers in 22 states debated laws this year and last related to network adequacy, although the vast majority failed to pass, according to the National Conference of State Legislatures. In Washington state, administrative rules announced this spring require insurers to provide enough primary care doctors so enrollees can get an appointment within 10 days and 30 miles of their home or workplace. Directories of participating providers must be updated monthly.

“I have heard from many consumers … who were upset to find their health plan no longer included their trusted doctor or hospital … and some discovered this only after they enrolled,” Washington Insurance Commissioner Mike Kreidler said in an announcement of the rules in April.

Brian Liechty of TCU Insurance in Plymouth, Ind., said he has helped “hundreds” of clients sign up for tightly managed plans – including Pippenger, when her work-based plan was discontinued.

“For the right person who is willing to go where they must and live with rules, it allows them to buy a health insurance policy they could never touch before,” he said. “So, there are some good things, but balancing it out, there are some equally bad things for people who previously had insurance.”

Patient advocates agree that managed care can be done well but caution that some policies could leave patients scrambling to find doctors – and on the hook for thousands of dollars if they go out of network.

“If highly specialized care — an academic medical center or a cancer center — is not available in a plan’s network … some plans will send you to an out-of-network provider, but it’s not required,” said Laura Skopec, senior policy analyst at the cancer action network.

Going out of a managed care plan’s network often means patients foot the entire bill, which can be financially devastating in cases of serious illness. In other types of insurance plans, a portion of the out-of-network bill might be covered, but consumers still face sharply higher costs than if they see a network provider.

Pippenger said that because she was in pain and knew she might need surgery, she checked the provider directory for her new plan, looking for an orthopedic surgeon within 30 miles. She found five who specialized in hips and knees, but felt anxious because she knew nothing about them.

“I want to go back to the doctor who did my other knee,” she said.

She paid for an initial consultation with him, but realized she couldn’t afford the cost of having him fix her second knee.

Adding to the problem this year were some plans’ incomplete or inaccurate lists of participating doctors and hospitals.

Perez, 46, bought her insurance through California’s state-run website. Before enrolling, the immigration attorney says she was assured by the plan and her doctors that they were in Anthem’s network. Only later did she find out that none of those affiliated with her local hospital, Stanford Medical Center, are in it.

Perez said she was unable to find a doctor affiliated with Stanford or another nearby hospital, so she filed a complaint with state regulators and was  granted a waiver to switch plans.

“I’ve been paying a premium since March for medical care that I’ve never been able to access,” she said.