It turns out Republicans and Democrats do have something they can agree on this election season – they’re worried about how to pay for long-term care when they or a family member can no longer live at home.

A new poll released Wednesday by The SCAN Foundation and the UCLA Center for Health Policy Research found that half of California voters say they’ll need long-term care for a close family member in the next few years, but won’t be able to afford it. 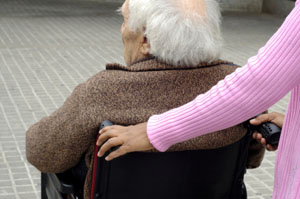 Long-term care costs can surprise many families who expect Medicare to cover their needs. After a hospital stay, Medicare will pay for 100 days of nursing home care, but after that, families are on their own or are forced to spend down their assets to become poor enough to qualify for Medicaid. Latino voters in California, the poll found, were the most confused about Medicare: 31 percent assumed the federal program would pay for long-term, nursing home care – more than twice as many as white voters.

What is certain is that there will be many more people spending their golden years in the Golden State. Over the next two decades, the population of seniors aged 65 and older is projected to double to 8 million. And Californians want their state government in Sacramento to find a solution. The vast majority of Republicans (81 percent), Democrats (94 percent) and independents (85 percent), the poll found, said that despite the fiscal calamities in California, figuring out affordable options for long-term care should be a top priority.

The poll surveyed 1,667 registered California voters age 40 and older and was conducted by Lake Research Partners and Chesapeake Beach Consulting between Aug. 15-22, 2012.