It is perhaps the biggest men’s health craze since Rogaine or Viagra: so-called low testosterone clinics, which have rapidly grown in cities and suburbs all across the country. But these “low T” clinics have also drawn the ire of leading urologists and endocrinologists who question the clinics’ safety.

Testosterone prescriptions in the U.S. more than tripled in the last decade, according to a study in JAMA Internal Medicine. But researchers suspect much of the testosterone dispensed at low T clinics isn’t tracked since it’s often bought with cash. This unfettered flow of testosterone—officially a controlled substance—has raised concerns among doctors who specialize in hormonal problems. 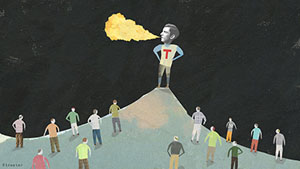 “In most doctor’s offices, you don’t see a big shingle over their door saying, ‘Get your testosterone here!’” says Dr. Edward Karpman, a board certified urologist and the medical director of the Men’s Health Center at El Camino Hospital in Los Gatos, Calif. Karpman says low T clinics aren’t in the business of treating the complex medical problems that often masquerade as low energy and decreased sex drive. Those can include sleep apnea, depression and, perhaps most importantly, heart disease.

“Any man who presents, especially in his 40s and 50s, with new onset erectile dysfunction is at an increased risk for cardiovascular disease and even heart attack or myocardial infarction,” says Karpman.

Hormone treatment itself isn’t without risk: a recent study of more than 55,000 men found a doubling of heart attack risk among older men who used testosterone. Younger men who had a history of heart disease had a higher incidence of non-fatal heart attacks. In addition, men who are on prolonged high level testosterone replacement therapy can experience testicular shrinkage.

Yet, even as calls for closer scrutiny of the treatment intensify, the clinics continue to treat men like Greg Lucas. About three years ago, at age 25, Lucas was single and a rising star at a Dallas software company. But he didn’t quite feel right – his energy, his sleep, his libido were all lagging. He was having trouble managing his weight, too.

His symptoms sounded a lot like those described in a television ad for low testosterone. So Lucas decided to do what the ad recommended: talk to his doctor.

“His first response was, ‘OK let’s do a blood test and see where you’re at,’” recalls Lucas. “Following that, my blood test returned a rating that was in the normal range for the lab and he said that was fine.”

Lucas protested: His levels, after all, were in the bottom five percent of normal –that seemed out of step for a 25-year-old man. Lucas was seriously overweight, and his doctor advised him to diet and get more exercise.

The problems persisted, though, and Lucas pressed his doctor for the next three years or so about testosterone treatment, but each time got the brush off.

Lucas did manage to start exercising at a gym, but he wasn’t losing much weight. Then, a coach mentioned that testosterone treatment could be the answer to his mothballed mojo and suggested he get a second opinion at a low T clinic. He went online and ended up calling a clinic in Dallas. He was impressed. Finally, it seemed, someone was listening to him.

“They did a blood test and found my testosterone level to be even lower that the last time I had it tested, and they said, ‘We would absolutely recommend that you start treatment right away,’” Lucas says.

Lucas says the testosterone therapy changed his life: he lost weight and got his energy back. He only wishes that his regular doctor would treat him for low T, so that his insurance would cover the bills.

Despite Lucas’ positive experience, the risks and health benefits of long-term, testosterone therapy are not well understood. The Food and Drug Administration is reassessing the safety of testosterone products.  A spokesperson reiterated the agency’s own guidelines: none of the products approved by the FDA should be prescribed unless low testosterone is associated with a medical condition.

Some doctors warn patients to stay away from low T clinics. Dr. Bradley Anawalt is one of them. He heads the Hormone Health Network, part of the professional association for endocrinologists, which has released clinical guidelines for testosterone therapy.

“They are sex hormone factories,” says Anawalt. “What I mean by that is: They are out to promote all the potential virtues and great myths about how testosterone may solve all problems. And they’re really out to prescribe as much testosterone as they possibly can, and it’s not clear that all these practices are completely safe.”

Still, the clinics aren’t prompting large numbers of patient complaints, according to a number of state medical boards contacted for this story.  But a review by Kaiser Health News of physicians working for a number of low T clinics found very few specialized in urology or endocrinology. Instead, one doctor at a Chicago clinic and another in Fort Lauderdale were anesthesiologists; in Houston, an allergist; in Phoenix, an osteopath; and in Washington, D.C., an obstetrician-gynecologist. 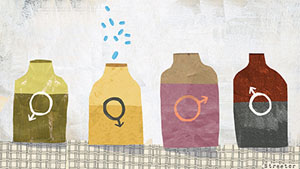 “There is some hope that state or federal governments will start to crack down and regulate unscrupulous prescription of testosterone to men, and perhaps they will review the practices of these clinics,” says Anawalt.

The clinics themselves say they’re legitimate medical practices. Dr. Bill Reilly is the chief medical officer at Low T Center, one of the largest chains of low T clinics, based in Southlake, Texas. His company has 45 offices and some 35,000 patients. Reilly says patients must have a diagnosed medical condition.

“Our number one complaint at Low T is, ‘Why won’t you treat me?’ We just don’t see a patient, ‘Hey, here you go. Here’s some testosterone,’” Reilly says. “They go through a complete history, physical, thorough evaluation. We go through their symptoms.”

Indeed, Reilly says some 15,000 men are turned away with no treatment because they don’t meet the medical definition of low testosterone. And those with sleep apnea or high blood pressure or other serious illnesses are encouraged to see their family doctor. Before joining Low T Center, Reilly was a joint surgeon. He doesn’t believe medical training in urology or endocrinology is necessary to do the job well.

Reilly says the growing criticism from others in the medical community is perhaps just ignorance and fear of the competition. After all, Low T Center expects to more than double its sites in the next year, reaching perhaps as many as 70,000 patients.

Low T Business Is Booming, Despite Questions About Risks