In its ruling, the Supreme Judicial Court said that Maine’s insurance superintendent had “properly balanced the competing interests” in arriving at an approved rate increase of 5.2 percent. The insurer, a unit of Wellpoint, the nation’s largest insurer, had sought a 3 percent profit margin as part of an overall 9.2 percent increase in health insurance rates for policies sold to individuals in 2011. It argued that state regulators’ decision to grant a 1 percent profit margin violated state law and the U.S. Constitution by depriving the company of a “fair and reasonable return.” 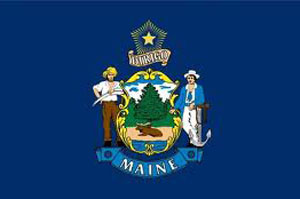 Wellpoint spokeswoman Kristin Binns said in an e-mail statement that the company had not decided on its next step. “We stand by our position that filed rates need to both cover the medical costs for our members and allow for an adequate risk margin to cover unanticipated costs,” she said.

Legal experts say the company has several options, including asking the state court to reconsider its decision, or seeking to appeal the ruling to the U.S. Supreme Court.

Maine law, like that in many states, says premium increases cannot be excessive, inadequate or unfairly discriminatory. In October, the National Association of Insurance Commissioners filed a brief with Maine’s top court, saying that if the court sided with Anthem, the decision “has the potential to destabilize a key aspect of insurance regulation and will have far reaching effects impacting all states.”

“This is great news for consumers because it reaffirms that a state insurance regulator, when they have the authority, can do a balanced, comprehensive review of rates,” Kofman, now a researcher at Georgetown University’s Health Policy Institute.

The rate increase decisions affected policies Anthem sold to individuals, who buy coverage because they don’t get insurance at work or school and don’t qualify for government-sponsored coverage.

The District of Columbia and 26 states, including Maryland and Virginia, have the authority to veto rates deemed excessive for at least some types of insurance, generally policies sold to individuals and small businesses. Seven states, including California, have the power to review rate increases in advance but not to block them.