As she left a 12-hour day on the labor and delivery shift, Dr. Katie Merriam turned off her pager.

“I don’t know what I’d do without it, you know? It’s another limb. I always know where it is,” she said, laughing.

The third-year resident in obstetrics and gynecology at the Carolinas Medical Center hospital in Charlotte, N.C., works in a medical specialty dominated by women, treating women. She feels a special connection to her patients, Merriam said.

“You just, you can feel what they feel and understand why they feel certain ways. I do feel a special bond,” she said.

Nationally, 82 percent of doctors matching into OB-GYN residency programs are women. Many OB-GYN patients say they prefer female doctors. Merriam’s residency class is a bit of an anomaly — half of its members are men. Though it’s nice to work with so many women, Merriam said, she and some of her female colleagues also like the perspective that men bring to the work environment.

“No one could really pinpoint about what balance they bring, but there’s something nice about having them,” she said.

It’s important to have men in the field, she said, if only to continue to give patients options in their choice of providers. But most of her friends and other women she talks to, she said, want female doctors.

Blake Butterworth, a fourth-year obstetrics and gynecology resident at the Medical University of South Carolina in Charleston, said he doesn’t take it personally when he hears that sort of thing from a patient.

“I don’t get discouraged; I don’t get offended,” Butterworth said. “I gladly hand that patient off.”

He’s one of only two male residents in the program of 24 at MUSC and said he finds it rewarding when he can win a new patient’s confidence.

“I have patients that clearly express disdain to have to see a guy,” he said. “Then I develop rapport with her. And she says, ‘I expected you to be X, Y, Z, and you were better than that.'”

Butterworth said he chose obstetrics and gynecology because it lets him develop long-term relationships with patients — providing routine OB-GYN care and more complicated surgeries, if need be.

“Once you really get into it, and get involved in it, I don’t think that bias [that the field is best left to women] holds true,” he said.

Butterworth said he believes it is incumbent on male OB-GYNs to talk to male medical students about the benefits of having men in the field. Students need to know it’s OK to have an interest in the field, he said, and that they will find work.

In fact, says Dr. Ashlyn Savage, an associate professor of obstetrics and gynecology at MUSC, it may be the opposite.

“In an effort to really diversify the applicant pool, we will apply in some cases different screening standards to decide who we are going to interview,” Savage said. “For example, we might consider an applicant with a slightly lower board score — just to enhance how many men we are interviewing and considering.” 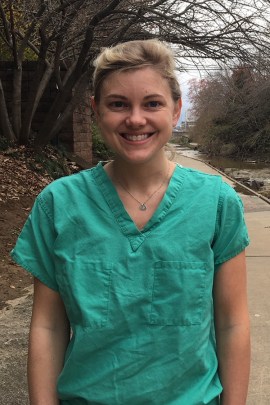 It has been a challenge to find male OB-GYNs for the program, she said. The gender that at one time dominated the field is now at some schools considered a diversity hire. But Savage questions whether balancing the number of men and women in the specialty is as important as racial or ethnic diversity.

“The interesting thing to me is the primary motivation to [seek a diverse candidate pool] is so that patients have the opportunity to seek out physicians who might … feel like themselves,” she said. “In this particular case … all of the patients for OB-GYNs are women.”

“Leadership tends to be held by people who are older,” Savage said. “And we are still in a scenario where [more of] our older faculty tend to be men.”

A study published last fall found that women are underrepresented in leadership roles in medical school departments of obstetrics and gynecology throughout the country. That ratio was most lopsided in men’s favor in the South.

It’s perhaps only a matter of time before that, too, changes. Savage said she recently learned that her program’s incoming class of OB-GYN residents next year will be all female.

Male OB-GYNs Are Growing Rare. Is That A Problem?