The good news: Three-quarters of people who were eligible for the most generous financial subsidies on the federal health insurance exchange this year signed up for coverage, according to a new analysis by Avalere Health. The puzzler: Enrollment dropped off substantially for people with only slightly higher incomes who would also have qualified for significant subsidies.

Stiffer penalties for not having coverage and redoubled efforts to reach out and educate people about the health law and their obligations may be keys to increasing enrollment for people in these income groups, says Caroline Pearson, a senior vice president at Avalere Health. 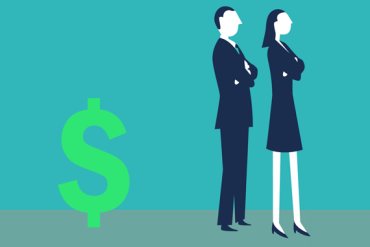 “The carrots as a standalone don’t work,” Pearson says, referring to subsidies that are available to make coverage more affordable for people with incomes between 100 and 400 percent of the federal poverty level. “You have to make people aware of the mandate, and as the mandate penalties increase that will strengthen the effect.”

Avalere based its analysis on the number of people who in 2013 would have been eligible to enroll on the federal marketplace that serves 37 states because they didn’t have group coverage or were uninsured and the number that bought a marketplace plan during the 2015 open enrollment period that ended in February.

Only 2 percent of eligible people whose incomes were 400 percent of the poverty level ($46,680) or higher enrolled on the exchange, the Avalere analysis found. Since they were ineligible for subsidies, those individuals had little motivation to buy a plan through the exchange and may have bought coverage outside it.

Many of those with more modest incomes could have received significant subsidies on the exchange, including premium tax credits and cost sharing subsidies to reduce out-of-pocket costs such as deductibles and copayments.

For people with incomes between 151 and 200 percent of poverty, and to a lesser extent those in the next higher income bracket, “the financial incentive is still quite high and the benefit is high,” says Pearson. “That’s where education seems important.”

Many People Entitled To Hefty Subsidies Still Opt Against Coverage