Consumers shopping in the new health insurance marketplaces will face a bewildering array of competing plans in some counties and sparse options in other places, with people in some areas of the country having to pay much more for the identical level of coverage than consumers elsewhere. 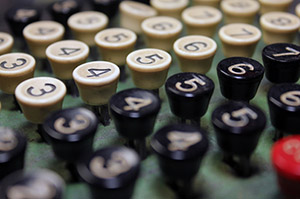 A Kaiser Health News analysis of the 1,923 plans being sold on federally run online marketplaces found wide variations of price and availability. For instance, Cigna is offering 50-year-olds one of its midlevel plans for $614 if they live in Flagstaff, Ariz. That same plan, contracting with different hospitals and doctors, will cost $428 in Phoenix and just $395 in Nashville.

These are plans being sold in the 34 states where the Department of Health and Human Services is running the marketplaces or working in partnership with the states. Most plans fall into two types: 806 are health maintenance organizations (HMO) plans, in which patients have to stay within the network of doctors and hospitals that have contracts with the insurer, while 714 plans are preferred-provider organizations, where the insurer has discounted rates with some doctors and hospitals and agrees to pay some portion of the cost if the patient goes to a provider that is out of that network.

All the plans take effect in January, although consumers can shop and sign up before then. They are designed for people who don’t get health coverage through their employer or through a government program, such as Medicare or Medicaid.

Policies are grouped into four tiers of coverage – platinum, gold, silver and bronze – to help buyers compare policies. Policies in tiers named for less valuable metals generally have lower premiums. But the trade-off is insurers pick up less of the costs of medical care than they do in the higher metal tiers. People earning below 400 percent of the federal poverty level (about $46,00 for an individual and $94,000 for a family of four) will get subsidies to help pay the cost of the insurance.

The KHN analysis of premium rate data released by federal officials focused on plans that are offered to consumers of any age and excluded 23 child-only plans and 186 catastrophic plans that pay for most expenses only after the beneficiary satisfies a large deductible.

Insurers offered 158 plans in eastern Florida’s Seminole County, the most available in any single county, and 50 or more plans in 217 other counties across the country. On the other end of the spectrum, shoppers in 161 counties will have 10 or fewer plans to choose from. In sparsely populated Florence County, on the northern border of Wisconsin, Molina Healthcare, an HMO that also runs Medicaid plans in a number of states, was the only insurer to offer coverage: two plans. One costs $1,064 a month for a family of 30-year-old parents and two children. The other plan would cost $944 a month for that family. (Families with more children or older parents will pay higher premiums.)

The large number of plans in some places masks the fact that there aren’t that many insurers actually competing. In Miami-Dade County in Florida there are nine insurers selling 137 plans; Florida Blue alone offers 52 of them. Few markets are as competitive as is Miami. Nationwide, 18 percent of counties have only one insurer offering plans and 33 percent of counties have only two insurers competing, the KHN analysis found.

Monthly premiums are just one factor consumers will take into consideration when comparing plans. The data released by the federal government did not detail other crucial components of these plans, including deductibles, co-payments and which doctors and hospitals are in their networks. Consumers will have to turn to the insurers to find some of that information.

The analysis found that the most expensive plan in a county tended to be about double the cheapest plan. In some places it was even more. Policies in Miami-Dade County ranged from a Florida Blue plan that costs 30-year-old parents and two children $1,419 a month and covers 90 percent of average health costs, to CoventryOne’s HMO plan that would cost that same family $550 a month and include a high deductible.

Plans for a 27-year-old in Dallas ranged from $153 to $387 a month. That most expensive plan, sold by Aetna, will help pay some bills if a patient goes out of network. That policy is in the gold category, where the insurer is required to pick up 80 percent of medical costs. The cheapest Dallas plan, sold by Blue Cross Blue Shield of Texas, is an HMO in the bronze category, where it must pay for only 60 percent of medical costs.

The data show that prices vary significantly among policies grouped together in the same coverage tier. In Cook County, Ill., insurers offered 21 plans at the silver level, where insurers pay about 70 percent of the costs. Aetna is selling the most expensive silver plan in Cook County for $1,108 a month for a family, while Blue Cross Blue Shield of Illinois is selling the cheapest silver plan for $582 a month.

The names insurers have given their plans hint how they hope to get an edge in these marketplaces. CoventryOne is selling “Bronze $10 Copay HMO.” Other plans include the annual deductible amount in their names to help differentiate them from each other.

Other insurers are seeking to tease the plan approach with less jargon-filled names. Molina Healthcare’s plans include “Be Protected,” “Be Prepared,” “Be Saavy,” “Be Aligned” and “Be Connected.” In Arizona, Meritus Mutual Health Partners is offering “Saver Choice Bronze” and “Lifestyle Choice Bronze” for the low-premium plans that require patients to pick up about 40 percent of the costs. Meritus’ most comprehensive plans are named “Smart Choice Gold” and “Clear Choice Gold.”

The premium data include some striking price outliers, especially in Virginia. There, the records say Optima Health’s silver-level premiums for a 27-year-old reach as high as an eye-popping $1,858 a month. Executives with the insurer, owned by hospital system Sentara, say those premiums are misleading because they include coverage for bariatric surgery, an expensive treatment for morbid obesity. Excluding those policies, the average Virginia silver plan was below the national rate.

“At the eleventh hour, the state allowed us to change that to a rider instead of a specific benefit,” said John DeGruttola, senior vice president of sales. Without the rider, the plan costs a 27-year-old $285 a month in those same counties.

Price Differences Across The Country

Raymond Smithberger, Cigna’s general manager for individual and family plans, said that medical costs can vary regionally because of differences in rates of disease, hospital charges and state-required benefits, among other factors.

“Similar to how the cost of living ranges in different parts of the U.S., so does the cost of health care,” he said.

Excluding the high-priced Virginia plans that covered bariatric surgery coverage, the average premium varied between parts of the country by as much as twofold. The average premium for a 27-year-old in Pierce County in western Wisconsin was $391; in Hidalgo County, Texas, it was $188.

The most expensive silver plan for a 27-year-old comes from Meritus in Arizona, a nonprofit co-op run by members. Its “Meritus Secure Silver PPO” runs $469 a month in some rural counties, according to the government data.

Jean Tkachyk, chief operations officer at Meritus, said the insurer has decided not to actively market those plans in those rural counties because “they would not be competitively priced.” In Phoenix and Tucson, Meritus was able to offer lower premiums because it was easier to get doctors and hospitals to join its network, she said. Meritus will be actively selling its plans there.

The lowest-priced silver plan in the country is in Pittsburgh, Pa., where a Highmark plan that excludes some area doctors and hospitals is being sold for $134 a month for a 27-year-old. Like many insurers, Highmark has created a smaller network to help hold down premiums. The $134 a month plan, for example, uses Highmark’s Community Blue Network, which has 8,000 doctors and 54 hospitals, compared with a broader network of 11,000 doctors and 63 hospitals that Highmark offers in more expensive plans.

Absent from the Blue network is the well-known University of Pittsburgh Medical Center, the main rival in the Pittsburgh region to Highmark’s own Allegheny Health Network. Highmark’s selective network “is generally more efficient, high quality and lower cost,” said spokeswoman Kristin Ash. A similar policy with the broader network including UPMC would cost $197 a month, she said.

Marketplace Plans Vary Widely In Costs, Within Counties And Across The Country