So far, the open enrollment period on the federal and state marketplaces—which started Nov. 15 and continues until Feb. 15 for 2015 coverage—is proceeding much more smoothly than last year. But people remain confused about plans, premiums and provider networks. Here are answers to several readers’ questions.

Q. I understand the federal marketplace will renew my coverage automatically this year. That seems really simple. Is there any reason I shouldn’t do it?

A. There’s every reason not to auto-renew, particularly if you’re one of the many people who receive premium tax credits, experts say.

If you do nothing, you’ll generally be automatically re-enrolled in your current 2014 plan and receive the same premium tax credit amount that you qualified for in 2014. That’s probably not in your best interest. 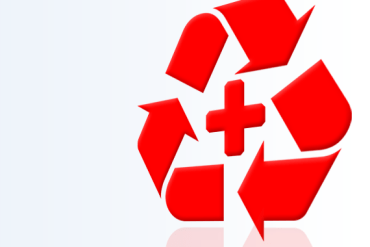 For one thing, the number of plans is increasing about 25 percent, so you may find a better plan at a better price. Although premium increases are modest overall, some plans are raising or lowering their rates significantly next year, and yours may be one of them.

In addition, the plan that was the best option for you last year may have changed for 2015. Even though the insurer will re-enroll you in a plan it considers most similar to your 2014 plan, crucial details related to covered benefits, drug formularies, cost sharing and provider networks could be different, says Timothy Jost, a law professor at Washington and Lee University who is an expert on the health law.

If you’re one of the roughly 85 percent of people on a marketplace plan who receives tax credits to help make premiums more affordable, you could face a big premium hike if you don’t re-evaluate your options and choose a low-cost plan.

Premium tax credits, which are available to people with incomes between 100 and 400 percent of the federal poverty level (currently $11,670 to $46,680 for an individual) are based on the second-lowest-cost silver plan in your area. In 2015, that benchmark plan may have changed. If that’s the case, even if your current plan’s premium doesn’t increase, you may owe more if you don’t switch plans because you’ll be on the hook for the premium difference between the new, lower benchmark plan and your existing plan.

Q. I called my doctor’s office to find out if they accept any of the marketplace plans I’m considering, and they said they don’t accept any Obamacare plans. Can that be true?

A. It’s possible, say experts, but you need to check further before you take no for an answer.

The pertinent question is whether your doctor has a contract with the insurer in question to participate in a particular plan. If she does, “there shouldn’t be a difference whether that person buys the plan in the marketplace or not,” says Sarah Lueck, a senior policy analyst at the Center on Budget and Policy Priorities. From the insurer’s perspective, it’s the same plan, no matter where it’s offered.

In some cases, doctors sign contracts with insurers containing “all-product” clauses that obligate them to participate in any network the insurer chooses to have them in, says Sabrina Corlette, project director at Georgetown University’s Center on Health Insurance Reforms. Doctors may not realize they signed a contract with an all-product clause, leading them to provide inaccurate information. This can be frustrating for both doctor and patient.

To get the correct answer from your doctor’s office, you need to know the name of the insurer and the exact name of the plan you’re considering, says Jennifer Tolbert, director of state health reform at the Kaiser Family Foundation. (KHN is an editorially independent program of the foundation.) It’s a good idea to check with the insurer as well to see if your doctor’s name appears on their list of participating physicians for a particular plan.

Q. My doctor is in network, but the hospital he has admitting privileges at isn’t. What happens if I need to go to the hospital?

A. Some policy experts say this situation appears to be occurring more frequently as insurers in some cases exclude higher-cost hospitals, such as academic medical centers, from exchange plans with narrow networks.

If you have to be hospitalized next year and want to stay in-network, you may have to make a choice between your doctor and a hospital.

“Because the hospital expenses are going to be so high, you’re probably going to want to go to the hospital that’s in-network and just use a physician that has admitting privileges there,” says Tolbert.

Of course, you could choose to go to an out-of-network hospital, but that could leave you on the hook for the entire bill, depending on your plan.