Updated at 5:40 p.m. to add comment from insurers Aetna and UnitedHealthcare.

In the latest preview of prices for health coverage under the Affordable Care Act, Maryland’s dominant insurer says proposed premiums for new policies for individuals will rise by 25 percent on average next year.

That’s lower than what some had predicted. Just three weeks ago, the insurer, CareFirst BlueCross BlueShield, had been looking at a proposed 50 percent increase. But the company revised that initial estimate, citing worries about affordability for consumers.

“Not only were we concerned about a potential hit to subscribers, but we were also concerned about price levels that were unattractive” to young customers seen as an important stabilizing force for the market, CareFirst CEO Chet Burrell said in an interview Wednesday. 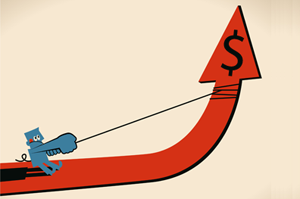 Late Tuesday Maryland regulators posted proposed rates and benefits for health plans to be sold through an online exchange,  a step required under the health act, known as the Maryland Health Connection.

Maryland is an important state to watch because it has embraced Obamacare’s insurance reforms, setting up its own marketplace. But there have been serious concerns that the insurance offered there — and on every other exchange across the country — might be too expensive for people to buy.

While most Marylanders younger than 65 have health plans through employers, the exchange’s plans for individuals and small employers are expected to play a key role in bringing coverage to the state’s 700,000 uninsured. That’s about 12 percent of the state’s population.

Many have warned that guaranteeing coverage at regulated prices for sick people would drive up the cost of insurance in the individual market. The ACA prohibits charging sicker members substantially more but allows plans to adjust premiums for age and other factors, within strict limits.

Taking those factors into account, CareFirst premiums for individual plans could rise as high as 150 percent next year for healthy young men and decrease slightly for someone older and sicker, Burrell said.

One current popular CareFirst plan with a $2,700 deductible costs “less than $115 per month” for men under 30, said Mark Hammett, a broker at Kelly & Associates Insurance Group in Hunt Valley, Md.

Consumer advocates were reluctant to draw conclusions from the raw rate filings for the exchange, which make it difficult to quote proposed prices for specific individuals. And they cautioned that filings by CareFirst and other carriers are only preliminary.

“Now the regulators take a look and say, ‘How do you justify these increases?’” said Kathleen Stoll, director of health policy for the pro-ACA consumer group Families USA. “That often results in a reduction to the proposed charges.”

Although prices may rise for some, benefits may be better and many will receive federal subsidies to pay the premiums, she said. Families USA estimates that some 361,000 Marylanders will be eligible for tax credits to pay insurance costs.

“Some people may actually spend much less out of pocket… and end up with a much better product and a much better situation to protect their family from financial devastation from illness,” she said.

That distinction may be initially lost on those focusing only on the premiums, however.

“To the average consumer who has insurance now, the rates will feel every bit like a rate increase,” said Joseph Antos, a health economist at the right-leaning American Enterprise Institute.

CareFirst owns about 70 percent of Maryland’s individual insurance market, with about 120,000 members. Even most of them — 60 percent — won’t see the kind of increases CareFirst proposes because they’re in older, “grandfathered” plans that don’t have to comply with some requirements of the health law yet, Burrell said.

CareFirst and other carriers also filed plans for small employers, but because Maryland had already implemented small-group reforms similar to those that are included in the ACA, those prices weren’t expected to change much. For years Maryland has prohibited insurers from charging substantially more to small employers with sicker and older workforces.

Premiums for CareFirst’s small employer plans to be offered on the exchange next year are proposed to rise about 15 percent, Burrell said, mainly because of the rising cost of health care.

Burrell dismissed a reporter’s suggestion that Democratic Gov. Martin O’Malley, who has much riding on the success of the ACA in Maryland, might have pressured CareFirst to lower its initial filing premiums.

“Nobody asked,” he said. “We did it of our own volition.”

Besides CareFirst, Kaiser Permanente, Aetna, UnitedHealthcare, Coventry Health and Evergreen Health Cooperative all filed to offer about 50 individual or small group plans on the exchange.

An Aetna spokesman said proposed premiums for Maryland small group plans would rise between 12 and 16 percent next year. United proposed average small group increases of from 15 to 28 percent, but premium changes could vary widely depending on the plan, said company spokesman Matt Stearns.

“We currently offer individual coverage in Maryland, and we expect to do so next year,” United’s Stearns said.

The O’Malley administration also stressed that the filings are not the final word on insurance prices under the health law.

“It is premature to reach any judgment or conclusion based on the rates as proposed,” said Carolyn Quattrocki, director of the Governor’s Office of Health Care Reform. “In the meantime, we are pleased that the filings confirm there will be robust participation in the Maryland Health Connection.”