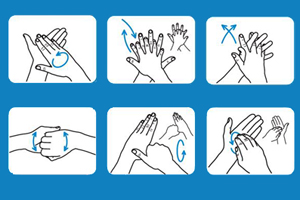 One of every five Maryland hospitals failed to meet targets set for them by the state for rates of infections, pneumonia and other complications last year and most of those medical centers will suffer financial penalties as a result, regulators say.

Nine hospitals in the state will face a combined $2.1 million cut in their allowed rate increases for the coming fiscal year. Maryland, alone among the states, regulates what hospitals can charge.

Twenty-three hospitals had better-than-average complication rates and will see small bonuses as a result. Scores for all 45 hospitals being tracked are posted online.

The results come from a Maryland program begun in 2009. It is one of the broadest efforts nationally to tie financial incentives to how well hospitals perform in reducing dangerous and costly preventable complications, which researchers say add billions to the nation’s health care tab. In Maryland, the number of reported complications in 2010 potentially added $521 million in health care costs.

The two-year-old Maryland Hospital Acquired Conditions Initiative goes further than most, including those already underway in Medicare and new programs slated to begin next year under the health care overhaul law. The Maryland program, for example, considers 49 different potentially preventable complications, while existing Medicare programs target 10.

“We’re trying to move the bar up,” says Robert Murray, head of Maryland’s Health Services Cost Review Commission, which oversees the program. He says a narrower list “would provide less of an incentive” for hospitals to invest in improvements.

Still, the program remains controversial: The head of the Maryland Hospital Association says the complication list is too broad and that part of a reported drop last year in the overall rate of complications may simply have been hospitals doing better record-keeping. One leading patient safety expert says the Maryland program  and other national efforts  are moving forward despite insufficient evidence to truly measure and verify the types of preventable complications that should be targeted.

“There is so much pressure to drive down cost and improve quality that politics have gotten ahead of the science,” says Dr. Peter Pronovost, a professor at Johns Hopkins University School of Medicine and winner of a MacArthur Foundation “genius grant” for his work on improving hospital safety, often through the use of simple checklists. “There’s a gap between regulators, who say the measures are good enough and clinicians, who say they’re not.”

At its launch in 2009, doctors and hospitals raised concerns that the program might lead hospitals to try to avoid patients more likely to suffer complications  or refrain from testing for certain complications because the hospital’s ratings could suffer if too many were found. 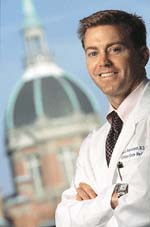 “There is so much pressure to drive down cost and improve quality that politics have gotten ahead of the science,” says Dr. Peter Pronovost. (Photo from Johns Hopkins Medicine)

At the time, the federal Medicare program for seniors and the disabled was already requiring hospitals to report on a set of 10 preventable complications  including falls, bed sores, certain infections and surgical materials left inside patients. Under the Deficit Reduction Act of 2005, hospitals are not reimbursed for costs associated with treating those complications, beginning in 2008.

The new health law sets up an additional program in Medicare, which will financially penalize hospitals that fail to meet performance standards on a wide variety of quality of care and patient satisfaction measures, starting in fiscal 2013.

In Maryland, regulators initially sought to track 64 potentially preventable conditions. After sharp objections to many of the categories from doctors and hospitals, regulators dropped 15 conditions, including a number related to childbirth.

At present, hospitals are tracked on how many patients develop any of four dozen problems or conditions that are unlikely to be related to their original admission. Those conditions include heart arrhythmias, bed sores, infections, accidental punctures or cuts during medical procedures, strokes, falls and kidney failure.

“We still think the list is too long,” says Carmela Coyle, president and CEO of the Maryland Hospital Association. A hospital can only run so many improvement initiatives at one time and do that well, she says, suggesting the state would do better to focus on a smaller number of conditions where there is clear evidence that they are preventable and guidance exists on how to do so.

“Posting this data and showing (hospital) performance can result in some change,” Coyle says. “But what you really want to get at is how do you prevent infections, what interventions do you need” to avoid these complications?

The nine hospitals with higher rates include several in the Washington suburbs: Prince George’s Hospital Center, Shady Grove Adventist, Montgomery General, Doctors Community and Washington Adventist. The others are University of Maryland in Baltimore, St. Joseph’s in Towson, Civista Medical Center in La Plata and Memorial Hospital in Cumberland, which merged with the Western Maryland Health System in late 2009.

Because penalties are based on total cost of complications in addition to the rates, St. Joseph’s will not be penalized for its score, while two average scoring hospitals  Laurel Regional and Union Hospital in Cecil County  will be penalized, because they had more of a problem with higher cost complications.

State regulators determine what is an expected number of complications each hospital should see, based on a statewide average. Then they calculate whether each hospital’s actual rate is above or below that. The predicted rates are adjusted to reflect each hospital’s mix of patients so that hospitals that see sicker-than-average patients are not unfairly penalized. Trauma and cancer cases are excluded from the program.

While more than 49,000 cases of potentially preventable complications were reported last year, the rate was 12 percent below 2009, saving an estimated $62 million, Murray says. Still, both Murray and Coyle acknowledge that some of the drop could be attributed to hospitals doing a better job of recording when patients enter the hospital with the conditions being tracked.

The state data shows the lowest scoring hospital as Prince George’s in Cheverly, with four of every 1,000 patients having a reported complication. The hospital will see its rate increase lowered by $890,000 for next year as a result.

John O’Brien, the president of Prince George’s, says the problem mainly lies in how the hospital tracks, codes and reports data, not in patient care. The hospital is adjusting its tracking system. Reviews of patient charts, he says, show “there is a vastly lower rate of complication than what we report” and that there is “no reason for people to be concerned about the quality of care they receive in this hospital.”

While he applauds the program, Anthony Slonim, chief medical officer at Shady Grove, says hospitals are not waiting for the data from the state, but are moving forward “on a variety of things to improve quality of care every day.”

The Maryland program is complex, he says, and complication rates can change from year to year, “whether or not you are improving care.” But, he points out, his hospital focused on keeping patients on ventilators from developing pneumonia — and had no cases in the past year as a result.

At the University of Maryland hospital system, spokeswoman Mary Lynn Carver says the complexity of the patients they see can “make it very difficult to determine what is an expected level of complication.” The hospital has a program to reduce infections among patients who have a catheter inserted in a vein to help deliver medications, she says, which resulted in a sharp drop in such infections from July to September last year.

While Pronovost says he doesn’t think the data tells consumers “much of anything,” Murray and others say it could be a useful tool for consumers to consider when selecting a hospital.

“It could be indicative of the issues consumers might encounter when hospitalized in a particular facility, particularly when looking at infection rates,” Murray says.