Maryland hospitals and regulators are discussing raising hospital prices for private insurers and businesses by hundreds of millions of dollars a year to make up for suggested cuts from Medicare and Medicaid.

Once phased in, the plan would raise charges for commercial insurers and their customers by about $350 million a year and increase their price for a typical hospital admission by $900 — in addition to underlying health-care inflation.

Negotiations are expected to take several more weeks. Maryland officials, including Health Secretary Joshua Sharfstein, are talking about submitting a plan to the Department of Health and Human Services by mid-September.

The HHS would have to sign off on the plan along with Maryland rate regulators.

“If you look at the rest of the U.S. today, Medicare and Medicaid as federal payers are paying a lower share of cost than they do in Maryland, and the private sector is paying a higher share of cost in the rest of the world than they do in Maryland,” said Carmela Coyle, chief executive of the Maryland Hospital Association. “We think it’s time to rebalance.” 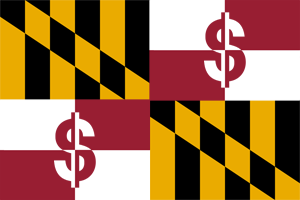 Critics call the proposal a tax on business that could jeopardize access to coverage and let Johns Hopkins Medicine and other hospitals avoid the kind of cost cutting that sector faces in other states.

“It brings Medicare costs down, so it gives something” to federal officials seeking price relief, said Barry Rosen, a Baltimore lawyer who works for insurers. “It sure raises the price of care to people in Maryland.”

The debate focuses on Maryland’s unique, decades-old system of setting all hospital rates for all payers.

The federal government lets the state control Medicare prices only as long as the program’s cost per admission rises no faster in Maryland than in the rest of the nation.

Now that the limit is close to being reached, Maryland policymakers are talking to the HHS and hospital and insurance industry leaders about sharply cutting rates for Medicare as well as those for Medicaid, which has been straining the state’s budget.

But instead of making hospitals absorb the reductions, those officials are talking about forcing commercial insurers, self-insured businesses and privately insured patients to make up the difference.

The change could come as early as next year. Even if the hospital association doesn’t get everything it wants, charging private payers more would shift the burden of expense that has held constant in Maryland since the 1970s.

“The question is: Is it equitable to push more cost onto the private sector?” said Jack Keane, a consultant for CareFirst BlueCross BlueShield, Maryland’s largest health insurer, who sits on Maryland’s hospital rate-setting body. “And to what extent can the insurance market in Maryland, by which I mean the people who live in Maryland, afford it when they are already losing coverage at a rapid rate?

About 35 percent of Maryland small businesses with fewer than 50 employees offer health plans these days, down from more than 40 percent a few years ago, said Ben Steffen, acting executive director of the Maryland Health Care Commission. Companies that small won’t be required to provide plans under the Affordable Care Act.

Maryland hospitals recorded $855 million in profits in fiscal 2011, the most recent year that results are available, a 6 percent return, according to the cost commission

All hospitals in Maryland are nonprofit entities.

While the overall cost per hospital case is slightly lower in Maryland than in the rest of the nation, Medicare pays a fifth more per case in the state than it does elsewhere, according to the HHS.

The system’s defenders say that’s because Maryland’s cost allocation avoids the disproportionate burden on the private sector seen in other states and more accurately reflects expenses for treating Medicare patients.

The debate is part of a larger discussion about saving Maryland’s oft-praised price-setting regime while maintaining the state’s leadership in developing an insurance exchange and other components of the health act. One idea is to have HHS judge Maryland according to the total cost of care for Medicare and not just inpatient cases, according to a presentation given by a top HHS official to the hospital association earlier this summer, according to people who were there. That raises the possibility of cost controls (although not necessarily rate setting) on physicians.

Sharfstein and John Colmers, vice president for strategic planning at Hopkins who is also chairman of the Health Services Cost Review Commission, the hospital rate panel appointed by Gov. Martin O’Malley (D), declined to comment on discussions to raise private-sector hospital prices or on other specifics of negotiations to preserve Maryland’s waiver. CareFirst and HHS officials also declined to discuss the talks.

Adding to the tension is what many see as the need to sew up a plan before November’s election.

“I’m not going to talk at this point about things that haven’t been settled internally,” Colmers said. “I think there is a way to get to ‘yes’ for everybody here.”

Hospitals argue that absorbing deep Medicare and Medicaid cuts without offsetting revenue from private payers would jeopardize their financial health and hinder them from implementing the overhauls mandated in the 2010 health law.

“We can’t spend the next several months inventing a new waiver system only to fail in the next year or two, and we will fail unless we can find room in the system,” Coyle said. “We can’t ask hospitals to take on a greater burden, a larger bundle of services that they’re going to be responsible for [under health-care changes] and then pay them no money.”

Joseph Antos, an economist at the American Enterprise Institute who is stepping down as a Maryland rate-setting commissioner, predicts that hospitals won’t get everything they want.

“The tradition in Maryland in my years is that you’ve got to work it out so that both sides take some of the hit,” he said. “The hospitals wouldn’t get away free from having to contribute something.”