Maryland officials have reached what analysts say is an unprecedented deal to limit medical spending and abandon decades of expensively paying hospitals for each extra procedure they perform.

If the plan works, Maryland hospitals will be financially rewarded for keeping people out of the hospital — a once unimaginable arrangement. 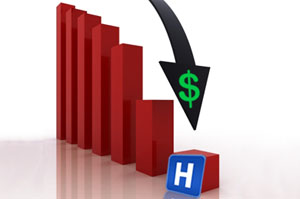 “This is without any question the boldest proposal in the United States in the last half century to grab the problem of cost growth by the horns,” said Uwe Reinhardt, a health care economist at Princeton University.

After months of negotiations with state and the federal officials, the hospitals also agreed that their revenue from all sources — private insurance, government and employers — will rise no faster than growth in the overall state economy.

Maryland regulators with the power to cap spending will enforce the agreement, which analysts say could serve as a model for other states and eventually the nation.

Gov. Martin O’Malley, a Democrat, is scheduled to announce the plan on Friday.

As a portion of its economy the United States pays nearly twice as much for health care as other developed countries, a level that applies to Maryland as well. Hospital spending in Maryland grew twice as fast as the state’s overall economy in the last decade, as hospitals added 18,000 jobs.

Starting this year, hospitals have agreed that their average spending per Maryland resident will grow by no more than half that rate.  Specifically, statewide hospital revenue for inpatient as well as outpatient care will rise no more than 3.58 percent annually — the state’s rate of per-capita economic growth since 2002.

That pressures hospitals that had already been announcing layoffs to become more efficient.

“We’ve all been cutting staff, looking at our expenses aggressively over the last couple of years,” said Scott Furniss, chief financial officer for St. Agnes Hospital in Baltimore. “But we’ve done most of what we can do easily now.”

Carmela Coyle, CEO of the Maryland Hospital Association, called the plan “historic” and “a challenge,” adding: “We needed to move away from a fee-for-service-driven health care system, where the incentive was to do more to be paid more, and instead move to a system where the incentives are aligned to what we all feel needs to be done.”

The agreement had to be blessed by the U.S. Department of Health and Human Services, which runs the Medicare program offering coverage to seniors and helps fund Medicaid care for the poor.

In a unique arrangement dating to the 1970s, HHS lets Maryland set prices paid to hospitals by Medicare and Medicaid — as well as by everybody else. While many argue the scheme has saved money, Medicare still pays Maryland hospitals substantially more than what it pays hospitals elsewhere.

To get HHS’approval, officials promised to increase Medicare spending more slowly in Maryland than in the rest of the country over the next five years, generating $330 million in federal savings.

Hospitals also agreed to sharply cut infections acquired inside the hospital and expensive readmissions of patients discharged up to a month earlier.

The plan “will contain costs for Medicare and Maryland families, reduce readmissions faster than the rest of the country and see a dramatic decline in hospital acquired conditions,” said Dr. Joshua Sharfstein, Maryland’s health secretary.

Key to hitting all the goals is shifting hospitals from being paid per test or treatment — known as fee for service — to giving them fixed amounts of money to care for everybody in their communities.

Making hospitals accountable for patients’ health before they show up in the emergency room is intended to strengthen ties with community caregivers and deliver treatment more efficiently.

“We need to think about patients before they come to us and after they leave us,” said Tori Bayless, CEO of Anne Arundel Medical Center. “We have been preparing for this… but it’s not going to be easy.”

While hospitals may struggle to change, the deal also “gives them the flexibility to meet the needs of the population,” said Robert Murray, who for many years supervised the staff of Maryland’s medical rate-setting board. “They can do anything. They can go out to people’s homes” if that might prevent expensive inpatient treatments.

The fact that doctors and other community caregivers aren’t part of the agreement, however, could hinder coordination, said Joseph Antos, a health economist at the American Enterprise Institute.

“This has some policy objectives, some measurable financial goals, that I think are very difficult to meet,” Antos said. “It doesn’t necessarily give the hospitals enough tools or the will to make all this work out.”

And while it doesn’t cover doctor fees, under the agreement Maryland must present a plan by 2017 to limit the per-capita cost of all Medicare expenses, including those paid to physicians.

Maryland policymakers had been in talks with HHS for more than a year. Officials in Annapolis and Washington were interested in launching experiments that go far beyond the cost-control measures in the Affordable Care Act.

But as recently as last summer they were privately pessimistic that the hospitals would sign on.

Hospitals may have eventually concluded that the Maryland plan offers more stability than possible alternatives.

Elsewhere, insurers and employers are starting to pit hospitals against each other, presenting the risk of “a fierce price war like the airlines,” Reinhardt said. “You could tell the hospitals in Maryland, ‘Don’t bellyache. You’re no worse off than everyone else out there.’”