Citing what they called flawed data and unreasonable assumptions, Maryland insurance regulators on Friday sharply reduced prices for health plans that will be sold to individuals and families through the state’s insurance marketplace starting Oct. 1. 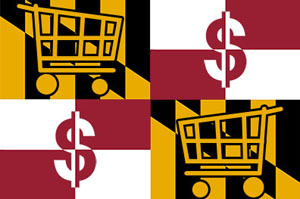 In some cases, the final premiums were cut by a third for the Maryland Health Connection exchange, pleasing advocates of affordable coverage but prompting others to question whether such low prices can be sustained.

Regulators reduced prices for all nine carriers filing to sell policies in the marketplace.

While Oregon, Rhode Island and other states have also lowered insurers’ proposed prices for new insurance policies, Maryland’s move is one of the most aggressive, analysts said.

“Maryland appears to be among the lowest” for prices disclosed so far for exchanges created by the Affordable Care Act, said Gary Claxton, a vice president at the Kaiser Family Foundation. “It looks like the [insurance] department was pretty successful in getting insurers to accept less than they wanted — pretty sizable reductions.” (Kaiser Health News is an editorially independent program of the foundation.)

Under the revised prices, monthly premiums for a 25-year-old nonsmoker buying a lower-benefit “bronze plan” in the Baltimore area will range from $131 to $237. For a 50-year-old Baltimore nonsmoker buying a higher-benefit silver plan, prices go from $267 to $470 per month. Families with incomes below about $94,000 and individuals with incomes below about $46,000 are eligible for tax credits to help pay for the coverage.

The Obama administration was quick to draw attention to the final numbers.

“The news out of Maryland is yet another example of how the reforms in the Affordable Care Act are providing families with affordable and new choices,” said Joanne Peters, spokeswoman for the Department of Health and Human Services.

CareFirst BlueCross BlueShield sells the most Maryland plans directly to individuals and families of any carrier. In April, the company filed exchange plan premium requests it said were 25 percent higher than similar plans sold now. Even at those prices, “we’re expecting to lose money,” partly because of an expected influx of consumers with chronic medical problems into the plans, CareFirst CEO Chet Burrell said at the time.

After the changes disclosed Friday by the Maryland Insurance Administration, CareFirst’s rate increase will be in the 15 percent range.

An initial review of the filings “shows that CareFirst’s offerings are competitively priced and often among the most affordable options available,” CareFirst said in a prepared statement. “Rate adjustments imposed by the MIA were modest, and we look forward to the launch of the exchange this fall.”

For Aetna, which also filed to sell plans through the Maryland exchange, regulators cut the average requested price by 29 percent. Aetna disagreed with about 20 percentage points of that reduction, and the company “declined to amend its rate filing to reflect these further modifications,” the insurance administration said.

It was not clear whether the company would go ahead with plans to participate in the marketplace.“We are reviewing the commissioner’s recommendations and determining the proper response to these changes,” said an Aetna spokesman.

“It’s astonishing,” Antos said. “If they sell insurance on the exchange, they will have to take an additional 20 percent reduction that their actuaries do not think is justified…. Any insurance company can certainly take low rates [and lose money] for a year, maybe two. But eventually they’re going to have to make up for it — pull out or raise your rates.”

“This is really good news for Maryland consumers,” said Vincent DeMarco, president of the Maryland Citizens’ Health Initiative, an advocacy group. Maryland Insurance Commissioner Therese Goldsmith, he said, “did a really good job of reducing what the insurers asked for.”