Seeking to slash the red tape that keeps ex-prisoners with mental illness, drug addiction and other ailments from getting health coverage, Maryland is proposing to give thousands of newly released inmates temporary Medicaid membership with few questions asked.

The measure, described as the first of its kind in the nation, would help close a gap occurring when sick inmates leave jail or prison care but have trouble getting coverage and treatment after they get out, sometimes for months, advocates say.

Maryland expanded Medicaid under the Affordable Care Act, making nearly all ex-prisoners eligible for the state and federal health insurance program for low-income people. But enrollment bottlenecks have kept Maryland and other states from signing up more than a fraction of the people leaving incarceration.

The state wants the federal government to approve a stripped-down sign-up process that would give two months of Medicaid membership to released inmates who declare basic information such as residency and citizenship status. After that they would have to fully enroll, proving identification and income eligibility.

The idea, made in a draft application to the federal Department of Health and Human Services on Friday, is to reduce recidivism and expensive emergency room visits by linking ex-prisoners to mental health treatment and other community care. Details would be worked out through a process of public comments and negotiations with HHS. Maryland Gov. Larry Hogan, a Republican, supports the proposal’s “overall direction,” a spokesman said. 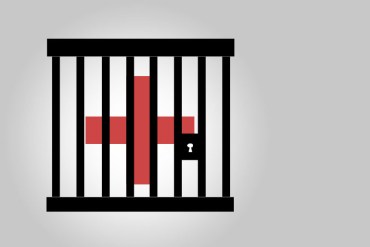 “We want to try to eliminate as many barriers as we can” to chronically ill released prisoners seeking care, said Shannon McMahon, deputy secretary for the Department of Health and Mental Hygiene. An estimated 133,000 Marylanders were eligible for Medicaid late last year but still uninsured. Many are ex-inmates, say advocates. The state expanded Medicaid in 2014 to include previously excluded, low-income adults.

Inmates have high rates of mental illness, drug addiction, and HIV and hepatitis C infections. They generally aren’t eligible for Medicaid while locked up, but advocates see jails and prisons as the perfect place to enroll them upon release.

Maryland and other states, however, have struggled to enroll them, pointing to high jail turnover, a shortage of personnel and competing tasks such as providing emerging prisoners with transportation and shelter.

“I have a heck of a time getting them to enroll, and when I don’t get them to enroll, I can’t provide continuity of care,” said Steven Rosenberg, president of Community Oriented Correctional Health Services, a California-based nonprofit that works with ex-inmates. “Why I’m excited about [Maryland’s proposal] is that the more other states understand that this is possible and that this makes sense, the more willing they will be to join the club.”

The measure would become effective next year if approved by HHS.

More than 6,000 people leave Maryland prisons each year. Thousands more cycle in and out of jails, which typically hold people who haven’t been convicted.

But the Department of Public Safety and Correctional Services has enrolled fewer than 10 percent of released inmates in Medicaid since the expansion began, The Baltimore Sun and Kaiser Health News reported in April.

Last month, a fifth of Medicaid applicants at Health Care for the Homeless, many just out of prison or jail, couldn’t be processed because of problems with identification, said Barbara DiPietro, senior director of policy for the Baltimore clinic. Often people leaving incarceration “have only a prison ID, and that prison ID does not count, ironically, as a state-issued identification card” for getting Medicaid, she said.

Enrolling ex-inmates temporarily under what’s known as presumed eligibility, she said, will ensure immediate care. The state gave no cost estimate for the measure. Expanding coverage to ex-inmates could save money by reducing expensive crisis-based health care, advocates said.

The application could face criticism from congressional Republicans concerned that unqualified patients could get coverage.

“Getting former prisoners re-assimilated into society is well-intentioned,” said Joe Pitts, a Pennsylvania Republican who is chairman of a House health subcommittee with HHS oversight. However, he said, “Presuming eligibility on the part of all former Maryland prisoners…may not be the wisest use of taxpayer dollars.”

Federal approval for the proposal “would be huge, to minimize the red tape that is involved to help people get medical assistance,” said Rosalyn Stewart, an associate professor at the Johns Hopkins University medical school who frequently works with ex-inmates.

“What can happen if you don’t have coverage is, there’s a delay in care that can be up to 60 days,” she said.