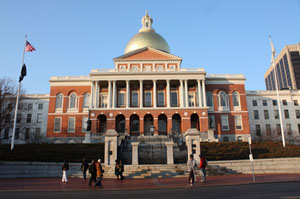 “It has been an abject failure,” candidate Rick Santorum told the audience during a presidential primary debate in January, directing his comments toward former Massachusetts Gov. Mitt Romney. “He’s stood by the fact that it’s $8 billion more expensive than the current law.”

That’s just one of the myths the Massachusetts Taxpayers Foundation (MTF) hopes to debunk with a report out Friday. The facts will help. Michael Widmer, president of the MTF, says the state has spent just $91 million more a year since 2006 to cover the uninsured, than it was spending before the law passed. The sum amounts to 1.4 percent of the state budget.

“That’s a very tiny additional cost to taxpayers for huge benefits,” argued Widmer, whose organization is a fiscally conservative research group with strong ties to the business community. “No way can one say that this has been anything close to a budget buster. The facts put a lie to this myth.”

Massachusetts was already spending roughly $1 billion per year on care for uninsured residents who received free care at hospitals and clinics. Much of that money, plus the additional $91 million per year, now funds free and subsidized health coverage for low- and moderate-income residents. Before the law passed, Widmer estimated that expanding coverage would cost the state $100 million more a year, “and we were pretty much right,” he notes

So does Widmer think his facts will stop critics, most of whom he says are outside the state?

“No, I’ve been around too long to think it will actually bust the myth,” Widmer said, “but I hope it will help.”

The report has its detractors, though. Dr. David Himmelstein, co-founder of Physicians for a National Health Program, says the report ignores costs borne by the Federal government and by middle-income families who are paying more for skimpier policies now.

“In contrast, virtually every estimate indicates that a single payer reform could save billions on health insurance bureaucracy and paperwork, slow cost increases, and upgrade coverage by eliminating virtually all copayments and deductibles,” Himmelstein writes in an email.

But health economist Jon Gruber says the report should prove that the Massachusetts model is both efficient and effective.

“If you believe the government has a role in helping improve the health of our society, then this is a really small amount of money to pay to do it,” Gruber said. “And in fact there is no cheaper way to do it.”

“I don’t think we learn that from this report,” countered Douglas Holtz-Eakin, president of the American Action Forum and an adviser to Republican leaders as they craft alternatives to President Barack Obama’s health care law, in the event that the U.S. Supreme Court declares all or part of it unconstitutional.

Holtz-Eakin says proving that something works in Massachusetts doesn’t mean much for the rest of the country.

“Massachusetts was already a very high-cost state,” Holtz-Eakin said. “Massachusetts had already covered most of its citizens and has a small number of hospitals and providers it needs to control. So we can’t really just extrapolate from Massachusetts to find out what happens in the U.S.”

The real challenge, says Holtz-Eakin, is figuring out how to deal with health care costs, which are busting local, state and federal governments. Gov. Deval Patrick agrees that controlling costs must be the next chapter in health care reform.

“I’m proud of the fact that we have moved on to that second chapter now,” Patrick said. “That’s the reason premium increases have slowed from about 16 percent two years ago to less than 2 percent, and we want to keep that going and we want to sustain it.”

The governor filed his prescription for controlling health care costs more than a year ago. House and Senate lawmakers are promising their versions will be out soon, but time is running short for such a major bill. This year the state legislature stops meeting in formal sessions at the end of July.