Massachusetts is negotiating an end to its contract with CGI, the Canadian vendor that built the state’s flawed health insurance website while scrambling to fix it. 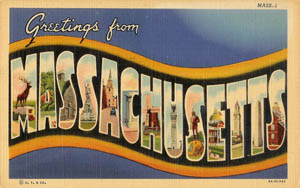 The site was supposed to be up last October, offering one-stop health insurance shopping for anyone in Massachusetts. But six months later, only a few functions work but have glitches, and a few are not usable at all.

Sarah Iselin, a special assistant to Gov. Deval Patrick hired to oversee the fixing of the website, has been working with a team of outside contractors from the health technology company Optum to determine if the CGI project can be fixed.

“That assessment made clear that based on past performance and our current needs, parting ways with CGI is the right course for the commonwealth moving forward,” Iselin said Monday.

In a statement, CGI said it will “work with the Commonwealth to ensure a smooth transition to the next phase of exchange deployment, allowing for the best use of system capabilities already in place.”

Iselin and her team told the Health Connector board they are reviewing two possible remedies: hiring a new vendor to build on working parts of the current site or buying website elements from other insurance exchange sites. (The Massachusetts Health Connector, which started years ago, is the state’s equivalent of an exchange.)

Iselin cautions that buying elements will be difficult because Massachusetts has many unique insurance rules, including 263 different factors that determine who is eligible for what type of coverage.

So buying existing elements “sounds easier than it is,” Iselin said. “Our assessment will be stacking up, using lots of criteria including: Can it get us to where we need to be in the fall? What will it cost? What are the risks? We’ll be lining those up against each other.”

Word that the state is negotiating a way out of its contract with CGI drew the same reaction, again and again.

“It absolutely should have been done earlier,” said Erika Baehr, a self-employed consultant who lives in Waltham. Baehr gave up on the website after spending 20 or 30 hours trying to buy health insurance in December. Last week, with the federal deadline for coverage (March 31) approaching, she dialed the Massachusetts Health Connector’s phone number. (The March 31 deadline does not apply to people seeking subsidized coverage in Massachusetts.)

“It was like night and day at the call center,” Baehr said. “Instead of being put on hold for hours with a repetitive message, someone picked up immediately. So as far as I know I think I almost have health insurance.”

Iselin says the Connector has reduced wait times at its call center from 16 minutes to two minutes, and the backlog of paper applications has dropped from 54,000 to 21,00.

But the state is still scrambling to make sure everyone who applies for insurance is covered while it fixes the website. The Connector keeps adding people to a temporary coverage plan that now has 84,000 members. It just negotiated another extension through June 30 for 103,801 men and women who were enrolled in subsidized coverage last year.

The Connector has not been able to move these residents into more permanent plans because the website tool that would determine if they are eligible for free or subsidized coverage under the federal health law doesn’t work.

Many people are still asking why the state had to build a new website anyway, since they already had the Connector. It comes down to this: the federal Affordable Care Act (ACA) changed some of the rules for free and subsidized coverage so the Connector built a new site to comply with the new rules.

Jeff Freedner tried to make the transition from his old Commonwealth Care plan to a new ACA compliant Connector Care plan back in October.

“I never heard anything about my application going through, I mean as far as I know it hasn’t,” Freedner said. “So after June 30, I have no idea what’s going to happen.”

Freedner and others will likely see their current coverage continued again. Iselin and others in the Patrick administration are asking the federal government to approve another extension. Some Connector board members are worried about the cost of asking insurance companies to continue offering the same insurance plans. The agreement for the extension through June already hiked rates 7 percent.

The Connector does not expect to have a new website up and running before October 1, and even that’s an ambitious target. Iselin does not know yet how much it will cost to correct problems with the CGI site, problems for which a report says the state must share responsibility. So far, Massachusetts has paid CGI $15 million worth of its $69 million contract.

With many difficult decisions ahead, the Connector is celebrating one update. About 147,000 residents who were not getting coverage through the Connector last year are now. Of course, not all of these people are newly insured. But one Connector board member said she had to “temper wild joy” at this news. If even half of these residents are signing up for insurance for the first time, the state’s rate of uninsured residents would drop to between 1 and 2 percent.