Employers in Massachusetts routinely complain about health insurance costs rising two, three or even eight times faster than inflation. But not so much lately. As of April 1, base insurance rates approved by the Democratic Gov. Deval Patrick’s administration for small businesses will increase, on average, 1.8 percent. Interestingly, the state’s economy grew at the same rate for the last quarter of 2011.

So is health care inflation tamed in the state? We put this question and a few others to four economists: MIT’s Jonathan Gruber (one of the architects of the Mass. health law), Harvard University’s David Cutler (who was in the Clinton administration and advised President Obama), Stuart Altman of Brandeis University (who advised Presidents Nixon and Clinton and candidate Barack Obama) and Meredith Rosenthal (at the Harvard School of Public Health). For clarity, we edited their answers.

Health insurance premium increases have slowed and are, for the immediate future, at or below the inflation rate. Have we fixed the problem of rising health care costs? 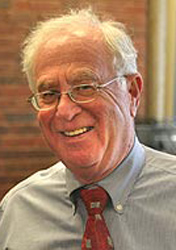 ALTMAN: No. The long term cost drivers are still in place. You know, a heavy person can go without a meal for a while and they won’t die. We have set in place forces that will lower costs, but we don’t know yet if they will have a lasting effect. This would be the third time in my lifetime that I’ve seen costs drop and then rise again.

GRUBER: It is way too early to say that. We need a number of years of premium growth that averages roughly the level of economic growth before we can say we have tackled this problem. We had three such years in the mid-1990s, but then costs grew faster than ever.

CUTLER: We are addressing the problem, but we haven’t solved it. The market is moving towards a system where costs are a consideration for providers [doctors, hospitals, etc]. That is good, but we need to do more. Medicare, Medicaid, and the remaining private insurance firms need to change as well, and we need to be explicit about the targets we seek to achieve.

ROSENTHAL: This [1.8 percent] figure mirrors a national slowdown in health care spending, though it is lower than the latest figures on national health expenditure growth of 3.9 percent. While the 1.8 percent growth in premiums will keep insurance affordable for more Massachusetts residents, it is unlikely that we have fixed the problem of rising health care costs. We really have just begun to tackle underlying drivers of rising costs.

What are the main reasons why health care premiums are not increasing as much as they have in the past? 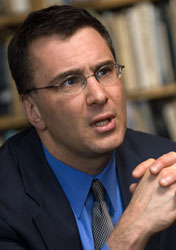 GRUBER: The main thing to emphasize is that we don’t know for sure. But likely factors include: the recession; the growth in patient cost-sharing; the growth in tiered networks (where patients have hefty co-pays for care at expensive hospitals); and political pressure on insurers and providers to restrain price increases. I don’t see this as any structural change on the provider side, which is the key next step.

ROSENTHAL: In general, premiums follow trends in health care costs — the amount insurers pay to health care providers. So the main reason premiums are growing more slowly is likely because these payments grew more slowly last year, in part due to the lingering effects of the recession — when incomes are down or people feel financially insecure, they consume less health care. Second, in part due to a report by the Attorney General about the high prices some providers in the Commonwealth are paid, I would guess that there was some downward pressure on prices last year too.

CUTLER: Some structural factors have changed. For example, physicians now worry more about overuse of care, and think more carefully about reducing medical errors such as eliminating hospital-acquired infections and reducing unnecessary readmissions.

ALTMAN: The providers and insurers realize that if they don’t do something on their own to lower costs, the government may take some action that will make their lives miserable. So they are seriously trying to keep costs low. The question is, can they do this on their own over the long term? The answer is: We don’t know. History suggests the answer is no, but there are some things that give me hope.

How much, if any, credit do you give to Massachusetts’ adoption of global payment contracts, where doctors are on a set budget for their patients’ care?

GRUBER: Basically zero, as far as I know. 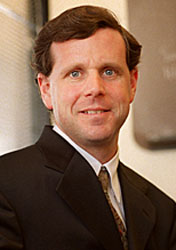 CUTLER: I give some credit to these plans. They have fostered a sense of cost consciousness, which is good. Government pressure has also been important, as has pressure from patients.

ALTMAN: The hope is that global payments will help lower costs. The other aspect is that we are moving to tiered networks, and they really frighten the high-end hospitals, like Partners HealthCare [which includes Massachusetts General and Brigham and Women’s Hospital]. So Partners is working hard to not stay high-cost. The problem is, tiered or limited networks could trigger a consumer backlash like we had with managed care in the 1990s. They must be designed in a way that people accept them.

ROSENTHAL: I think it is too early to credit global payments with these premium growth figures but it may be an important part of longer-term affordability.

Should the government set a target for future health care cost increases, and if so, how much?

GRUBER: This is a tough call. Normally I am not a huge fan of such measures but I think in our state it might be the necessary “stick” to affect real change.

CUTLER: Yes. I believe the most helpful way to think about targets is in terms of state income growth. Tax revenues, business revenues, and household income all rise with state income. Thus, there is a huge difference between costs rising at or below the rate of income growth and costs rising more rapidly than that. This does not imply a single number for growth or a timeframe to achieve it.

ALTMAN: If the market is working, the consequence of losing market share will force prices down and the state might not need to do anything. But if the pressures let up, health care inflation will come back as it did in late 1990s. 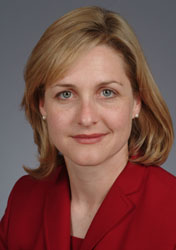 ROSENTHAL: Most health systems set a budget and use the budget to force them to prioritize needs. Budgets need not be “hard” (“not a penny more”) but they do need to be enforced with consequences to work. Responsible consumers use budgeting in every other area of their lives. It is time to move in this direction in health care, too. But there needs to be some public debate about where budgets will be set (at the insurer, provider, regional or state level), the amount of these budgets and the enforcement mechanisms.

What should the consequences be for insurers or providers who exceed the target?

GRUBER: There should be some sort of insurance rebate to the purchaser.

CUTLER: There isn’t a single answer. The private sector will have consequences, and government may as well. The consequences may vary if the target was missed because prices increased (perhaps because of limited competition), because people turned out to be sicker than expected, or because there were new ways to treat people that were valuable but expensive.

ROSENTHAL: We are likely going to need to phase in consequences around budgets — perhaps shared savings initially and then moving to taking money away from providers or payers that continually exceed targets.

ALTMAN: Government should let the market play out for a few years. There are some very interesting things happening here. Attitudes are changing, cautiously. The state would track progress towards a target and not implement regulation, but it would be an option if needed. Finally, we can’t do this in Massachusetts alone, forever. The rest of the country has to start playing by the same rules, or else the resources and people will go elsewhere.

Can Massachusetts Lead The Way On Controlling Health Costs?