How should Medicare and Medicaid measure doctors, hospitals, dialysis centers and other health care providers the government pays? There are 368 new ideas on the table this year, according to a list compiled by the Centers for Medicare & Medicaid Services. CMS estimates 60 will be adopted in 2012. 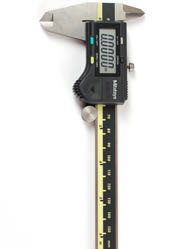 Figuring out how to fairly and accurately assess the care that health providers are giving is a key component of the Affordable Care Act’s effort to move the government and private insurers away from paying for the quantity of services provided and instead making reimbursements based on the quality and cost-efficiency of that care.

Some of the measures aim to assess specific areas of serious concern, such as the excessive use of restraints on patients in psychiatric hospitals and the percent of babies born in a hospital who were delivered by choice before a full 39 weeks of pregnancy. Others are broader, such one measuring how often families of people who died in hospice thought the program was satisfactory.

The measures were proposed by a variety of places. Some came from government agencies such as CMS and the Centers for Disease Control and Prevention. Others were devised by industry groups or companies such as the Hospital Corporation of America, the National Hospice and Palliative Care Organization and the American College of Cardiology. Still others come out of academic or research groups, such as the University of North Carolina and RAND.

Before it decides which measures it wants to use, CMS asked the Measures Application Partnership, a stakeholder group established by the National Quality Forum (NQF), to give advice on which measures will accurately and fairly capture provider performance. The group will issue its recommendations to CMS. That list is due out by Wednesday. CMS will then take the group’s input — as well as that of others — as it decides which measures to include in regulations it develops over the course of the year and beyond.

“There are measures in here that address gaps, there are others that really need development, and then there are some where the [partnership] said ‘that’s not a high priority,'” said Tom Valuck, a senior vice president at the forum in charge of the partnership.