Sitting in his living room, Martin told a nurse and a social worker that he’d recently spent three days in the hospital with a high fever. The social worker, Scott Blackburn, told him that if his viral load didn’t drop, he could end up there again.

“The most important thing, regardless of what treatment regimen you are on, is that you are under a doctor’s care,” Blackburn said. “I just want to make sure there are eyes on you.”

The visits to Martin, 61, are part of a Medi-Cal program designed to help HIV and AIDS patients avoid costly hospitalizations and nursing home stays. Medi-Cal is California’s version of Medicaid, the federal-state program that provides health coverage for people with low incomes.

In Medi-Cal’s HIV-AIDS program, the state pays for a range of services, including case management, nursing, caregiving, therapy, transportation and home-delivered meals.

But the agencies that provide services under the $12 million program say it’s getting harder to do so, because funding has remained largely stagnant for 15 years. That has led some providers to stop or reduce their participation.

The program, known as the AIDS Medi-Cal Waiver, started in 1989. Through a temporary but renewable waiver, the federal government allows the state to pay for services that would not otherwise be covered by Medicaid dollars.

To qualify, AIDS or HIV patients must have incomes low enough to receive Medi-Cal and be at risk of being placed in a nursing home. The participants do not pay for the services.

The number of participants statewide is just under 1,400 — a 40 percent drop since 2008, according to state data. Also since then, the number of agencies providing services has declined from 44 to about two dozen.

About 137,000 people are living with HIV, the virus that causes AIDS, in California. More than 5,000 Californians were diagnosed in 2014, according to the Centers for Disease Control and Prevention. 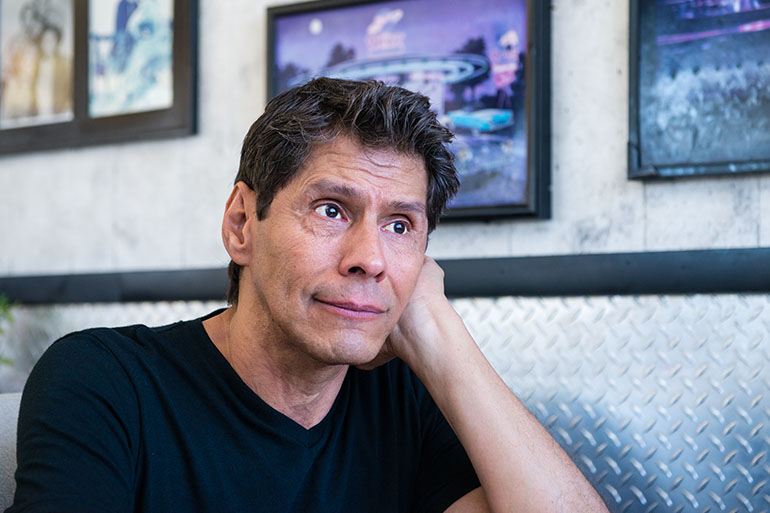 HIV providers in California simply can’t meet the demand with the payments they receive from the Medi-Cal program, and many fragile patients aren’t getting the services they need, said Scott Singer, director of behavioral health for AIDS Project Los Angeles.

“If more money doesn’t come through, more programs are going to end up closing their doors,” he said. “Hospitalizations are going to go up and that is going to cost the state more money.”

Assembly member Mike Gipson (D-Carson) introduced a bill last year that would have increased funding, but his proposal didn’t make it out of the special session on healthcare, said legislative director Jay Jefferson.

Now, Gipson is working with a coalition of HIV providers throughout the state to seek a nearly $5 million increase for the program in the governor’s budget, Jefferson said.

The AIDS Medi-Cal Waiver has lower payment rates than similar Medi-Cal programs serving other vulnerable populations, Jefferson said. “This is a crucial program and it’s clear it is underfunded,” he said. “We just want some parity with other programs so it is sustainable.”

State officials acknowledge that the number of agencies and participants has decreased but they aren’t convinced it’s because of reimbursement rates, said Rebecca Schupp, chief of the long-term care division of the Department of Health Care Services.

The agency is researching the issue but said HIV and AIDS patients may be receiving services through other Medi-Cal programs.

Schupp said any changes to the program before 2017, when the current waiver expires, are unlikely. The state plans to submit an application this summer to renew the program in 2017. Schupp said she hopes to see more people enrolled and more services available for HIV patients who are homeless or have substance abuse disorders.

Singer, of AIDS Project Los Angeles, said that while fewer HIV and AIDS patients are dying than in the past, the program is still critical. Many of the participants are dealing with the complications of living with the disease for decades. Some also have other chronic illnesses such as heart disease, high blood pressure and diabetes.

Martin was diagnosed with HIV in the late 1980s. He was first enrolled in the AIDS Medi-Cal Waiver program after being hospitalized with kidney failure. He was bedridden for years.

Through the program, Martin got an in-home caregiver, Darrell Mitchell, who helped him learn how to walk again. “We would walk down the street just a little ways, then I would rest,” he said. “Darrell was right by my side.”

Mitchell continues to help Martin with cleaning, laundry and getting to appointments — “all the things I can’t do,” he said.

Miller said he credits the program with helping him recover physically and emotionally. “I’m so glad they came into my life,” he said. “At that point, I had lost so much. … I really didn’t know why I was being allowed to live again.”

The program also helped Martin get subsidized housing and appointments with a therapist.

And Blackburn, the social worker, and Jeannie Acdan, a nurse, regularly visit to make sure he is taking his medications and that he has the social and medical support he needs to stay well.

Acdan said she has been visiting Martin for about 10 years now.

“We have gone through a rollercoaster together, but we are still here,” she said.