The Florida Senate has proposed a plan — the Florida Health Insurance Affordability Exchange Program, or FHIX — that would accept federal funds under the Affordable Care Act to establish a state-run private insurance exchange for low-income residents. 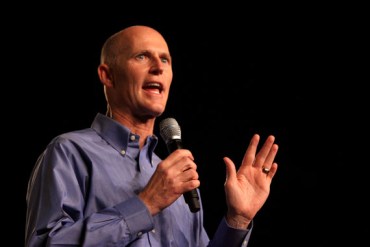 An estimated 850,000 uninsured Floridians would be newly eligible for coverage under the plan, though they would be required to work or to attend school, and to pay monthly premiums.

But House leaders and Gov. Rick Scott oppose any Medicaid expansion because they say they don’t trust the federal government to keep its promise to pay for covering more Floridians.

Other states have overcome political opposition to Medicaid expansion and adopted plans to bring government-subsidized coverage to more of their low-income residents: 28 states and the District of Columbia, as of April. Expansion is under discussion in Missouri, Montana, Utah, Alaska and Tennessee.

Nearly all of the expansion states — 24 of 28 — have simply removed categorical exclusions, opening Medicaid to a much broader group of low-income adults, including those without dependent children or disabilities, as set forth in the health law. They also raised the income eligibility.

Five states have obtained a special waiver from the federal Centers for Medicare and Medicaid Services, or CMS, to allow them more freedom in how they expand Medicaid.

Most recently, Indiana became the 28th state — and the 10th with a Republican governor — to receive approval for an expansion plan. It’s called the Healthy Indiana Plan, which covers an estimated 350,000 people.

Indiana’s plan, which took effect in February, includes elements that hadn’t been approved in other states. Among the key provisions: no retroactive eligibility and barring some recipients from re-enrolling in coverage for six months if they are dropped for unpaid premiums.

Indiana also received approval to charge higher co-payments for non-emergency use of the emergency room.

Like the Florida Senate’s proposal, Indiana sought to require a work referral as a condition of eligibility, but that part of the proposal was not approved by CMS.

In August 2014, the Obama administration reached a deal with Pennsylvania Gov. Tom Corbett, a Republican, to expand Medicaid coverage through a different model to as many as 500,000 eligible residents. Corbett was later defeated by Tom Wolf, a Democrat, in the 2014 elections, and Wolf has pledged to move the state toward traditional Medicaid expansion.

But the Pennsylvania plan that started Jan. 1 allows the state to expand Medicaid through private managed care plans. In the second year, Pennsylvania can require monthly premiums of up to 2 percent of income for eligible adults.

Pennsylvania initially sought a work requirement as a condition of eligibility. Again, it was not approved.

Iowa received approval in December 2013 for an expansion plan negotiated by the administration of Gov. Terry Branstad, a Republican. The state used federal funding to provide financial aid to low-income residents to buy private health insurance through the new Iowa Health and Wellness Plan. Iowa residents with incomes below poverty level were enrolled in Medicaid managed care.

Iowa also was allowed to charge premiums for individuals with incomes more than half of the federal poverty level, or $5,500 a year, beginning in 2015. The state pledged not to drop their coverage if they fail to make payments.

In Michigan, the Legislature approved a bill to expand Medicaid in September 2013. Gov. Rick Snyder, a Republican, signed it into law — extending coverage to an estimated 300,000 to 500,000 low-income residents.

Arkansas adopted a “private option” Medicaid expansion plan under Gov. Mike Beebe, a Democrat, in April 2013. The plan called for Arkansas to accept federal money through the ACA and use it to buy private insurance for about 250,000 eligible low-income residents.

The federal government approved the plan in September 2013. In January, newly-elected Gov. Asa Hutchinson, a Republican, said Arkansas will keep its Medicaid expansion plan through the end of 2016 — then lawmakers will consider renewing it.

There is no deadline for states to adopt a Medicaid expansion plan.

Medicaid Expands In Other States, But Not Florida