In the final arguments before the Supreme Court Wednesday, the justices looked at the health law’s expansion of Medicaid, the joint federal-state health program for low-income people. The Obama administration argued in court briefs that the federal government has expanded the program repeatedly and the provisions of the law will not “impose significantly onerous burdens on the states.” But states disagree and said they fear they will be left with a costly program to fund.

The Supreme Court has posted the transcript and audio from this afternoon’s arguments.Excerpts of the arguments follow. 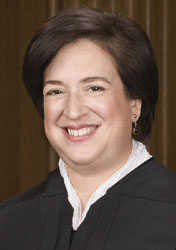 CLEMENT: The constitutionality of the Act’s massive expansion of Medicaid depends on the answer to two related questions: First is the expansion coercive and second does that coercion matter.

JUSTICE KAGAN: Mr. Clement, would you be making the same argument if instead of the Federal government picked up 100 percent of the cost.

CLEMENT: Justice Kagan, if everything else in the statute remained the same, I would be making the exact same argument.

JUSTICE KAGAN: The exact same argument. So that really reduces to the question of why is a big gift from the Federal government a matter of coercion? In other words, the Federal government is here saying, we are giving you a boatload of money. There are no — there’s no matching funds requirement, there are no extraneous conditions attached to it, it’s just a boat load of Federal money for you to take and spend on poor people’s healthcare. It doesn’t sound coercive to me, I have to tell you. 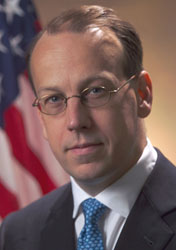 CLEMENT: Well, Justice Kagan, let me –I mean, I eventually want to make a point where even if you had a stand-alone program that just gave 100 percent, well, there would still be a problem.

JUSTICE GINSBURG: Isn’t that true … that each time Congress has added more people and given more benefits, the condition is, if you want the Medicaid program, this is the program, take it or leave it.

JUSTICE BREYER: Where (did) this idea come from that should state X say, “I don’t want the new money,” that the secretary would or could cut off the old money?

CLEMENT: From the very beginning of this litigation, we’ve pointed out that what’s coercive is not the absolute guarantee that the secretary could cut off every penny, but the fact that she could. 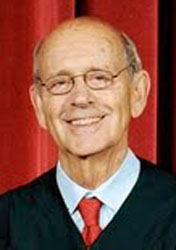 JUSTICE BREYER: A basic principle of administrative law, indeed, all law, is that the government must act reasonably. And should a secretary cut off more money than the secretary could show was justified by being causally related to the state’s refusal to take the new money, you would march into court with your clients and say, “Judge, the secretary here is acting unreasonably, and I believe there is implicit in this statute, as there is explicit in the ADA, that any such cut-off decision must be reasonable.” Now, does that relieve you of your fear?

CLEMENT: It doesn’t for this reason, Justice –

JUSTICE BREYER: I didn’t think it would.

CLEMENT: We have been making in this litigation this basic point, the government has had opportunities at every level of this system, and I suppose they will have an opportunity today to say, “fear not, States, if you don’t want to take the new conditions, all you will lose is the new money.” 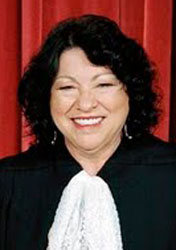 CLEMENT: Well, Justice Sotomayor, a couple of points. One is, I actually think that sort of misdescribes what happened with Medicaid. I mean, States were, as you suggest, providing for the poor and the visually impaired and disabled even before Medicaid came along. Then all of a sudden, States — the Federal government says look, we’d like to help you with that, and we’re going to give you money voluntarily. And then over time, they give more money with more conditions, and now they decide they’re going to totally expand the program, and they say that you have to give up even your prior program, where we — first came in and offered you cooperation, we’re now going to say you have to give that up if you don’t take our new conditions.

JUSTICE SCALIA: As I recall your — your theory, it is that to determine whether something is coercive, you look to only one side, how much you’re threatened with losing or offered to receive. And the other side doesn’t matter. I don’t think that’s realistic. I mean, I think, you know, the — the old Jack Benny thing, Your Money Or Your Life, and, you know, he says “I’m thinking, I’m thinking.”

Now whereas, if — if the choice were your life or your wife’s, that’s a lot harder.
Now, is it — is it coercive in both situations?

VERILLI: The Affordable Care Act’s Medicaid expansion provisions will provide millions of Americans with the opportunity to have access to essential health care that they cannot now afford. … The States are asking this Court to do something unprecedented, which is, to declare this an impermissibly coercive exercise. 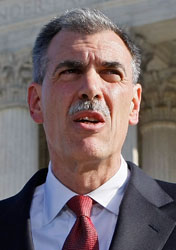 CHIEF JUSTICE ROBERTS: So why shouldn’t we be concerned about the extent of authority that the government is exercising, simply because they could do something less? We have to analyze the case on the assumption that that power will be exercised, don’t we?

VERRILLI: That discretion is there in the statute, and I have every reason to think it is real, but I do think, getting back to the circumstances here –

JUSTICE KAGAN: Well, General, what’s the -been the history of its use? Has the Secretary in fact ever made use of that authority?

CHIEF JUSTICE ROBERTS: What about the Arizona letter we just heard about today?

VERRILLI: It has never been used to cut off –

CHIEF JUSTICE ROBERTS: It’s been used to threaten. … Of course no States would say okay, go ahead but — make my day, take it away; they are — they are going to give in.

JUSTICE KENNEDY: Does this Act not require States to keep at the present level their existing Medicaid expenditure? So some States may have been more generous than others in Medicaid, but this Act freezes that so the States can’t go back. Or am I incorrect?

VERRILLI: There is something called a maintenance of effort provision which lasts until 2014, until such time as the Medicaid expansion takes place and the exchanges are in place. That applies to the population. It says with respect to the population, you can’t take anybody out. … That is a -that’s a provision I think that does a significant degree less than my friends on the other side have suggested in terms of — in terms of its effect, and its effect beyond that is just temporary. 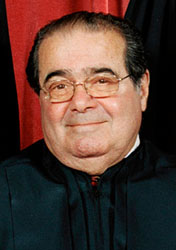 JUSTICE SCALIA: Is it conceivable to you that any State would have said no to this program? Congress didn’t think that, because some of its other provisions are based on the assumption that every single State will be in this thing. And — and if you can’t, that sounds like coercion to me.

VERRILLI: I think Congress predicted that States would stay in this program, but the — prediction is not coercion. And the reason Congress predicted it, I think, Justice Scalia, is because the Federal government is paying 90-plus percent of the costs.

CHIEF JUSTICE ROBERTS: You’ve been emphasizing that the Federal government is going to pay 90 percent of this, 90 percent of this, and it’s -it’s not something they can take to the bank, because the next day or the next fiscal year, they can decide we’re going to pay a lot less. And you, States, are still on the hook. … We can say — ask whether it’s coercion. You’re not going to be able to bail out of Medicaid. You just have to pay more because we’re going to pay less.

VERRILLI: Well, like I said, I — I agree that it would be a difficult choice in some circumstances. But that is not to say it’s coercion as a legal matter or even as a practical matter.

VERRILLI: The Medicaid expansion that we’re talking about this afternoon and the provisions we talked about yesterday, we’ve been talking about them in terms of their effect as measures that solve problems, problems in the economic marketplace, that have resulted in millions of people not having health care because they can’t afford insurance. There is an important connection, a profound connection, between that problem and liberty. And I do think it’s important that we not lose sight of that. That in this population of Medicaid eligible people who will receive health care that they cannot now afford under this Medicaid expansion, there will be millions of people with chronic conditions like diabetes and heart disease, and as a result of the health care that they will get, they will be unshackled from the disabilities that those diseases put on them and have the opportunity to enjoy the blessings of liberty. …

Congress struggled with the issue of how to deal with this profound problem of 40 million people without health care for many years, and it made a judgment, and its judgment is one that is, I think, in conformity with lots of experts thought, was the best complex of options to handle this problem. Maybe they were right; maybe they weren’t. But this is something about which the people of the United States can deliberate and they can vote, and if they think it needs to be changed, they can change it.

CLEMENT: Let me just finish by saying I certainly appreciate what the Solicitor General says, that when you support a policy, you think that the policy spreads the blessings of liberty. But I would respectfully suggest that it’s a very funny conception of liberty that forces somebody to purchase an insurance policy whether they want it or not. And it’s a very strange conception of federalism that says that we can simply give the States an offer that they can’t refuse, and through the spending power which is premised on the notion that Congress can do more because it’s voluntary, we can force the States to do whatever we tell them to. That is a direct threat to our federalism