ADRIAN, Mich.—When Medicaid expands next year under the federal health law to include all adults living close to the poverty line, one group of eligible beneficiaries will be several million men and women who have spent time in state and federal prisons and jails.

The Department of Justice estimates former inmates and detainees will comprise about 35 percent of the people who will qualify for Medicaid coverage in the states expanding their programs to anyone earning less than 138 percent of the federal poverty level, or about $15,000 for an individual in 2013. The Congressional Budget Office estimated earlier this year  that 9 million people will get that new coverage next year.

In addition, the expansion could help states cover the medical costs of some current inmates who need hospitalization or other expensive specialized care outside of prison.

Michigan, which has long been recognized as an innovator in inmate health care, is expanding its Medicaid program.  Officials here say that funding could help cover the needs of some seriously ill inmates as well as provide new coverage for released offenders, which could be a valuable tool in curbing recidivism.

“A significant number have never prepared their own meals. They don’t know how to shop, or how to budget,” said Tammy Meek, prisoner re-entry coordinator for the Gus Harrison Correctional Facility in this small city in southern Michigan. “Some can’t even write their name in cursive. Health care is critical in protecting the public and giving the client [former inmate] the tools he needs to succeed.”

But the Medicaid coverage for former offenders has stoked the interest of some powerful GOP members of Congress, including one from Michigan, House Energy and Commerce Committee Chairman Fred Upton. He and Health Subcommittee Chairman Joe Pitts of Pennsylvania last month asked the Government Accountability Office to review the effect of the health law’s Medicaid provisions on former offenders. “We  must better understand the true costs of expanding the program to any new population and weigh such costs with the competing interests of our nation’s most vulnerable law-abiding citizens,” they wrote.

A Republican committee source said Upton and Pitts simply wanted “updated data” from GAO on “how Medicaid interacts with the criminal justice system” because they were “committed to understanding how every Medicaid dollar” will be spent under the new health law. 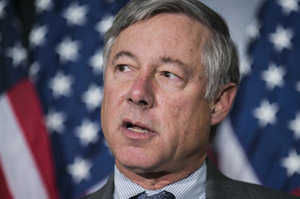 A Democratic committee source, however, dismissed the Upton initiative as “a complete red herring” prompted by Republicans’ search “for another way to come up with something that will ding the Affordable Care Act.”

The congressmen’s request notes that some researchers have suggested that large numbers of people added to the Medicaid rolls in an expansion could be prisoners. But ordinary, in-prison health care is not covered by Medicaid. The Medicaid law, passed in 1965, denies federal matching funds for convicted prisoners—about 1.5 million adults nationwide—and for 750,000 unconvicted detainees held for trial or petty crimes and misdemeanors in county and city jails on any given day. Each state, county or city must pay for the medical needs of all detainees from its general funds. The Affordable Care Act does not change this law.

However, since 1997, the federal government has allowed matching Medicaid funds to pay for specialized hospital care for 24 hours or more outside the prison system for inmates who were enrolled in or eligible for Medicaid before their incarcerations. Since most states narrowly draw the eligibility rules for adults, this funding generally covered people such as the frail elderly, patients suffering from serious disabilities and chronic diseases and pregnant women.

Michigan received $8 million in matching funds for that program during the year ending Sept. 30, state Department of Corrections spokesman Russ Marlan said. Next year, when about half the states have agreed to expand their Medicaid programs, the number of these patients should rise dramatically as will the federal matching funds. Marlan said Michigan could receive $20 million in Medicaid funding from the federal government in 2014 to help pay for such specialized treatment of prisoners, “but it’s probably too early to know for sure.”

“Having access to health care and mental health care contributes to their success in staying out of prison,” noted Heidi E. Washington, warden at the Charles E. Egeler correction facility in Jackson, Mich.

Helping former inmates adjust to the outside world has been shown in many studies to curb recidivism. Michigan, which has used state funds for reentry programs that include health care for nearly a decade, has seen its prison population drop in the past five years from 51,554 to 43,636. For released offenders with special needs—mostly mental disorders—recidivism rates plummeted from 50 percent in 1998 to 22.5 percent in 2012. Michigan spends $35,000 each year for every imprisoned inmate.

But curbing recidivism doesn’t just hinge on having funding from programs like Medicaid, noted Ira Burnim, legal director of the Bazelon Center for Mental Health Law. “These folks have to have services, and when they have access to housing and local support, they do very, very well.”

Michigan in 2005 hired a private company, Professional Consulting Services, to coordinate individual release plans for special needs inmates, serving as an intermediary between the Department of Corrections, state Medicaid officials and outside housing and service providers.

Chief Operating Officer Betsy Hardwick said PCS handles about 1,200 cases at any one time, preparing individual support plans and monitoring inmates for their first nine months on the outside. Hardwick said that 28 percent of the special needs inmates had Medicaid on release, but by the end of their first year in the community, “anecdotally we think between 60 percent and 70 percent are being approved.”

The effort appears to be a critical confidence builder for Martin Baker, 61, a repeat offender for breaking and entering who earlier this month was getting ready for parole at Adrian’s Gus Harrison prison and had been notified that he will have Medicaid upon release.

“I’ve got a bad liver from hepatitis C, and I couldn’t afford any medications on my own,” said Baker, a small but fit gray-haired man who also suffers from bipolar disorder and battled drug issues in the past. “My primary goal is to get my medical situation stabilized and get into a solid recovery program.”

Without insurance, he said, “you feel sick, and it causes you to get depressed and not care, so you say, ‘okay, I’m going out and get a pack of heroin.’ I don’t want that to happen.