That brings to five the number of state granted more time by Health and Human Services Secretary Kathleen Sebelius. 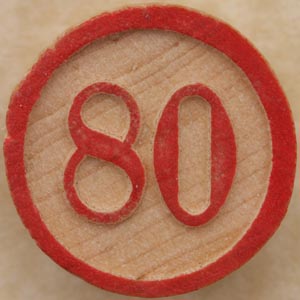 The health care overhaul law requires insurers selling policies to individuals or small businesses to spend at least 80 percent of premium revenue on medical care or quality improvements, starting this year. Those that don’t must issue rebates to policyholders. The idea is that most of a policyholders’ premium should be spent on medical care, leaving the rest for administrative costs, profits, advertising, broker commissions and executive pay.

But states can ask for leniency if they can show that meeting that 80 percent spending target might cause insurers to pull out of markets or limit sales of policies sold to individuals. Maine, Nevada and New Hampshire had previously been granted waivers.  Still waiting on their requests: Florida, Louisiana, Georgia, Kansas, Indiana and the territory of Guam.

In a letter sent Friday, federal regulators told Iowa regulators that their original request “exceeds that which is necessary’ to prevent destabilization.”  Nonetheless, three of the state’s seven major insurers were below the target and might leave the market without an adjustment, the regulators said, in granting the state a waiver that would allow insurers to meet a 67 percent target this year, a 75 percent target in 2012 and 80 percent in 2013.  The state had requested 60 percent this year, building to 75 percent by 2013.

In Kentucky, regulators sought a 65 percent target, building to 75 percent by 2013.  However, the state’s major insurer was unlikely to leave the market, HHS said, leaving only three smaller ones at risk. It granted a 75 percent target for this year, going to 80 percent in 2012.

North Dakota regulators did not show a “reasonable likelihood” that the 80 percent target would be a problem, so the request was rejected.

The spending requirement, called the “medical loss ratio,” applies to all health plans, except those offered by self-insured employers, such as companies with thousands of employees. However, the exceptions sought by the states would affect only individual policies bought by people who don’t get coverage through their jobs.  Nationwide, more than 18 million Americans purchase their own policies.

Up to 9 million Americans with individual policies and in group plans could be eligible for rebates, according to government estimates.