Networks of doctors and hospitals set up under the Affordable Care Act to improve patients’ health and save money for Medicare are having varying rates of success in addressing their patients’ diabetes and heart disease, according to government data released Friday.

The release is the first public numbers from Medicare of how patient care is being affected by specific networks. These accountable care organizations, or ACOs, are among the most prominent of Medicare’s experiments in changing the ways physicians and health care facilities work together and are paid. The ACOs will be able to keep some of the money they save, but they also take on some of the financial risk if their patients end up being costly. 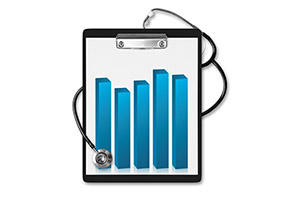 To make sure the ACOs are not stinting on care in their quests to earn bonuses, Medicare is tracking 33 different quality measures. These look at how well doctors coordinate with each other, whether patients receive appropriate preventive services, whether they suffer unnecessary harm and how patients experience their treatments.

On Friday, the Centers for Medicare & Medicaid Services (CMS) released data on five of these measures for 141 ACOs during 2012. Four evaluate how well the ACOs helped patients with diabetes. The fifth examined how many patients with arteries packed with plaque received appropriate medicines to relax their blood vessels. Medicare said it did not release more measures because it did not think some of them could be easily understood by consumers or would be useful. Other measures, such as ones about cholesterol levels, were not released because the clinical standards have changed.

The measures that were released on Medicare’s physician compare website account for only 7 percent of the potential savings the ACOs may be able to earn starting next year, said David Muhlestein, director of research at Leavitt Partners, a consulting group.

In announcing the data, Dr. Patrick Conway, the chief medical officer for CMS, said in a statement: “Offering a strong set of meaningful quality measures on the site will ultimately help consumers make decisions and it will encourage quality improvement among the clinician community, who shares CMS’s strong commitment to the best possible patient care.”

Dr. Richard Bankowitz, chief medical officer at Premier, a health care company that advises hospitals, said the release of the ratings was a “good first step” but questioned how helpful it would be to patients.

“We have to make sure it’s useful information and we help patients interpret what they’re seeing,” he said, “and that we don’t arrive at unintended consequences like penalizing physicians who deal with a more difficult case mix or directing patients to physicians who might not be best suited for their needs.”

Michael Millenson, an Illinois-based quality consultant, was more doubtful. “Nobody’s going to spend an hour trying to figure this out,” he said.

About 4 million Medicare beneficiaries are being cared for by one of the more than 250 ACOs that Medicare has approved. Each ACO is responsible for taking care of a group of at least 5,000 Medicare beneficiaries; although patients can go to any doctor they choose. Medicare counts as part of an ACO the patients who mostly go to doctors and facilities within that coalition. Patients generally do not choose an ACO.

The program’s design is intended to give physicians financial incentives to work together and proactively intervene to keep patients healthy, rather than wait to treat them after their health has deteriorated—something that Medicare’s traditional fee-for-service payment method has encouraged.

This year, the ACOs are getting any savings they achieve simply by reporting how their patients fared. Starting next year they have a chance to earn bonuses.

In general, the average ACOs reached the Medicare goals for 65 percent to 75 percent of their patients, depending on the measure, according to a Kaiser Health News analysis of the 2012 data. Muhlestein said that the ACOs did not perform as well as the 66 large medical groups that are part of another Medicare quality program. Results from those groups on the same set of measures were also released Friday.

“A lot of these ACOs are pretty new at this,” Muhlestein said. “Not only are they trying to figure out how to manage care, they’re figuring out how to work together.”

Allina Health’s ACO based in Minneapolis performed the best overall on the diabetes measures, according to the KHN analysis. For instance, 88 percent of Allina’s diabetes patients kept their blood pressure under the target set by Medicare.

On average, ACOs succeeded on this with 67 percent of their patients.  Some ACOs fell shorter: Only 9 percent of patients with the John Muir Health Medicare ACO, run by a large medical group in the San Francisco Bay area, had their blood pressure below the rate set by Medicare of 140/90 mmHg.

John Muir said the low rate was due to “a reporting error on our part” because it told the government that 543 of 616 diabetes patients did not have blood pressure readings. Of the 73 patients whose blood pressure was reported, 52 met the threshold—71 percent—but Medicare calculated the rate out of all 616 patients, according to Ben Drew, a spokesman for John Muir.

A Wisconsin ACO formed by two health systems, Bellin Health and ThedaCare, had the most success in keeping its diabetes patients’ blood sugar levels below the target set by Medicare, the data show. Eighty-four percent of that ACO’s patients hit that target, much better than the average ACO rate of 65 percent.  Just 24 percent of patients with the Accountable Care Coalition of Maryland, an ACO assembled by the corporation Universal American, kept their blood sugar under control.

The two other measures for diabetes patients looked at how many avoided tobacco and took aspirin daily. The average ACO reported that about three of four of their patients complied with each of these instructions.

Brown & Toland Physicians, a medical group around the San Francisco Bay area, performed the best in ensuring that their high-risk patients with coronary artery disease were prescribed one of two classes of medicines that relax blood vessels and lower blood pressure. Ninety-seven percent of Brown & Toland’s patients were prescribed one of these two types of drugs, while the average ACO gave such medicines to 70 percent of their patients.

This article was updated Feb. 27 to add a response from the John Muir Health System.