Medicare beneficiaries battered by Superstorm Sandy have one less problem to worry about: Federal officials have extended the Dec. 7 deadline to enroll in a private medical or drug plan for next year for those still coping with storm damage. 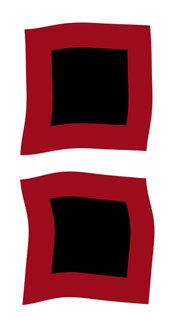 The Centers for Medicare & Medicaid Services “understands that many Medicare beneficiaries have been affected by this disaster and wants to ensure that all beneficiaries are able to compare their options and make enrollment choices for 2013,” Arrah Tabe-Bedward, acting director for the Medicare Enrollment and Appeals Group, wrote in a Nov. 7 letter to health insurance companies and State Health Insurance Assistance Programs.

Beneficiaries hit by the storm can still enroll after the midnight Dec. 7 deadline if they call Medicare’s 24-hour information line,1- 800-Medicare (1-800-633-4227).  Representatives will be able to review available plans and complete the enrollment process over the phone.

“We are committed to giving people with Medicare the information and the time they need to make important decisions about their coverage,” Medicare spokeswoman Isabella Leung said in an e-mail.  Medicare officials have not set a new deadline but have encouraged beneficiaries to make their decisions soon if possible.

Seniors currently in a plan will be automatically re-enrolled for next year in the same plan.

The extra time also applies to any beneficiaries who normally get help from family members or others to sort through dozens of plans but who have been unable to do so this year because they live in storm-ravaged areas.  Neither beneficiaries nor those who provide them assistance will be required to prove that they experienced storm damage.

“This is a really important recognition by CMS to accommodate Medicare enrollees affected by Hurricane Sandy,” said Leslie Fried, director for policy and programs at the National Council on Aging, a Washington, D.C., advocacy group.

More than 4 million seniors in those states are enrolled in drugs-only plans and more than 2.8 million have Medicare Advantage policies, which includes medical and drug coverage.

Susan Jaffe can be reached at Jaffe.KHN@gmail.com

This post has been corrected.  Earlier versions mistakenly said coverage for those who do not enroll in a 2013 plan would expire at the end of the year. CMS says instead that seniors already in a plan will be automatically re-enrolled for next year in the same plan.

Medicare Extends Enrollment Period For Those Affected By Sandy