Congress is unlikely to consider legislation that would fundamentally restructure Medicare until a new Congress — and possibly a new president — are seated in 2013. But politicians have sought to tackle the growth in Medicare costs several times in the past two years, most notably in the 2010 health care law and, then again, in last year’s budget deal. 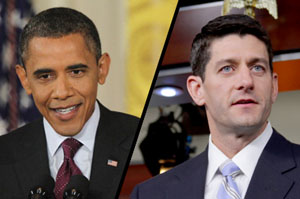 The more immediate pressure is to reduce the deficit by the end of this year to stop automatic 2 percent spending cuts from going into effect in 2013, as required by last year’s budget agreement. That will likely entail slowing spending in Medicare, which provides health care to 47 million seniors and disabled people and consumes about 15 percent of the federal budget.

Kaiser Health News answered several frequently-asked questions about the timeline for overhauling Medicare and reducing spending, and the proposals under consideration.

Q. The House passed a budget that included a Medicare overhaul last week. Will it become law?

No. With strictly Republican support, the House on March 29 approved a federal budget for 2013 that included controversial Medicare changes written by Budget Committee Chairman Paul Ryan, R-Wis. Democrats control the Senate, however, and they’ve said they will not take up a budget resolution this year. That means the GOP document will serve mostly as an election-year rallying point. Republicans will cite it as proof they are serious about reducing the nation’s deficit, while Democrats will portray it as an attack on senior citizens and others. On Tuesday, for instance, in a speech before the American Society of News Editors, President Obama called the Ryan Medicare plan a “bad idea” that “will ultimately end Medicare as we know it” and force seniors — particularly sicker ones — to bear a larger share of their health care costs.

Q. So Medicare will remain untouched at least until next year?

No. The 2010 health law made some potentially important money-saving changes to the program. It saved $500 billion in Medicare spending over 10 years, in part by cutting rates to private Medicare Advantage plans and by reducing payments to hospitals and other medical providers. It also requires higher-income seniors to pay more for their care. In addition, the law created a yet-to-be-constituted panel of experts, called the Independent Payment Advisory Board, to cap federal spending on Medicare at no more than the growth rate of gross domestic product plus 1 percent.

After the November elections, lawmakers will seek agreement on ways to cut the deficit once again, including through targeted proposals to lower Medicare spending, and if they are unsuccessful, automatic spending cuts of 2 percent will take effect starting in 2013 — all from payments to hospitals and other care providers.

Q. What about more structural changes, like the ones that Ryan has been pushing?

Ryan has gotten a lot of attention for his Medicare proposals, which are likely to be considered along with other overhaul plans next year, especially if Republicans win control of the Senate or the White House, or both. The latest Ryan proposal was nearly identical to a premium support idea he put forward in December with Sen. Ron Wyden, D-Ore., and to one that GOP presidential hopeful Mitt Romney crafted in November. It would provide a set amount of money for future Medicare beneficiaries — those currently under the age of 55 — to purchase either a private health plan, or the traditional government-administered program through a newly created Medicare exchange. That subsidy would replace the guaranteed set of benefits the federal government now provides regardless of costs.

Q. Does Wyden’s support mean that other Democrats will get behind it?

Not likely. Even Wyden didn’t endorse the House Republican budget because it has stricter spending limits than the plan the two co-authored. Democrats dislike how Ryan’s plan would shift risk to seniors, and plan to campaign against it this fall. They point to a Congressional Budget Office analysis of a similar proposal last year that projected that by 2030 a typical 65-year old would be required to pay 68 percent of the total cost of his or her Medicare-covered services. That compares with the 25 percent they would pay under current law.

Also, some critics argue the promise in Ryan’s latest proposal that future beneficiaries can choose the traditional, government-run program is disingenuous. They cite the risk the government-run plan would attract the sickest people, driving up its costs, while private plans lured the healthiest, and that medical providers could abandon the program if Medicare cuts their rates to curb costs.

Q. Is there anything that Democrats and Republicans actually agree on?

Both Ryan and President Obama have proposed capping the growth of Medicare to the annual increase in the gross domestic product plus 0.5 percent. Both Democrats and Republicans talk about increasing the eligibility age of Medicare from 65 to 67 and requiring higher-income beneficiaries to pay more.

Q. Where do the presidential candidates stand on Medicare?

Republican presidential hopeful Mitt Romney’s plan is similar to the one that the House approved last week, and which both he and competitor Newt Gingrich have endorsed. Rick Santorum, another GOP competitor, also supports Ryan’s ideas, but has said he would prefer eliminating the traditional, government-run program and requiring beneficiaries to choose from plans offered by private insurers. Ron Paul would maintain Medicare for current seniors, but would wean younger people away from the insurance program in favor of free-market approaches.

Obama takes a somewhat different tack: His health care law retains Medicare’s current benefit structure, but authorizes some efforts to try restraining spending by moving to a reimbursement system that rewards providers based on patient outcomes, rather than on volume. The law also requires higher-income beneficiaries to pay more for their care, and created a panel to make recommendations to cap Medicare’s growth if it should exceed a certain percentage of the GDP. Last year, the president rebuked Ryan for his earlier proposal to overhaul Medicare in a speech at George Washington University, saying it was “less about reducing the deficit than it is about changing the basic social compact in America.” Obama called for what he said was a “balanced approach” that included spending cuts as well as tax increases.

Revamping Medicare: A Guide To The Proposals, Politics And Timeline