The federal government spends 14 percent less than private insurers for knee replacement surgery and its related costs, even though Medicare patients are older and twice as likely to be readmitted to the hospital, a research paper released this week shows. 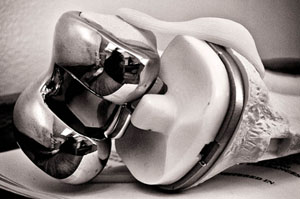 Sharp differences in what Medicare pays for hospital care – on average $6,400 less than what is paid by commercial insurers –  accounted for a large part of the cost difference, found researchers from the Health Care Incentives Institute, a nonprofit that studies quality of care and backs the idea of “bundling” payments for medical services.

The finding comes amid calls by conservative lawmakers in Congress and the states to hand over more authority to private insurers in hopes they would prove more efficient at curbing costs.

In recent years, hospital prices charged to commercial insurers have gone up rapidly, while Medicare has been more successful in moderating such increases, says Francois de Brantes, study co-author and executive director of the Newtown, Conn.-based group.

“Every single commercial payer and employer ought to ask themselves why is it that we’re paying $1.50 for something the government pays $1 for,” says de Brantes.

Medicare sets the amounts it will pay for the surgeries, while commercial insurers negotiate with hospitals that have varying clout: In some areas, insurers are powerful enough to drive prices, while in others, hospitals have large market share or must be included in networks, and therefore have a negotiating advantage.  Hospitals accept lower rates from Medicare because the program represents such a large share of their revenue.

The American Hospital Association says the study’s results are not surprising given that Medicare pays less on average than it costs to care for its beneficiaries, says Caroline Steinberg, vice president of trends analysis for the association. And Medicaid – the government program for the poor — pays even less, so hospitals must compensate for the lower government payments by shifting more costs to private insurers, she says.

Hospitals lost money on Medicare patients overall in 2011, according to the Medicare Payment Advisory Commission in its most recent report.

The knee replacement study, published on the institute’s website, used data from 19,000 Medicare surgeries and 32,000 commercial ones, finding the average cost of care provided during 180 days surrounding the surgery was $22,611 for Medicare patients, and $25,872 for those covered by commercial insurers.

De Brantes agrees that Medicare payments fall short of covering hospital costs for some treatments, but says knee replacements are profitable for hospitals, even at Medicare rates.

He says hospitals could afford to shave several percentage points off their charges to both Medicare and private insurers for total knee replacement. The best way to do that, he says, could be for Medicare and private insurers to seek “bundled” payments that cover the entire cost of the procedure, including post-surgery rehabilitation services. Proponents of bundling, like de Brantes, say that incentivizes hospitals and doctors to work together to provide the most efficient care.

An additional cost driver for really expensive cases – for both commercial insurers and Medicare – is potentially avoidable complications, such as infections, bleeding and blood clots, although such problems were relatively rare, says de Brantes.

Other studies have shown differences in what commercial payers shell out for doctor office visits and hospital care versus government programs.  A February report by the Center for Studying Health System Change found wide variation between what insurers covering unionized autoworkers and Medicare paid for various services, including doctor office visits and hospital care.  Differences in overall health among the workers explained much of the variation, but doctor and hospital prices also played a key role. For example, the study found that prices paid for hospital care were, on average, 55 percent higher for the autoworkers’ insurers than what Medicare paid.

“We know that one of the reasons private insurers pay more is hospitals insist on it, but whether they are simply making up for the shortfall in Medicare and Medicaid, or whether they are aggressively gaining additional margin is a question that different people will answer in different ways,” says Paul Ginsburg, president of the center.