Andrea Borondy Kitt’s husband Dan lived for a year and a half after his October 2011 lung cancer diagnosis. She’s convinced, however, that he might have lived longer had Medicare paid for a low-dose CT scan of his lungs that could have caught his cancer in the early stages.

Nine months before his diagnosis, Andrea read about this test, which had demonstrated encouraging rates of detecting early stage lung-cancers in long-time smokers. She wanted Dan to be screened. But her husband, a 40-year smoker who had quit eleven years earlier, wouldn’t do it because Medicare didn’t cover it.

In a Monday announcement, Medicare officials signaled this policy is about to change.

The draft decision by the Centers for Medicare & Medicaid Services would provide coverage for this test to an estimated 4 million Medicare beneficiaries. To qualify, the beneficiaries would have to be younger than 74 and, asymptomatic for lung cancer, but have pack-a-day habit for at least 30 years. Those who quit as long as 15 years ago would still be eligible for the screening. 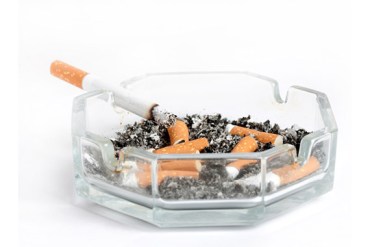 Based on an analysis published in the journal American Health and Drug Benefits, the average cost of the low-dose CT lung cancer screening would be about $241 per person screened for Medicare.

The health law required as part of its essential health benefits provision that insurers cover this screening. But Medicare – not part of this mandate – has lagged behind.

In addition, the U.S. Preventive Services Task Force in 2013 recommended the low-dose CT scan for heavy smokers aged 55 to 80.

Lung cancer kills approximately 160,000 people each year and is the leading cause of cancer deaths in the United States, according to National Cancer Society statistics. It also has a poor prognosis, notes the USPSTF. About 90 percent of people who have the disease die of it. However, when diagnosed early, the prognosis improves and the cancer can often be treated surgically.

The treatments for the late stages include chemotherapy and radiation, both of which are often debilitating for patients, said Ella Kazerooni, the director of cardiothoracic  radiology at the University of Michigan Health System. She said catching it early means doctors have a much better chance of finding a curable treatment.

“It’s both rewarding when you do catch it early, and you’re going for curable treatment — it’s a phenomenal place to be,” said Kazerooni, also the chair of the American College of Radiology and Lung Cancer Screening Committee. “For the great majority of people present, by the time they have symptoms it’s unfortunately spread too far.”

However, some critics have expressed concern about the risks of false positive results and over diagnosis. A “substantial proportion” of false-positive results occur, according to the USPSTF, and, though additional imaging can resolve most of these findings, some patients may require invasive procedures.

“The benefits of this have been overestimated, and the harms have been underestimated,” said Russ Harris, a professor of medicine at the University of North Carolina, Chapel Hill.  “If people were better informed, they would understand … the limitation of the screening’s benefit.”

Others cautioned that patients should not be misled into thinking that the screening is the counterweight to a serious public health problem. “Even with the screening, some people will still die … but this is secondary prevention,” said Alfred Munzer, former American Lung Association president and chair of Action on Smoking and Health. “It is a way of preventing people from dying from lung cancer, and it’s one that comes late in the game, but we have people who’ve smoked their whole lives and we have to care for those people.”

Meanwhile, Andrea Kitts understands that even if her husband had the test, it may not have identified his cancer at an early state. Still, she wishes he would have had the option of low-dose CT scan. “We can stop this. If lung cancer screening had been there, I might not be talking on the phone to you, but now the rest of my life is dedicated to lung cancer.”

The proposal, which would not be finalized until February, is now subject to a 30-day comment period. Such draft decisions are rarely reversed or significantly altered.